WOLF SPORTS ALERT There may be temporary login issues due to site maintenance. Thank you for your patience!
Home / frontfantasy / Fantasy Football Stock Report: Week 11, 2017 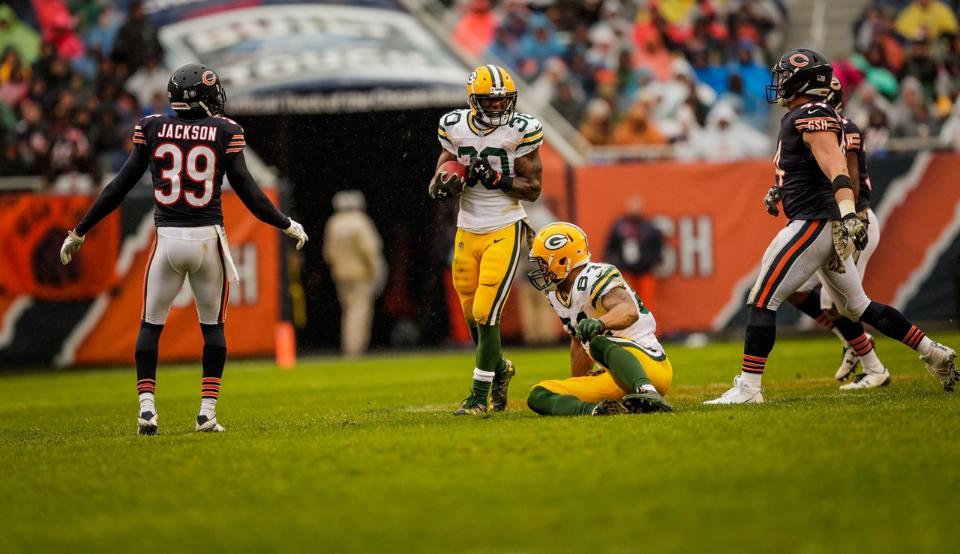 It’s no secret that Big Ben hasn’t been great this year. He’s throw for 12 touchdowns with 10 interceptions, and he’s yet to have more than 17 fantasy points in a game. So why is his stock rising? Well, the schedule is in his favor with four of his next five games at home, including two really good matchups against the Titans and Packers of the next two weeks. He should provide QB1 value down the stretch.

It’s a little strange to see New Orleans not chuck it around every week, as they have relied on their running game to take the load off Drew Brees, which has led to the NFL’s third-best rushing attack. But while the Saints have had success, the same can’t be said for Brees’ fantasy production, as he’s 11th in fantasy points and hasn’t thrown a touchdown in two of his past three games.

Devonta Freeman suffered his second concussion of the year in Sunday’s win over the Cowboys, so Tevin Coleman is going to operate as the starter for at least one game after carrying it 20 times for 83 yards and a touchdown in Week 10. The third-year back is a high-upside RB1 every time he gets a start.

Miller was the workhorse for the Texans a few weeks ago in Seattle, and he scored twice on 24 touches. Unfortunately, rookie D’Onta Foreman is suddenly back as a significant part of the backfield after not receiving a carry in that aforementioned game, and Miller has only out-carried him 21-18 over the past two weeks. He’s probably back to FLEX status.

Keep an eye on Ty Montgomery’s status after he left Sunday’s game with a rib injury, but Jamaal Williams could potentially handle 20+ touches in Week 11 if Montgomery sits along with Aaron Jones (knee). The rookie doesn’t have the juice that Montgomery or Jones do, but he’d be a volume-dependent RB2 if he has the backfield to himself.

Damien Williams had started both games since Jay Ajayi was traded, but he’s rushed 16 times for just 33 yards, and is averaging 2.3 yards per carry on the season. On the same amount of carries over the past two weeks, Kenyan Drake has rushed for 151 yards, and he’s averaging 6.8 yards per carry this year. They’ll both be involved, but fantasy owners should clearly want Drake over Williams in all formats.

Who doesn’t love JuJu? The rookie wideout is averaging 18.0 yards per reception and has totaled 12 catches for 290 yards and two scores over the past two weeks—both on the road. Pittsburgh plays five of their final seven games at home, so Smith-Schuster should be a monster for the Steelers, especially since defenses aren’t suddenly going to take coverage away from Antonio Brown.

Marvin Jones might be the streakiest fantasy receiver around, as after a three-game stretch of 6/96/1, 6/128, and 7/107/2, he was held to one reception for 22 yards against the Browns. Everyone was fooled into thinking he would be a WR1/WR2 the rest of the way, but Jones is just a solid FLEX.

Thielen has been sensational this season with 56 catches for 793 yards and two touchdowns, and both scores have come in the past two weeks. If the dynamic receiver can find the end zone on a consistent basis, he is going to vault into the WR1 conversation for the fantasy playoffs, and he might already be there in PPR leagues.

It doesn’t look like Henry will have a big-time breakout this year, as the Chargers haven’t made the 22-year-old weapon a significant and consistent part of the offense. After a great stretch from Week 2 to Week 6, Henry has just three receptions for 18 yards over the past two games.