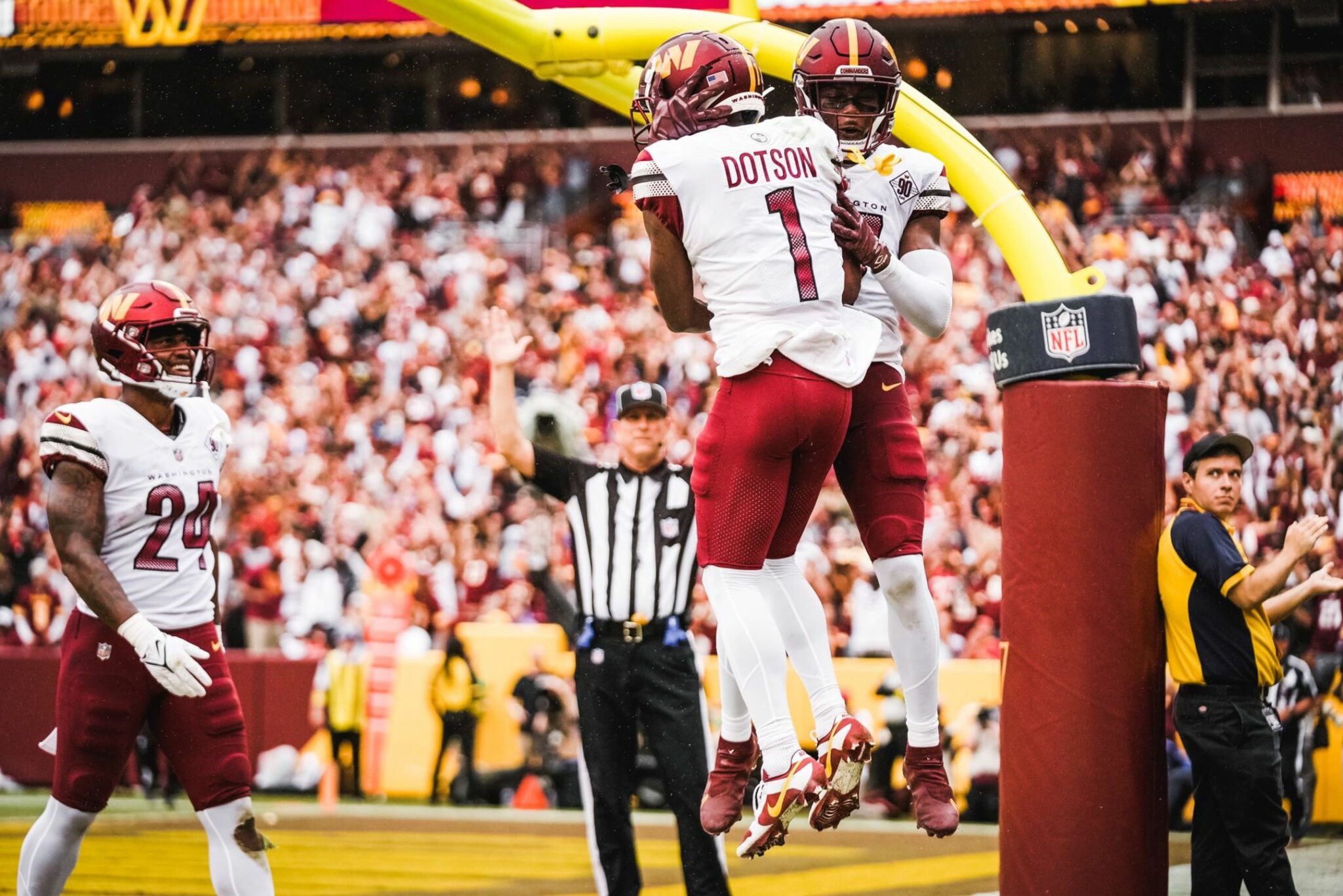 Josh Allen (31.48 fantasy points) was in poll position heading into the weekend after his performance on Thursday night, but Mahomes came out and tossed five touchdowns in the first game without Tyreek Hill—which along with 360 passing yards gave him 34.9 fantasy points. The Chiefs now get a prime shootout opportunity in a few days versus the Chargers and will be difficult to defend with so many options on the offense.

Last season was very disappointing for Barkley, and he’s clearly determined to prove he’s one of the game’s best running backs based on how he ran yesterday. In a hard-fought win over Tennessee, Saquon rushed 18 times for 164 yards and a touchdown while adding six receptions for 30 yards—plus the game-winning two-point conversation that he made happen on his own to beat backfield penetration.

The Colts must be sick that the work only resulted in a tie versus Houston, but Taylor was fed in the opener—turning 35 touches into 175 yards and a touchdown. Indy’s best player needs to continue being given heavy workloads to maximize the team’s potential, and they’ll try to get some payback on the Jaguars in Week 2 for how last season ended.

Jefferson went off begin 2022, as the Packers didn’t shadow him with top cornerback Jaire Alexander and saw him catch nine-of-11 targets for 184 yards and two touchdowns. Most of the damage came in the first half, and it could have been an even bigger game for Jefferson if Green Bay was able to produce offensively.

Although the Rams were dominated in the opener, Kupp picked up where he left off last season—hauling in 13 receptions for 128 yards and a score as the only source of offense on the night. It would be surprising if Sean McVay didn’t get Allen Robinson and others involved more in future weeks, but Matthew Stafford wanting to lock onto Kupp could again have him close to his 2021 numbers (148/1,947/16).

Patrick Mahomes might have apologized to fantasy owners for the Chiefs having more of a spread-the-wealth offense this season, but Kelce should remain on another level and was probably excluded from the comments. In a 44-21 victory, the All-Pro tight end caught eight passes for 121 yards and a score to finish as the no-doubt TE1 (22.1 fantasy points) pending the results of Monday night.

A bunch of options with 20+ fantasy points have a case, but we’ll go with the highest scorer in Adams—who had ten receptions for 141 yards and a touchdown in his Raiders debut. The 17 targets for Adams put him atop the NFL, and even with the team expected to get Hunter Renfrow and others more involved for future outings, it’s obvious that Derek Carr will lock onto his former college teammate quite a bit.

Starting the Steelers carried some risk against the high-powered Cincinnati offense, but those that stuck with them were rewarded by the opportunistic unit compiling four interceptions, a fumble recovery, seven sacks, a blocked kick, and a touchdown in the overtime win. All attention now turns to the status of T.J. Watt (pectoral).

The talent of Koo makes him a weapon for fantasy owners if Atlanta’s offense moves the ball well enough—and that happened on Sunday as he hit four-of-five kicks, including a couple bombs of 50+ yards. Koo will try to stay hot next week for a trip to face the Rams.

Surprise of the Week: O.J. Howard

Despite being unable to crack Buffalo’s roster this summer, Howard took full advantage of his first game with Houston by catching two touchdowns on two targets (from 16 and 22 yards) to trail only Travis Kelce in terms of fantasy points at tight end. Howard isn’t a recommended pickup at this point in 12-team leagues, but he’ll at least draw some deep appeal when bye weeks begin to kick in.

The first week of the season—as always—had plenty of disappointments, but Dallas was arguably the biggest with Dak Prescott (4.46 fantasy points), Ezekiel Elliott (5.4), and CeeDee Lamb (3.9) all underperforming for what was a hopeful shootout against Tampa Bay. Now, the Cowboys will be without Prescott for a chunk of the season following hand surgery, and the disappointments could continue if Cooper Rush and the offensive line don’t play well.

Rookie of the Week: Jahan Dotson

Dotson had an NFL debut to remember for the Commanders—catching two touchdowns with one of them being the game-winner from Carson Wentz with less than two minutes to play in the fourth quarter. We’ve highly recommended Dotson this summer as the top rookie wideout despite others drawing significantly more buzz, and Sunday was a great start for him.

Jefferson and Patrick Mahomes tied with 34.9 fantasy points, but the Minnesota wideout gets the edge for MVP honors by being uncoverable in Kevin O’Connell’s offense. It also happened to be an answer for what Cooper Kupp did on Thursday night, and the debate between those two from both a real-life and fantasy perspective should carry on throughout the season.