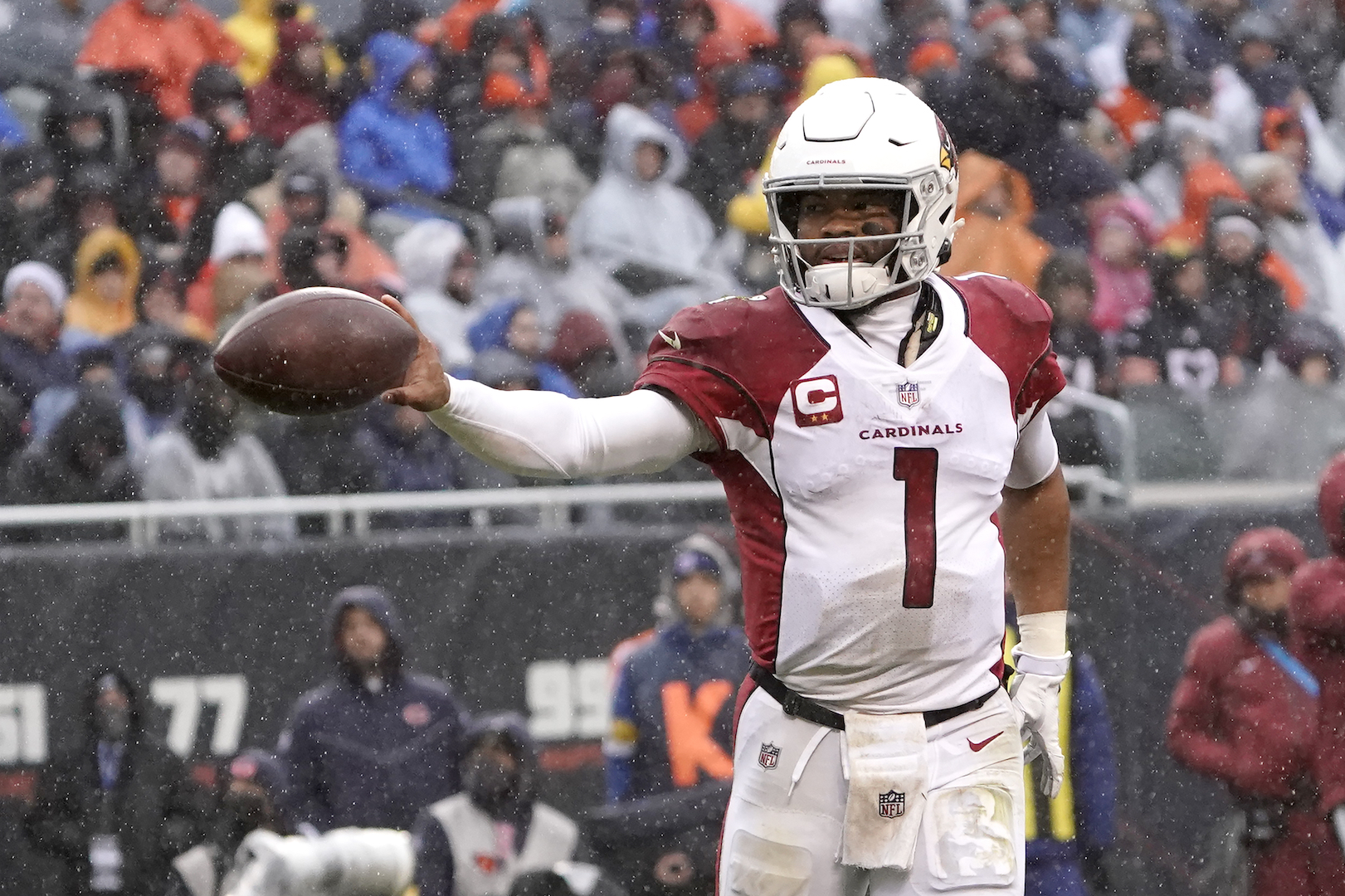 Murray returned to the lineup for the first time since Week 8 and wasted no time putting up numbers—as he rushed for two touchdowns (plus 59 yards) and tossed two more on just 11-of-15 passing to finish with 30.82 fantasy points. Production on the ground remaining high the rest of the way would put Murray back towards the top of the QB1 ranks for the fantasy playoffs.

We knew Williams would be unleashed last night without Melvin Gordon (hip) in the lineup, and he still exceeded expectations with 23 carries, 102 rushing yards, six receptions, 76 receiving yards, and a receiving touchdown. The rookie was basically the only offensive bright spot for Denver.

Taylor remained dominant in Week 13, turning 32 carries into 143 yards and a couple of scores—giving him 18 total touchdowns over the past ten games. It will be very interesting to see what kind of game plan New England has to slow him down when Indy returns from their Week 14 bye.

The Vikings losing Adam Thielen (ankle) led to Jefferson matching his season-high in targets (14), which he turned into season-highs in receptions (11) and receiving yards (182) while also catching his seventh score of the season. Last year’s NFL Offensive Rookie of the Year is up to a 78/1,209/7 line with five games to go.

Pittsburgh’s offense couldn’t hold the ball in the first half, but they finally were able to get going in the second half of their comeback victory—with Johnson’s eight receptions, 105 yards, and two touchdowns (including the game-winner) being a huge part of it. Johnson now has double-digit targets in nine of his 11 appearances this year.

Although it came in a loss, Kittle broke out with a monster showing on Sunday—catching nine passes for 181 yards and two touchdowns, as Seattle had no answers for him. The performance was Kittle’s third career game with 180+ receiving yards.

Even though he wasn’t the highest-scoring option left on the board to fill the FLEX spot in 0.5 PPR leagues, Godwin gets the nod here after hauling in 15 receptions for 143 yards on Sunday. Those in full PPR formats were rewarded with 30+ fantasy points from Tom Brady’s top target.

The Indianapolis defense was dominant in a great spot versus the Texans—holding them to just 141 total yards in a shutout victory. Kenny Moore played a huge role in the game by getting an interception and forcing a fumble.

Elliott was quiet in Week 12’s loss to the Giants, but he got back on track yesterday by hitting all four field goals and all three PAT attempts to pace the position with 17.0 fantasy points.

Surprise of the Week: Mike Davis

The week didn’t have many major surprises, but Davis fits the billing with 69 total yards and a touchdown on just eight touches versus Tampa Bay’s stout run defense. While he’ll get another tough matchup next week against the Panthers, Davis should have more stable FLEX value.

Kansas City failed to reach expectations coming off the bye, as Patrick Mahomes (12.56 fantasy points), Tyreek Hill (3.2), and Travis Kelce (4.2) were all quiet despite many wanting to say “they’re back” after one big game versus the unprepared Raiders. Maybe facing that same Las Vegas defense next week will be enough to break out of it, but Mahomes has failed to throw for multiple touchdowns in five of his past six games.

Rookie of the Week: Javonte Williams

Williams is an easy choice here, and it’s unfortunate that Denver’s passing attack gave him zero help for what was a legitimate chance to pull off the road upset. Over the past two weeks, Williams has gone for fantasy point totals of 18.6 and last night’s 26.8.

The highlight for Kittle on Sunday was a catch-and-run down the left sideline for six, and the Seahawks were lucky Kyle Shanahan called a timeout in the closing moments on what would have likely been a third score with the tight end being open on a corner route. Still, fantasy owners can have zero complaints after Kittle went for 35.1 fantasy points to easily top all scores from the position in 2021.