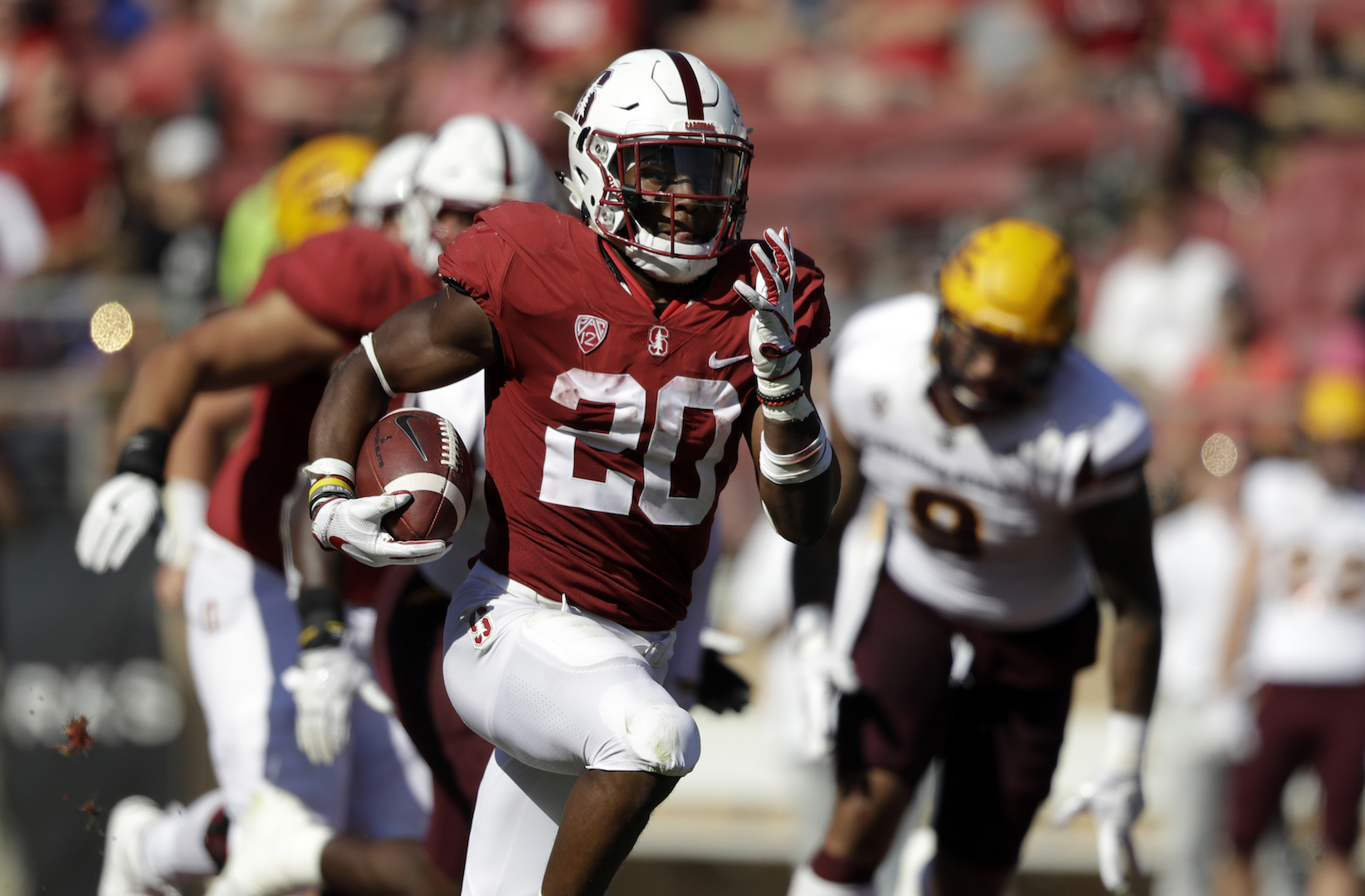 
The 2018 Heisman Trophy candidate countdown concludes with a running back that was a potential first-round NFL draft choice but returned to school for his senior season. Here is the entire countdown in case you missed anything:

Stanford’s Bryce Love dealt with an ankle issue for parts of last season, but he still rushed for 2,118 yards and finished second in the Heisman voting. He’s our number one candidate for the award heading into 2018.

Love being a top candidate for the Heisman Trophy doesn’t need much of an explanation. He rushed for an absurd 1,240 yards in the first six games last season, rushing for at least 152 yards in each of those games. The next game against Oregon, Love suffered a high-ankle sprain and had only 147 rushing yards, but then he missed the team’s next two games. After that, Love was never quite 100% but toughed it out and finished the year with well over 2,000 yards. His patience, vision, and breakaway speed is what allowed him to set an FBS record number of runs over 50 yards last season. If Love remains healthy all season long, he could put up some astronomical numbers with the type of workload he’s expected to get; and he should get more work in the passing game this season (he had six receptions last year). Also, Stanford figures to be one of the best teams in the Pac-12, while USC, UCLA, and Washington State all lost their starting quarterbacks.

Because Love has a bright future in the NFL, Stanford might decide to limit his touches in some games—particularly blowouts. Other teams are going to be focused on trying to stop Love each week after the year he had in 2017.

Love just needs to stay healthy and the huge numbers should come. If Stanford wins their conference or is at least one of the best teams in the nation, Love will be at the forefront of the Heisman conversation.