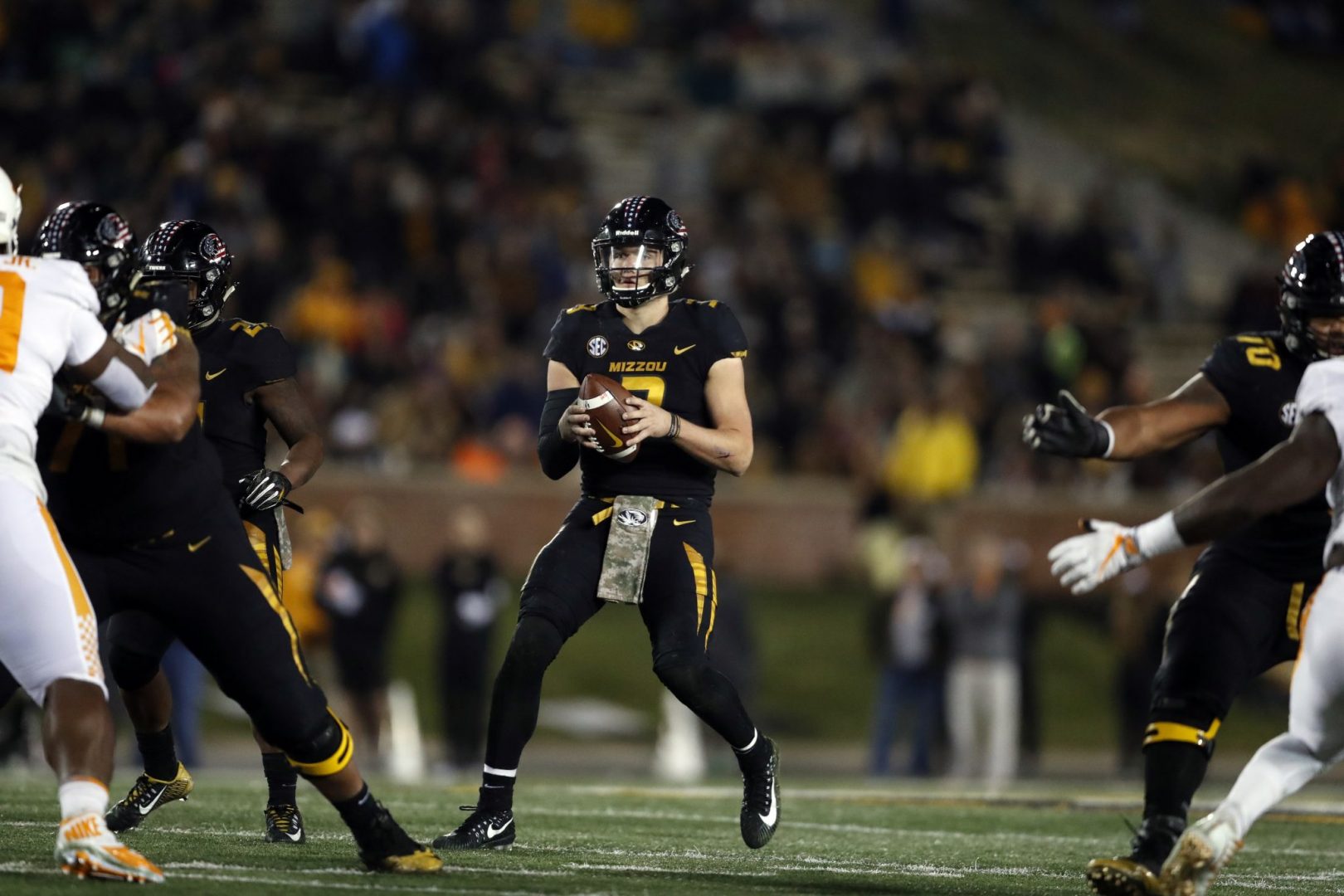 
Missouri quarterback Drew Lock put up huge numbers in the SEC last season, and he’s one of the top Heisman Trophy candidates heading into 2018.

Drew Lock has a cannon for a right arm and has the personality to quickly push himself into the forefront of the Heisman conversation.

Last season, Lock led the nation and set a school and SEC record in touchdown passes (44) with a respectable 12 interceptions in offensive coordinator Josh Heupel’s offense. Lock has already shown he can put up the eye-popping stats despite playing in a tough conference, so he has as high of a touchdown upside as any player in the country. Being near the top of statistical leaderboards is a prerequisite to compete for the Heisman Trophy, and Lock should have that box checked.

Josh Heupel is now the head coach at UCF, so there will be some adjustment for Lock being without his offensive coordinator from a record-setting 2017. Also, the Tigers are not expected to be among the strongest competitors for an SEC title this season. And after setting a conference record in touchdown passes last year, it might be difficult to duplicate and exceed that performance.

If Lock can somehow throw another 40+ touchdown passes while decreasing his interception numbers to single digits, while Mizzou competes for an SEC title, he’ll be squarely in the Heisman race.