WOLF SPORTS ALERT Initial 2022 fantasy projections are complete; we are working on displaying them in a new sortable table with standard, half PPR, and PPR toggles.
Home / frontfootball / 2021 Heisman Trophy Watch: Week 4 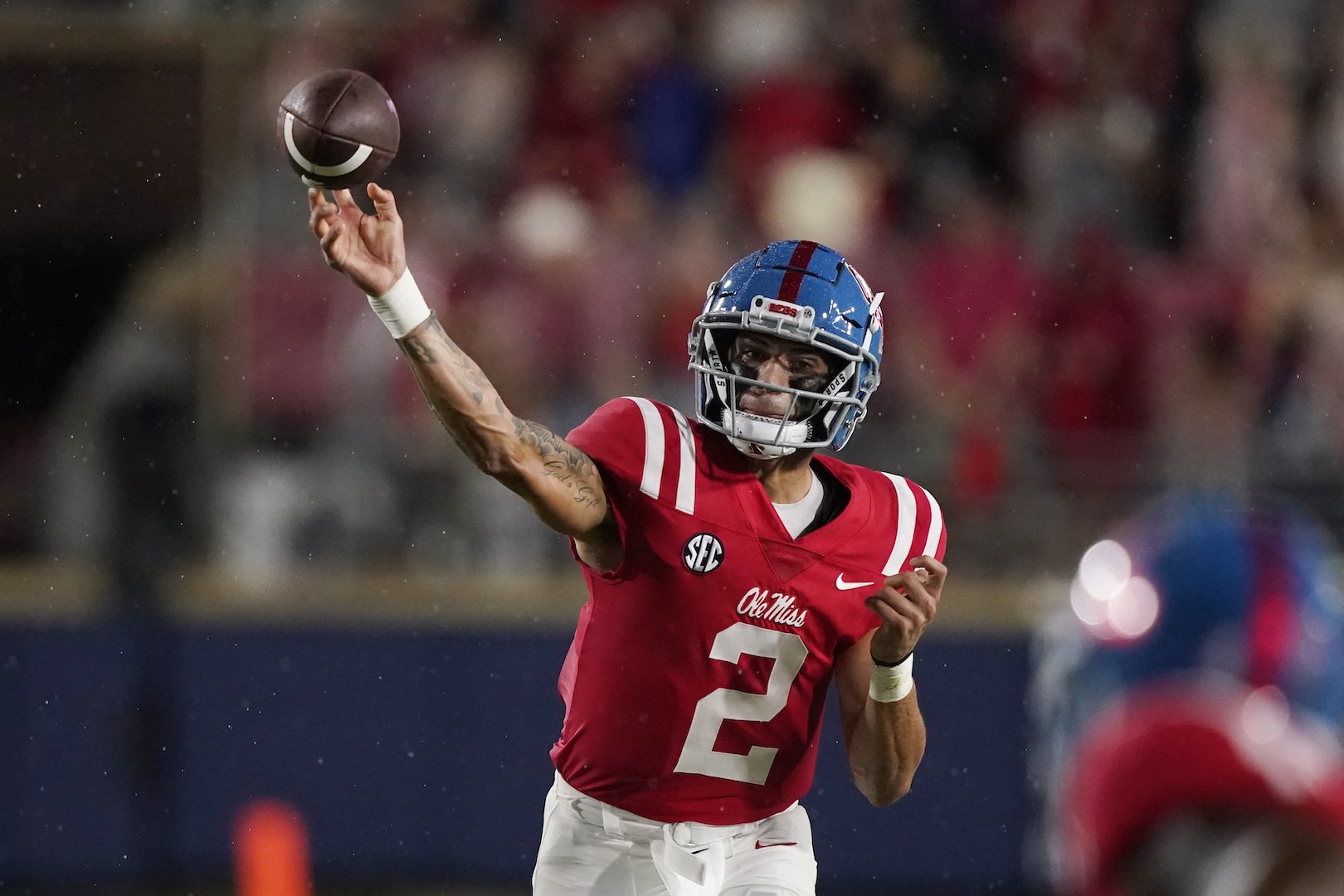 
The early 2021 Heisman Trophy watch gets a new entrant into the top five after a few full weeks of football.

Bryce Young still hasn’t had to use his legs much, but he and the Crimson Tide put up over 30 points again in a big win in “The Swamp”. Young is running one of the nation’s top offenses for the No. 1 team in the country with very good efficiency, and he keeps the top spot in the Heisman watch with a key SEC victory under his belt.

Ole Miss quarterback Matt Corrall totaled seven touchdowns (and four rushing!) in a route over Tulane. With some flashiness to him, and while playing for Lane Kiffin, it was probably a mistake not to include Corral in the top five earlier. The competition level (the Rebels have faced Austin Peay and Tulane the past two weeks) is what keeps Corral just behind Young in the Heisman race for now.

Transfer running back Kenneth Walker III has been on fire for Michigan State early in the season, and he carried the load for the Spartans with 172 yards on 27 carries—while also scoring a touchdown as a receiver—in a win over ranked Miami. Walker currently leads the country in rushing.

The preseason Heisman favorite, Spencer Rattler hasn’t had the individual start many expected this season. That’s not to say he’s not playing well; but it just hasn’t been a light-it-up type of campaign—at least not yet. There’s plenty of football to be played, and the dual threat quarterback is still up to nine total touchdowns through three games (all wins for the No. 4 ranked Sooners).

It was a quieter game for CJ Verdell after he torched the Buckeyes a couple of weeks ago, but that performance was among the best of any player this season and keeps him in the top-five narrowly over Cincinnati quarterback Desmond Ridder. Next up, Verdell and the Ducks begin conference play in the Pac-12.