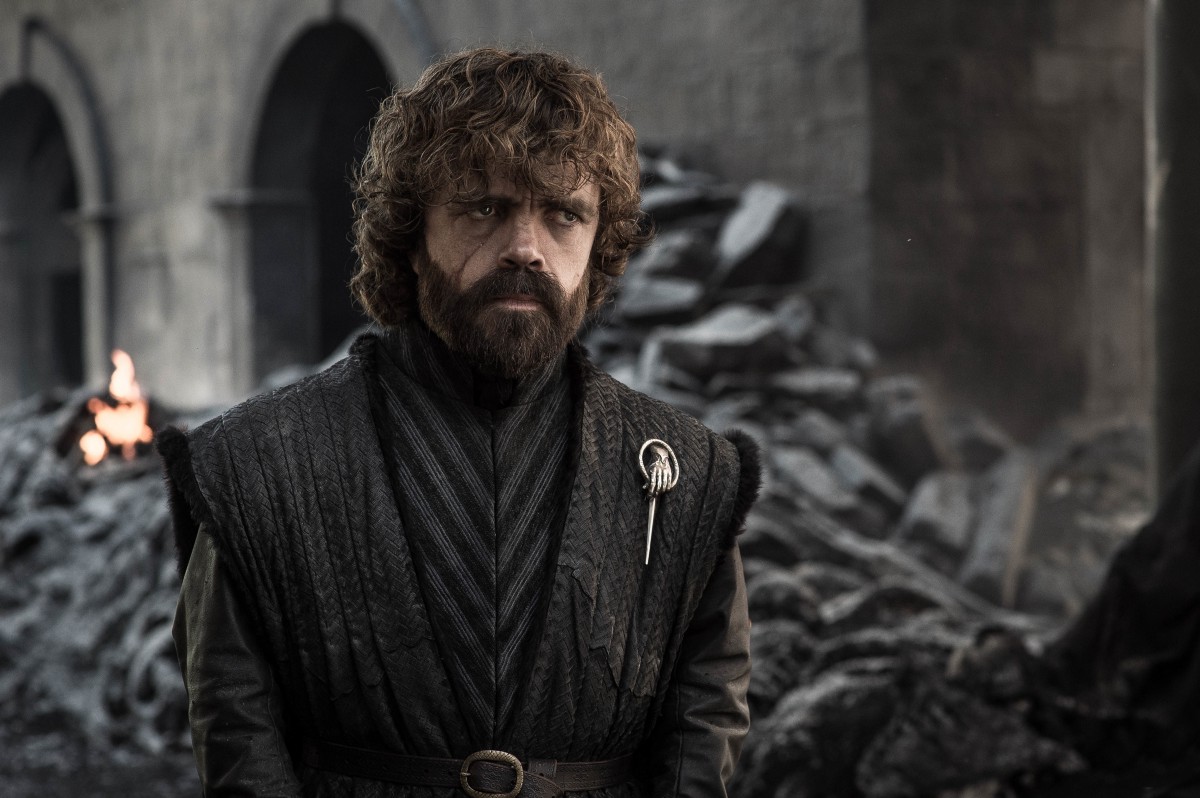 
It’s hard to believe Game of Thrones concludes in just two days, and we’ll soon learn how the legendary series ends and gets etched in history. The last 79 minutes remain mysterious, and one other thing we won’t know until the episode is over is the final episode title. We don’t want to speculate too much on what’ll actually happen in the finale, but these are our best guesses for the Game of Thrones finale title.

Much of the horror that’s taken place throughout Westeros for eight seasons has been because of the iron seat of power that sits in King’s Landing, so a simple title of “The Iron Throne” might be the perfect final episode title. This would be a better title if the last shot of the epic series is someone (Daenerys or whomever else) sitting on the Iron Throne.

“A Song of Ice and Fire”

As the iconic opening credits say for every episode, Game of Thrones is based on the “A Song of Ice and Fire by George R.R. Martin”. Jon Snow (ice) and Daenerys Targaryen (fire) have come together from opposite sides of the world, and that ice-and-fire theme could come into play one more time for the last episode.

The campaign for the final season was #ForTheThrone. Every death, battle, betrayal, alliance, and sacrifice throughout the first 72 episodes was For The Throne, so it’d be fitting for the conclusion to the series to be titled “For The Throne”.

“A Game of Thrones”

The first episode of the series could have easily been called “A Game of Thrones” based on the name of the first book in George R.R. Martin’s series (the premiere was instead called “Winter Is Coming”), so maybe the show will end with the classic title. It could also just be the show’s title “Game of Thrones” without an “A”.

“A Time for Wolves”

Originally in contention for the title of GRRM’s last book in the ASOIAF series, “A Time for Wolves” would be a perfect episode title if the Starks overthrow Daenerys to end Game of Thrones. Keep in mind, the Season 8 episode titles have not been revealed until after the episodes have aired, and maybe HBO did that because they didn’t want to give away the finale.

“A Dream of Spring”

The title of GRRM’s last book is now expected to be “A Dream of Spring”, so it makes sense for the final episode of Game of Thrones to be the same. After all the fighting and death, everyone might just want to go back to when it wasn’t winter. The only downside to this potential episode title is that the White Walkers have already been defeated, and they were a big part of the dream of spring.

We know the Starks don’t care much for the south, and maybe they just won’t care about whatever is going on in King’s Landing with Daenerys. “The North”, or maybe even “The Real North”, would be a great episode title if Jon ultimately decides to join Tormund and Ghost north of the Wall to live out his days.

If the final episode centers around Jon and Daenerys—whether they square off against one another, or Jon still accepts Daenerys as his queen despite her drastic actions—“The Targaryens” could be the choice for the title. The Targaryens were the ones who created the Iron Throne, and that’s what a lot of this story has been about.