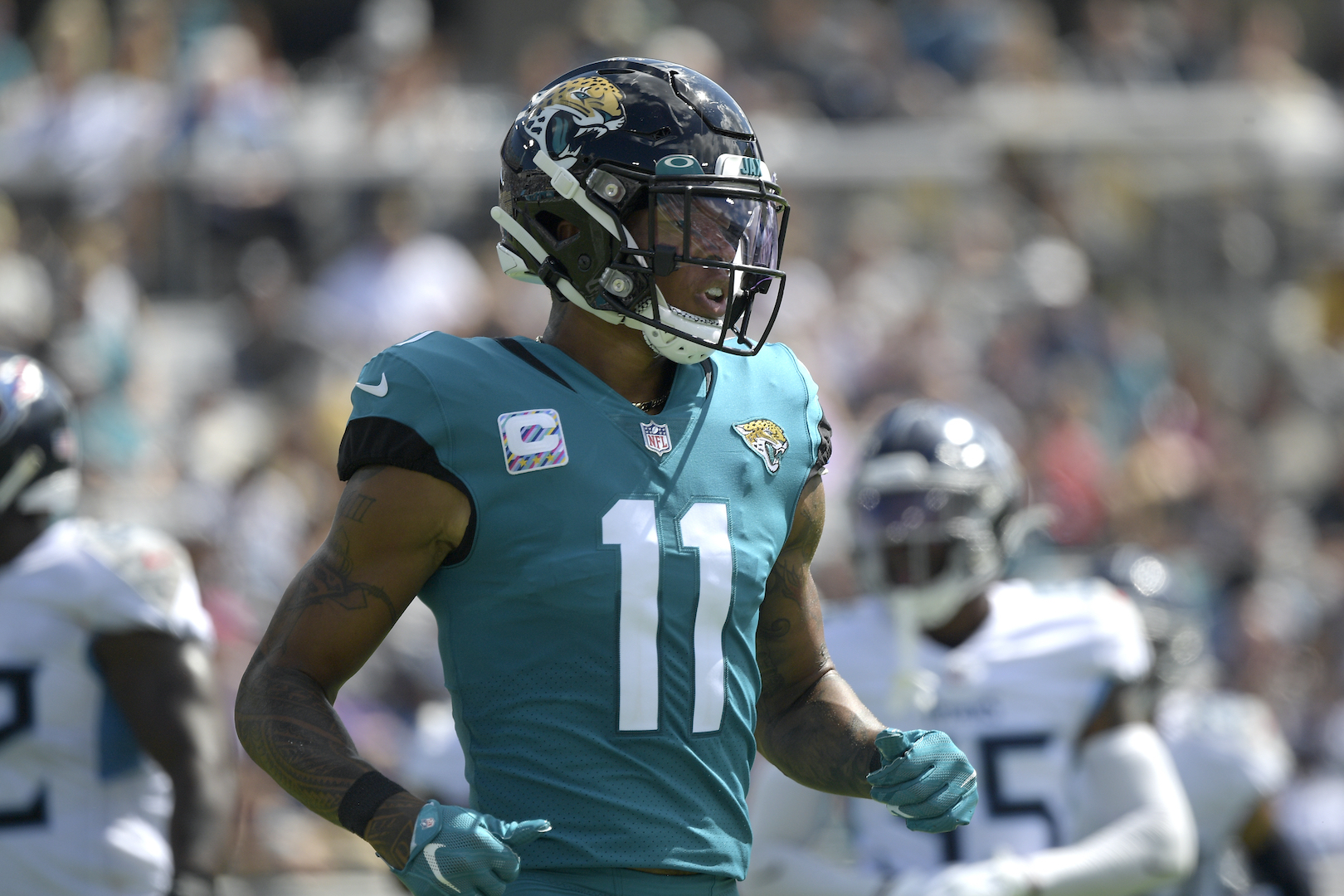 
The Week 16 NFL power rankings for 2022 are cut down in length slightly, as I’m trying to make it quicker for you all to go through. Thanks for reading every week, and Merry Christmas!

Jalen Hurts bounced back from a slow start and two interceptions to eventually deliver his usual pinpoint passes all over the field—leading to a career-high 181 yards for A.J. Brown. Ahead of a Christmas Eve matchup at Dallas, the attention turns to Hurts’ sprained shoulder after he played through it last week.

It ended up turning into more of a high-scoring game than expected in milder weather than expected on Saturday night, but Josh Allen and the Bills again came through at the end of the Week 15 victory while continuing to put those close-game concerns behind them.

The Texans gave the Chiefs more trouble than expected, but Kansas City came through thanks in large part to the way Jerick McKinnon (game-winning touchdown in overtime, four touchdowns total the past two games) is playing.

The Bengals defense led by coordinator Lou Anarumo has been sensational at making adjustments and playing lights out in the second half of games this season. The offense eventually got going, but the Cincinnati defense was the driving force behind the comeback win at Tampa Bay.

The 49ers clinched the NFC West with three weeks remaining thanks to their comfortable win at Seattle last Thursday night. I strongly agree with 49ers head coach Kyle Shanahan’s stance on whether to rest players or not:

The Cowboys allowed 27 second-half points and lost on a pick-six in overtime to the Jaguars, so that was a tough collapse for them which makes it nearly impossible to win the NFC East. Dallas will likely be the No. 5 seed in the NFC, but they’ll want to be playing well down the stretch—and they’ll want to show they can beat the rival Eagles this Saturday.

I don’t know what to make of the Vikings after they pulled off the largest comeback in NFL history (33 points) last Saturday versus the Colts. To be down that much at home to a team like Indy is concerning, but a comeback like that is something only a special type of team should be able to do. The “fraud” talk was very loud in the first half last week, and Minnesota can prove people wrong with a deep postseason run.

It wasn’t an outstanding game overall for Justin Herbert, but he came up clutch with big throws to Mike Williams to set up the game-winning field goal by Cameron Dicker. At 8-6 with matchups against the Colts, Rams, and Broncos, LA simply must get into the playoffs after just missing in 2021.

J.K. Dobbins continues to run well since his return from IR, with the long speed still working its way back. But the Ravens aren’t getting enough from their passing game this season, and that includes when Lamar Jackson (knee) has been under center.

Again, it wasn’t as challenging of weather circumstances as expected for most of the game, but the Dolphins showed something with the way they went toe-to-toe with the Bills in Buffalo. They’re back into the top ten despite the third consecutive loss.

The Giants also make a leap back up the power rankings after getting the massive road win at Washington on Sunday night. Daniel Jones is simply doing what it takes to win games, the defense is stepping up in key spots, and Saquon Barkley felt primed to take over.

Losses don’t get much worse than this:

What just happened?? The @Raiders win on the final play!! #NEvsLV pic.twitter.com/cmKNUuab1k

Especially when you consider the Patriots were arguably given an awful hand on the game-tying touchdown where it looked like Keelan Cole was undoubtedly out of bounds. The inconsistent offense is a concern, but New England has had some close losses this season. However, some tight (and controversial) losses could be the difference in making or missing the playoffs, with a very tough schedule to close out the year.

The Titans have now lost four in a row, but they at least played better in their loss to the Chargers last week, so that’s encouraging. Rookie cornerback Roger McCreary made a rare play for Tennessee in the loss:

What a play by #Titans rookie cornerback Roger McCreary 🧠

It might be rookie Malik Willis under center for the Titans, with Ryan Tannehill (ankle) looking doubtful.

The loss to the Bengals encapsulates the Bucs’ season to me. There’s been way too much inconsistency with Tampa Bay, who showed their potential dominance in the first half before collapsing. They somehow must get fully on track over these final three regular season games.

The Lions have climbed all the way back from a 1-6 start to get to 7-7 and in the thick of the NFC wild card race after securing a close road win over the Jets. Dan Campbell has done an outstanding job with this hard-playing club.

With their comeback win over the Cowboys and the Titans’ loss, the Jaguars are just a game back in the AFC South and suddenly control their own playoff destiny. Three consecutive wins gets them in, and Trevor Lawrence is playing as well as anyone at quarterback over the past month.

The Seahawks remain in legitimate contention for a playoff spot in the NFC, and though they ultimately might be “a year away” this is a huge three-game stretch for Geno Smith while looking to keep showing he’s the guy to lead the team moving forward. Smith will have to do it without Tyler Lockett (hand) for at least this week—a tough task with a matchup against the Chiefs.

The home loss to Detroit puts the Jets on the outside looking in for a playoff spot, but I like the way Zach Wilson played in his return to the lineup. The ability that made him the No. 2 overall pick last year was on display in flashes, and tomorrow night versus the Jaguars is a huge opportunity for Wilson and New York.

The Commanders might have lost anyway, but they have some beef with the officiating on the final drive of their Sunday Night Football loss. Washington currently holds the No. 7 seed in the NFC and will look to hold it when they face the Niners this weekend.

Despite the highly surprising first 13 games before they finally had the bye week, the Packers found themselves in a spot where they’re looking to win four straight to get to 9-8 and see what happens. Step one is complete after defeating the Rams, Green Bay is looking more dangerous with Romeo Doubs back in the lineup to complement Christian Watson, Allen Lazard, and Randall Cobb among the receivers Aaron Rodgers is working with.

Nearly 50 years to the day of the Immaculate Reception, NFL legend Franco Harris has sadly passed away at 72 years old.

It’s very unfortunate with one of the most famous plays in league history and Harris himself being celebrated on Christmas Eve night for the Raiders-Steelers game. On the field, Pittsburgh and Vegas are both looking to keep their slim playoff hopes alive, and we should get a great game in bitter cold weather.

While the game-tying touchdown call was debatable to say the least, and the Patriots essentially handed them the game at the end of regulation, credit to the Raiders for bouncing back from the crushing TNF to the Rams. Expect a heavy dose of Josh Jacobs at Pittsburgh.

The Browns defense has stepped up as of late, and it comes at a good time with a defensive battle likely this week against the Saints. Assuming Nick Chubb (foot) is good to go, he’ll be the key for Cleveland getting to 7-8.

The winning formula for the Panthers of trying to avoid mistakes with Sam Darnold at quarterback didn’t equate to a win last week, but the team remains in the NFC South mix when they host the Lions this week.

The Saints desperately needed a win against the Falcons to get the bad Bucs loss taste out of their mouth after the bye week. Andy Dalton (two touchdowns) and Taysom Hill (one touchdown) both contributed as passers, and New Orleans needs to keep that up to have success.

The Falcons offense looked very similar with Desmond Ridder under center, as it was a run-heavy approach that includes the quarterback often having to run around to try to make something happen. Atlanta should be in yet another one-possession game at Baltimore on Saturday, and they are trying to figure out how to win close games.

Colt McCoy had to leave last week at Denver early due to a concussion, which put Trace McSorley in a difficult spot entering the game at a tough place to play. I think McSorley can do well if he’s able to get more practice reps during the week, and we’ll see if he can make any starts over the final three games. J.J. Watt was a bright spot for Arizona last week, with three sacks in the loss.

Baker Mayfield got away with some throws at Lambeau Field, but he’s still doing a nice job all things considered in just joining the Rams recently. The LA defense also continues to show some fight, and they’ll have a shot at a Christmas Day home win on Sunday to give them something to feel good about while being the earliest eliminated defending champion since 1999.

Latavius Murray (24 carries, 130 yards, one touchdown) and Marlon Mack (five carries, 37 yards, one touchdown) ran well, and Brett Rypien was efficient in the Broncos’ victory against the Cardinals. I’m anxious to see how Russell Wilson plays in front of a national audience—which includes many people that have been a bit hard on him—on Christmas.

The Colts are giving former Super Bowl MVP Nick Foles a shot over the final three games, and I’m happy for Foles despite feeling bad for Matt Ryan with how this season has gone. Last week’s record-breaking loss might have ensured major overhauls are coming to Indy this offseason.

The Bears played the Eagles tough all afternoon last week, and Justin Fields continues to show good progression—along with another highlight reel run. It was cool to watch cornerback Jaylon Johnson and A.J. Brown compete with respect:

Nothing but respect. Hope all is well . Speedy recovery. Great battle! 💯 https://t.co/cS1P8g1raB

The one-win Texans remain at No. 32 in the power rankings, but they’ve shown fight the past two games in particular, putting both the Cowboys and the Chiefs on the ropes. Lovie Smith will look to carry this over the final three games and see if he can somehow keep the job heading into 2023. Somehow limiting Derrick Henry (four consecutive 200-yard, two-plus touchdown games versus the Texans) would be big.