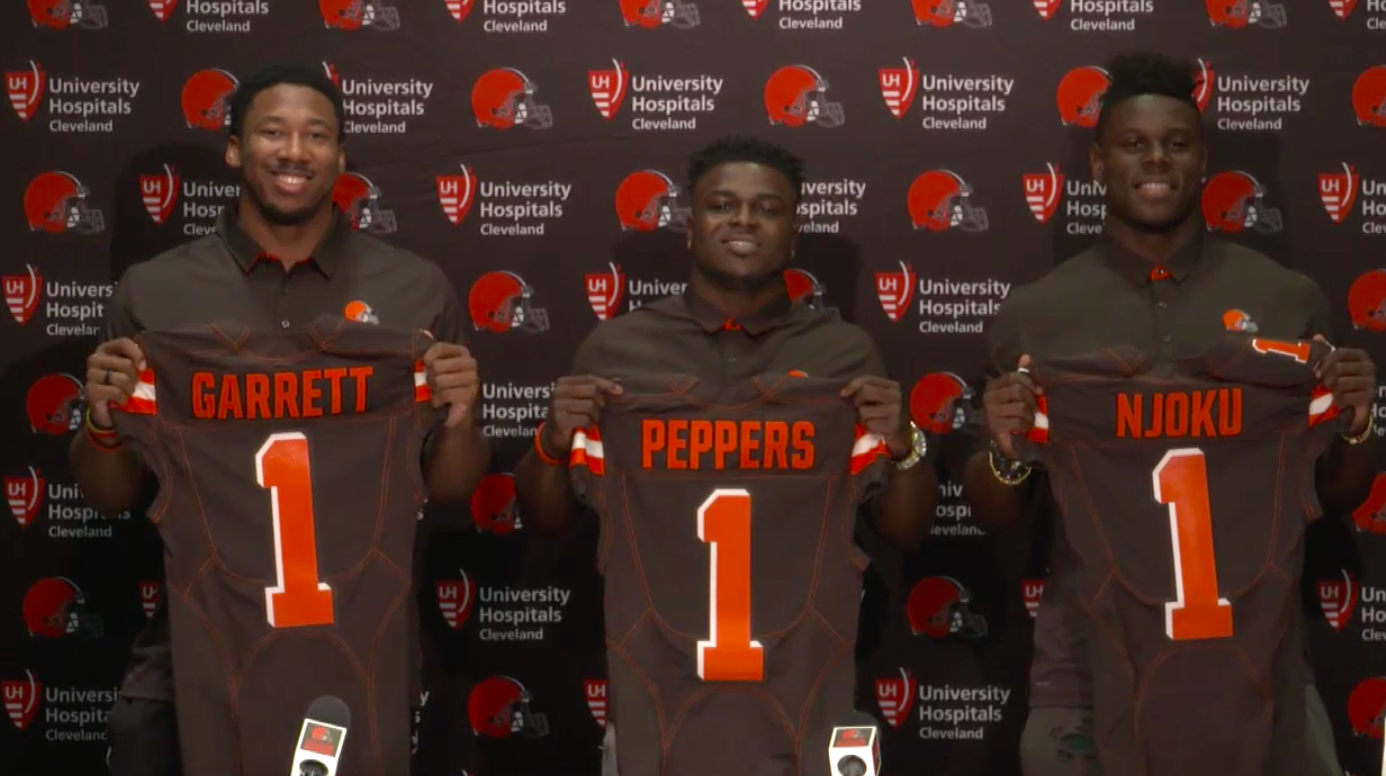 First-Round Winners Of The 2017 NFL Draft


Because no players have even stepped on an NFL field, we are not going to give grades or criticize different draft picks from last night. Of course, there were questionable picks that were made, but let’s try to stay positive and not knock teams for taking guys before they even play. Here are my favorite selections from Day One of the 2017 NFL Draft.

McCaffrey was a top-five overall player (and the #1 running back) in my prospect rankings, so Carolina staying put and taking him was a great move for them. Despite many analysts saying that Leonard Fournette was a better fit, McCaffrey excels at exactly what the Panthers do offensively—which is everything. Carolina’s GM Dave Gettleman compared his first-round pick’s between-the-tackles ability to Curtis Martin, so that says all you need to know about how they feel about their new back.

Texans trade up to #12 to draft QB Deshaun Watson

Clemson head coach Dabo Swinney said more than once that passing on Deshaun Watson will be like passing on Michael Jordan, and several teams did it last night. Watson will have a boulder on his shoulder after being selected behind both Mitchell Trubisky and Patrick Mahomes II, and he’s stepped into a great situation in Houston with Bill O’Brien and an elite defense. If Watson is able to play in the NFL Playoffs like he did in the College Football Playoffs, watch out.

Right up there with Myles Garrett as the top prospect in the draft, Malik Hooker fell way further than I thought he would. A couple surgeries this offseason was the likely cause, but seeing as there should be no long-term effects, Hooker becomes Indy’s best draft pick since Andrew Luck in 2012, and he has the same superstar upside as the Colts quarterback. New general manager Chris Ballard is off to as good a start as he could imagine.

Bills trade down and still get CB Tre’Davious White

Moving down 17 spots to allow Kansas City to go from 27 to 10 was a curious move at first, but when Tre’Davious White fell to the Bills at the end of the first round, the move looked a whole lot better. Taking White 10th overall would have been a really good pick, and the trade gave Buffalo a third-round pick this year and a 2018 first-round pick to go along with the stud cornerback.