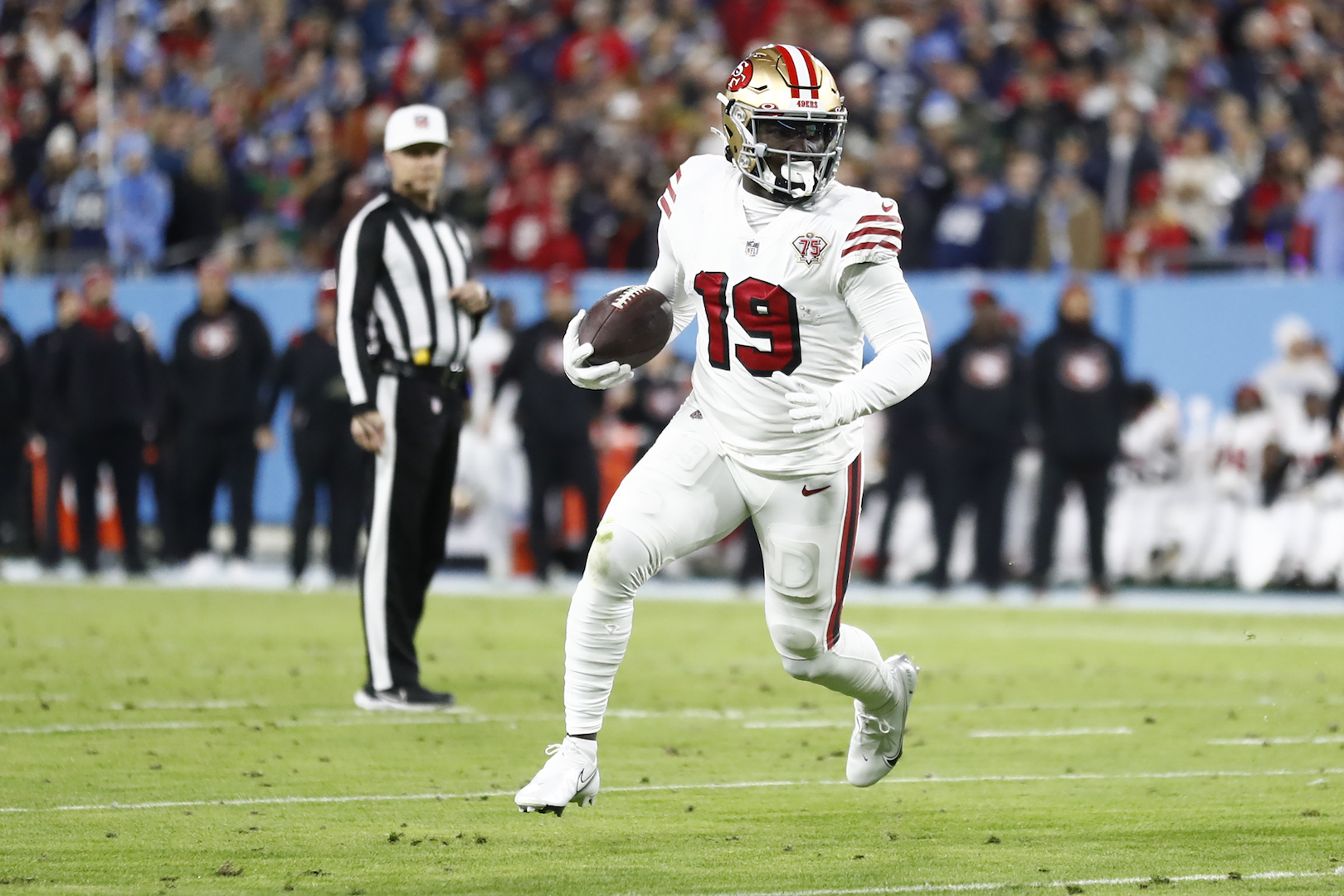 
49ers star wide receiver Deebo Samuel has requested a trade, according to multiple reports and as he told ESPN’s Jeff Darlington. Samuel used to embrace the “wide back” nickname for his heavy usage as a runner, but apparently that usage is now a key reason for him wanting to be traded. This trade request could also be a ploy to be used less as a runner with San Francisco this season and beyond as he looks to preserve his long-term health, but if Deebo is traded, there should be plenty of suitors, even with the cost in draft capital and a new contract extension.

There has been much speculation about the Chiefs and Texans going after Samuel, but neither of those teams make much sense; the Chiefs already added JuJu Smith-Schuster and Marquez Valdes-Scantling and seem unlikely to pay Deebo around $25 million per year, and the Texans already just gave Brandin Cooks a big extension and probably aren’t going to commit nearly $50 million per year to two receivers at this point in their rebuild. These are the more likely teams to attempt to make a move for the All-Pro:

Let’s get the most doubtful team of the five out of the way first. NFL Network’s Ian Rapoport mentioned the Packers as a possibility to inquire about Samuel. But it’s highly unlikely the 49ers would trade the dynamic playmaker to an inner-conference rival they’ve seen often in the playoffs. Green Bay does have the capital to acquire Samuel thanks to the Davante Adams trade, which might make this a slight possibility. However, San Francisco would probably prefer to trade Deebo elsewhere. Keep in mind that the Niners inquired about Aaron Rodgers last offseason, so the Packers returning the favor a year later wouldn’t be crazy.

The Jets have two top-ten picks which would be too much, but trading No. 35 and more for Samuel could be enough to get it done if Kyle Shanahan and the Niners are high on one of the potential rookie receiver options available at the top of the second round in this year’s draft class. Also, with Zach Wilson on his rookie contract, there’s ample cap space for New York to hand Samuel one of the biggest contracts for a non-quarterback in the league. Jets general manager Joe Douglas struck out on trying to acquire Tyreek Hill, but landing a younger option would be quite the consolation, giving the offense a major boost in 2022.

While the Niners are going to want a first-round pick in return for Samuel (which the Colts do not have this year because of the Carson Wentz trade), the contract and usage demand might lessen the value of the player to some extent. Aside from the lack of a 2022 first-rounder, the Colts make a ton of sense as a potential landing spot for Deebo. They have the cap space to work out a long-term extension, they have a need at receiver, and they are a team looking to compete for a Super Bowl. Even if it’s not being used as a running back, Deebo being utilized laterally on jet sweeps paired with Jonathan Taylor running downhill would not be fun for opposing defenses.

Stylistically, the Ravens just feel like an awesome fit for Deebo Samuel—again, even if he isn’t used as much in the backfield moving forward. Samuel is a load to bring down when he has the ball in his hands, and he’d be an exceptional complement to Mark Andrews, Marquise Brown, and Rashod Bateman in the passing game, making things easier on Lamar Jackson. Offensive coordinator Greg Roman can get creative with Deebo’s usage, including using him as a decoy on zone-reads and designed quarterback runs. Baltimore would need to work out their cap situation to get this done, but we’ve seen teams work magic there.

Speaking of working magic with the cap, the Saints are as good as any franchise at creating room to add players. New Orleans already dealt their 2023 first-round pick and received the No. 16 pick this year, giving them two firsts to work with. The thought has been that they want to move up for a player (perhaps an offensive tackle), but maybe they were looking ahead at these disgruntled young wide receivers and wanted to have the extra 2022 capital to bring one in. Samuel can stretch the field better than he’s given credit for, and he’d form a strong duo with former All-Pro Michael Thomas. A big three of Samuel, Thomas, and Alvin Kamara would give the Saints plenty of offensive firepower to pair with Dennis Allen’s defense.