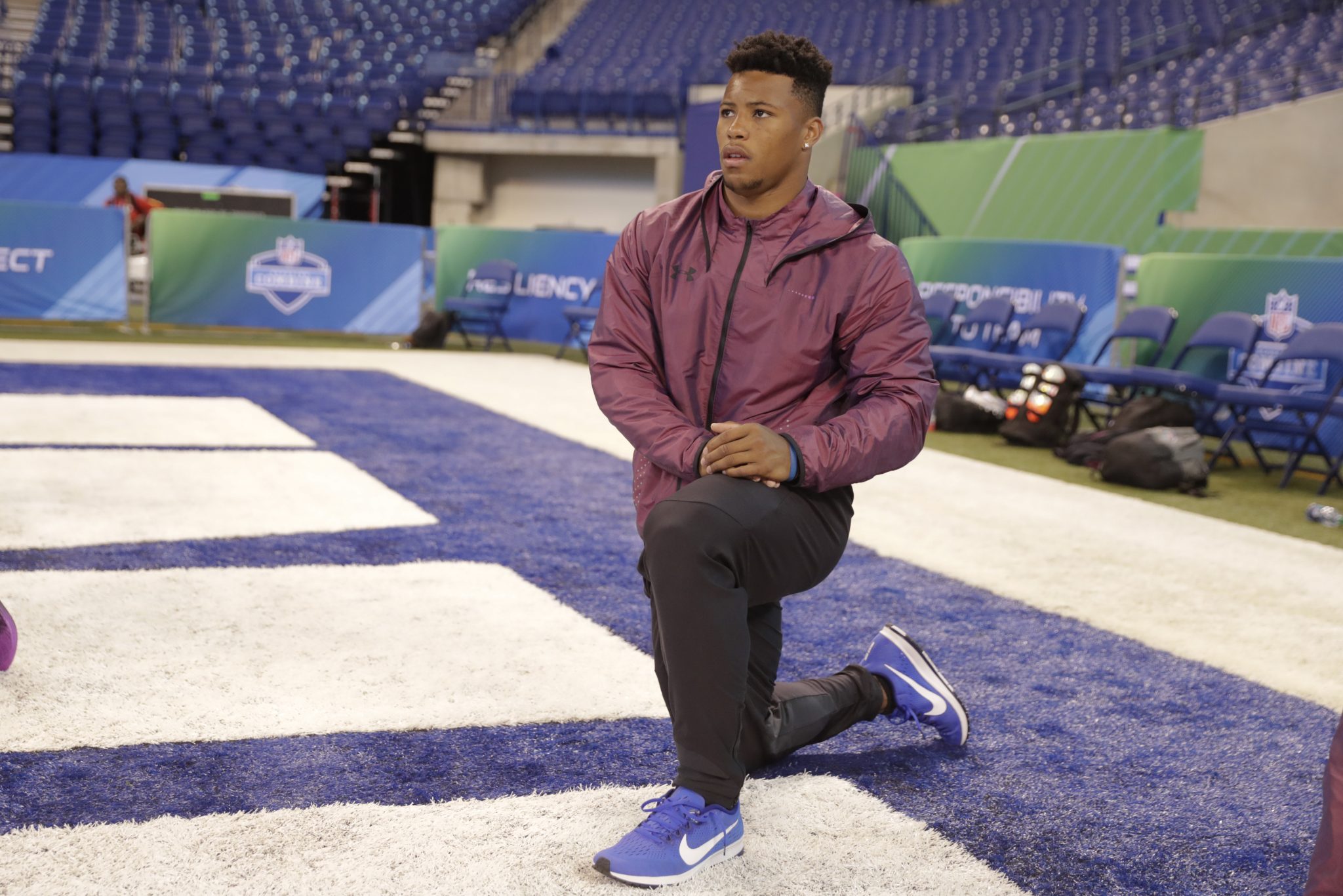 
The week of the NFL Combine is always one of the best of the year, as there are hundreds of tremendous athletes showcasing their talent for the world to see. All weekend, we will post some notable numbers, news, and reactions based on the action in Indianapolis.

Bill Belichick surprised @RichEisen and @MikeMayock in the #NFLCombine broadcast booth and it was awesome ⬇️ pic.twitter.com/FGWqKgmGZw

Video of @nflcommish running his 40 on the 5th floor of NFL HQ @nfl345 for #RunRichRun for @StJude. Top that @richeisen — 5.41. pic.twitter.com/O77veBlgXp

And threw up the bar 41 times. This guy's a beast. https://t.co/9QchDyrSIf

We're not positive, but it appears @MikeMayock doesn't understand how headphones work 😂😂

It's okay Mike, @richeisen's got your back.

In the DE drills 4 players stood out to me Bradley Chubb @NCState Marcus Davenport @UTSAFTBL Harold Landry @BostonCollege & Arden Key @LSUfootball All of them looked like 1st rd picks in their drills. I had Davenport ahead of Chubb I the drills @nflnetwork

Whoa. His brother a year ago? 👇 pic.twitter.com/WSxEf0LvSM

The fastest LB at the #NFLCombine since 2003.

He has some noteworthy NFL comparisons based on those numbers pic.twitter.com/w7WahdCjMq

Lamar Jackson (@lj_era8) showing off his accuracy at the #NFLCombine! @UofLfootball

“He’s showing off a little bit.”

Man I’m So Proud Of @DJChark82 , They Just Now Witnessing What We Already Knew #NFLSU

Based purely on Combine measurables, Josh Allen and Carson Wentz are quite similar pic.twitter.com/K45hYHgMiY

LSU WR D.J. Chark has the fastest 40-yard dash of the 2018 Combine so far (4.34 seconds), and also posted the highest vertical jump of any wide receiver this year@LSUfootball pic.twitter.com/BEI2sO97XY

.@Josh3Rosen's accuracy on this in route 💯💯💯#NFLCombine @UCLAFootball

“This kid is special. He has every gift you want.”@MichaelIrvin88 impressed by @BakerMayfield’s on-field drills performance.

.@Josh3Rosen with the PERFECT ball to @CalvinRidley1 60 yards downfield! #NFLCombine

Absolutely amazing. @ShaquemGriffin puts up 20 reps on the bench press.

Mike Gesicki's been an athletic beast since his HS basketball days. 😱 #NFLCombine @PennStateFball

Hi, I’m Kyle. And I absolutely love the NFL Combine.

I will watch offensive linemen run 40s for hours.

A runningback benching 29 reps of 225 gets me out of bed in the morning. @gmfb @nflnetwork

This don’t make any sense to me lol https://t.co/j73fhH8RgQ

ND G Quenton Nelson scratched from #NFLCombine 40. Tells me he tweaked hamstring warming up, said he can’t open up. Says he’ll do other remaining drills. Clearly he’s not happy, wanted to do everything.

The fastest 40 by any OL today.

The @49ers and @RAIDERS flipped a coin to determine which team will pick #9 overall in the 2018 @NFLDraft! pic.twitter.com/l1wbSU3Ggf

Dan Marino was NOT pleased when they showed one of his old interceptions 🤣🤣🤣 https://t.co/WNwJVO1AKw

Was stoked to finally be able to get my chance to compete against the best. Time for the next step. Thank you for those following with me. pic.twitter.com/pBNLqzsbz5