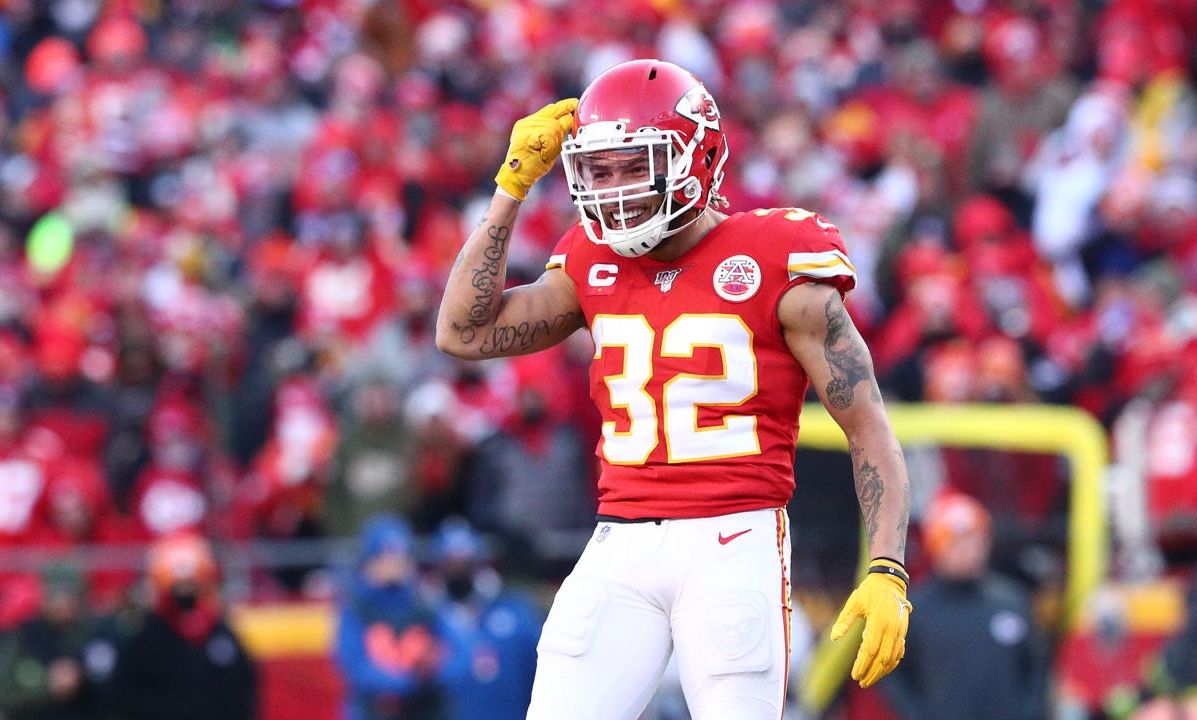 There seems to be limited talk about Jimmy Garoppolo and the receiving weapons for San Francisco leading up to Sunday, but if the 49ers are going to beat the Chiefs—who have scored 31+ points in all four of Patrick Mahomes’ career playoff starts—it’s probably going to take more than the 13.5 passing attempts per game they averaged in the Divisional Round and NFC Championship. Fortunately for the Niners, Jimmy G is more than capable of getting into a shootout if needed, and I suspect Kyle Shanahan will use a play-action heavy attack with plenty of misdirection to get the ball to his playmakers in space.

As we have seen throughout the year, both George Kittle and Deebo Samuel can score from anywhere on the field because of their run-after-catch ability, so if the Chiefs stack the box to stop the run like they did against Derrick Henry, it might take just one broken tackle for someone to make a game-changing play on the San Francisco offense. Plus, the Chiefs have really struggled to defend tight ends this season, and not having rookie safety Juan Thornhill (knee) on the field hurts their chances of stopping one of the league’s best players in Kittle.

Furthermore, the secondary receivers (Emmanuel Sanders and Kendrick Bourne) are also capable of making big plays, and Kansas City can’t lose track of fullback Kyle Juszczyk out of the backfield, either, as he’s averaged 10.0 yards per target this season and is basically an afterthought with priorities elsewhere for the defense. I expect Joe Staley and Mike McGlinchey to have little issue stopping Frank Clark and the edge rushers, so Garoppolo should have time to distribute the ball if Chris Jones doesn’t consistently bring pressure up the middle.

As stated, the Chiefs potentially stacking the box could be something defensive coordinator Steve Spagnuolo wants to do in order to stop the run before it can get going, but similar to how it may take just one broken tackle for Kittle/Samuel to go for six, running backs Tevin Coleman, Raheem Mostert, and Matt Breida all have the speed to make a house call with just a small crease that gets them to the second level with green grass in front of them—as a single-high safety might not have much of a chance in space. The key for Kansas City defenders will be playing their assignments so that all the gaps are filled and the dynamic trio can’t break chunk gains with cutback opportunities in Shanahan’s zone running scheme.

Because of that, the most important player for the Chiefs on defense is likely the aforementioned Mathieu, who—as always—will do a bit of everything, and making tackles near the line of scrimmage will be his most important task in my opinion. When he was with the Cardinals, the versatile safety had 12 solo tackles, two tackles for loss, and one sack in a win over the Niners back in 2017, and his willingness to make stops despite being one of the smallest players on the field should help Kansas City stop the speedy runners before they get going.

The team effort will start up front for the Chiefs, though, as Clark, Jones and the rest of the defensive line needs to control the line of scrimmage like we saw two weeks ago against Tennessee. If that doesn’t happen, Coleman (105 yards and two touchdowns in the Divisional Round) and/or Mostert (220 yards and four touchdowns in the NFC Championship) could take over again—and that’s obviously the last thing Kansas City wants.

Although the headlining matchup of Super LIV is Patrick Mahomes and his weapons against a San Francisco defense that many believe to be the best in the league, I wouldn’t be surprised if the advantage slanted somewhat clearly towards the offense. Andy Reid might not have the best collection of weapons in NFL history, but they’re arguably the fastest, and for as good as Richard Sherman has been in 2019, he’s historically had an issue against smaller receivers with speed/twitchiness at times.

Tyreek Hill and Mecole Hardman are the pure speedsters that could get behind Sherman if he doesn’t win at the line, but Sammy Watkins—coming off 114 receiving yards in his second conference championship in a row—is the overlooked star in Kansas City. Remember, the former No. 4 overall pick roasted Jalen Ramsey and the Jaguars in the regular season opener with a 9/198/3 line, and Robert Salah’s defense putting too much emphasis on stopping Hill and Travis Kelce may lead to a monster game for Watkins.

Also, Fred Warner and others trying to contain Kelce over the middle could open things up for Damien Williams out of the backfield on swing passes, but at least Nick Bosa and San Francisco’s defensive front has done an excellent job recognizing screens when Reid wants to dial them up in big spots. In general, to have any shot at stopping Mahomes and his collection of weapons, Bosa, Dee Ford, and the others need to get home in order to prevent the time Sherman and Emmanuel Moseley are forced to cover.

Reid is one of the most pass-happy play-callers in the league, but that hasn’t stopped Williams from having a huge postseason impact in back-to-back years (eight total touchdowns in four playoff appearances with Kansas City), and the ground game—despite 3.2 yards per carry for the starter—was important last month. The box score doesn’t show that Williams has been extremely physical, and his ability/determination to pick up positive yardage can be a bit demoralizing for a defense that has a difficult enough time stopping the passing attack.

If I were a Chiefs fan, I would have a slight concern about Reid getting sentimental for some reason by playing LeSean McCoy more in his first Super Bowl, but whether it’s Williams, the veteran, or the rookie (Darwin Thompson), ball security needs to be a focus against a 49ers defense that knows the Kansas City backfield has endured multiple costly fumbles this season. San Francisco also needs to account for the damage Mahomes can do with his legs, and their aggressiveness should have them prepared.

Barring a big return by Hardman/Hill for the Chiefs or Richie James for the 49ers, I don’t anticipate special teams having a game-altering impact, as Harrison Butker and Robbie Gould are both reliable kickers that should convert their opportunities, and both sides will be on alert for fakes after the Titans successfully pulled one off in the AFC Championship. We’ll see if pinning an opponent deep on a punt ends up making a difference, but with the way these offenses can pickup chunk yardage, I’m not sure it would.

As we saw last year in New England’s 13-3 victory over the Rams, anything can happen, but I’m anticipating a high-scoring game between Jimmy Garoppolo (21-5 career record) and Patrick Mahomes (24-7 career record)—both of whom rank in the top five all-time in career winning percentage for quarterbacks that have made at least 25 starts. While the Niners are confident and have the personnel to keep up, they haven’t faced a collection of weapons like the ones they will face this weekend, so I think Andy Reid will win his first Super Bowl in a game that’s decided in the final minutes of the fourth quarter.

Get Fantasy Consigliere today for access to our recommended pick and prop bets for Super Bowl LIV along with premium fantasy football advice in the offseason and through 2020.