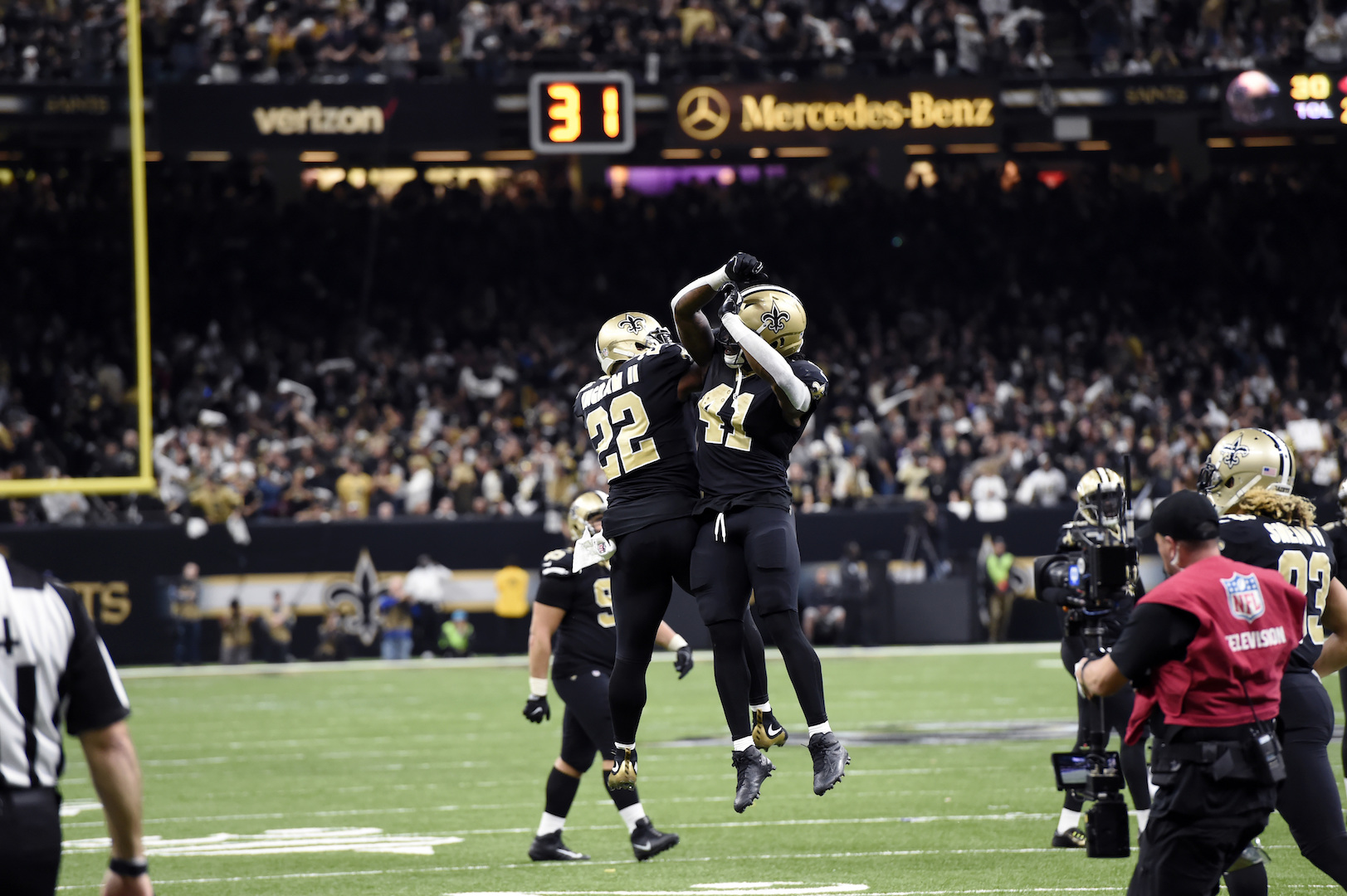 Top Ten Running Back Committees In The NFL For 2018


Yesterday, we went over the top ten receiving corps in the NFL for 2018, and today we’re going over the top backfield committees. Perhaps not all of these are considered traditional committees, but this isn’t a ranking of the best backfields in general; if it was, teams with elite backs like the Cardinals, Rams, Steelers, and Cowboys would be here. Instead, this is for the team’s that often utilize multiple backs on offense. Of course, these rankings could vary, and there are some good backfield groups that were left off the list.

The top nine is pretty solid in my opinion, but the last spot on the list was the most difficult. I went with the Lions, who could have four or five players contributing to the backfield this season. LeGarrette Blount is a three-time Super Bowl champion that will help set the tone for the Lions, while Theo Riddick and Ameer Abdullah (if he makes the team) change the pace and are very capable receivers out of the backfield. Second-round rookie Kerryon Johnson really elevates the unit, as he’s an all-around back that should immediately have a nice role in 2018.

The Browns arguably had the worst backfield in the NFL last season, but new GM John Dorsey totally revamped the running back room in his first offseason with the team. Carlos Hyde is one of the most underrated players in the NFL, and he showed his versatility the last couple of seasons for the 49ers. Speaking of versatility, it’s the calling card for Duke Johnson Jr., who the Browns signed to a sizable extension earlier this month. And rookie Nick Chubb is a tough runner that can pound the rock inside the tackles but has more than enough athleticism to bounce it outside and break big runs.

LeGarrette Blount is now gone, which takes away some of Philadelphia’s ability to go thunder-and-thunder like they did last season with Blount and Jay Ajayi, but there’s no question the Eagles still have one of the best backfields in the NFL. Ajayi is a former 1,200-yard rusher and could get a heavier workload this season, but second-year back Corey Clement, who had no business going undrafted last year, could be a bigger contributor after the way he played in 2017. Also, the Eagles get the dynamic Darren Sproles back into the mix.

There is a plethora of options in New England’s backfield, and it might be designed so that two or three guys rise to the top of the depth chart. Rex Burkhead, Sony Michel, James White, Jeremy Hill, and Mike Gillislee could all lead the backfield in any given week, but Burkhead, Michel, and White in particular all have all-around skillsets and will make it tough for defenses to know what’s coming. There’s also Brandon Bolden, who has made plays when called upon in the past and is a great contributor on special teams at the least.

Jordan Howard has rushed for over 2,400 yards in his first two NFL seasons, showing that he can be the centerpiece of an offense. The Bears added Tarik Cohen (nicknamed “The Human Joystick”) in last year’s draft, and he showed what he’s capable of during his rookie season. The two have different styles, but they form one of the league’s best one-two punches as a thunder-and-lightning combo at running back for Chicago.

As a rookie last season, Christian McCaffrey had only 435 rushing yards on 117 attempts, but he was an electrifying weapon out of the backfield with 80 receptions for 651 receiving yards and five touchdowns. This season, he should have a bigger role as a runner in Norv Turner’s offense, and I anticipate him proving the doubters that think he’s just a scat back wrong. If not, the Panthers also added 1,000-yard rusher C.J. Anderson, who is still only 27 years old and has also shown he’s a capable receiver throughout his career. The Panthers have a history of strong backfield tandems, and this pairing could be the best they’ve ever had.

I can’t remember this much of a size difference for a couple of running backs expected to have big roles for one team. Derrick Henry was thought to maybe have the backfield basically to himself after the release of DeMarco Murray, but the Titans made a key signing by adding Dion Lewis to the mix. Defenders would probably rather face anyone but Henry in the open field, as he’ll run right through you. And on the flip side, there aren’t many running backs that can make defenders miss in the open field like Lewis. But Henry is more than just a big bruiser, as he has excellent breakaway speed and is a good receiver; and Lewis is more than just an elusive back, as he can shed arm tackles and push forward for positive yardage. It’ll be fun to watch these two in 2018.

Because Latavius Murray took some time to get to 100% as he worked his way back from offseason ankle surgery and Dalvin Cook tore his ACL in Week 4, we didn’t get to see the two of them together at full strength last season. However, they are both relatively healthy now (Cook’s return from the ACL tear is said to be going great) and should form one of the NFL’s best backfields in 2018. The Vikings will be able to rotate Cook and Murray—both of whom are true all-around backs that can run inside, run outside, receive, break big plays, and pass block—so they stay fresh.

After they signed Adrian Peterson last offseason, it looked like the Saints would have an all-star group of him, Mark Ingram, and Alvin Kamara. It didn’t work out for Peterson in New Orleans, but it opened the door for Ingram and Kamara to get more opportunities to wreak havoc on defenses. Last season, Ingram averaged 5.3 yards per touch on 288 touches last season, while Kamara averaged an outstanding 7.7 yards per touch on 201 touches. They can both do it all, and they should be just as good this season when Ingram returns to the field after his four-game suspension.

Based on last season, the Saints were clearly the top backfield in the NFL. But it was a down year statistically for the Falcons, who still have Devonta Freeman and Tevin Coleman in what could be their final season together in Atlanta (Coleman is a free agent after the season). The two have combined for 40 touchdowns over the last two seasons (21 for Freeman and 19 for Coleman), and they are a big part of what makes the Falcons offense go. There isn’t any change or drop off when one back enters the game for the other, and opposing defenses are put under constant pressure by the two of them.