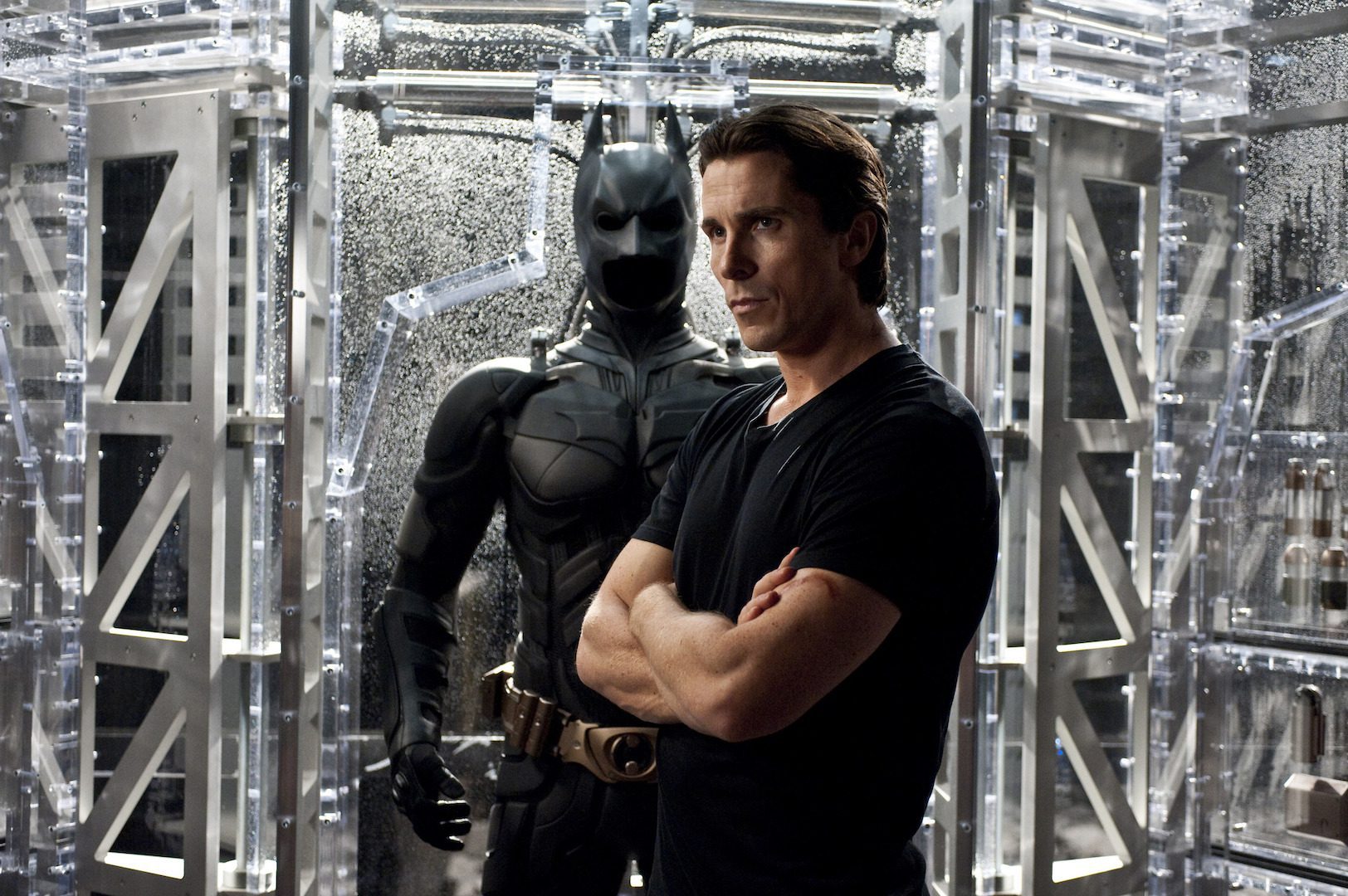 Appreciating ‘The Dark Knight Rises’ On Its Tenth Anniversary


Ten years ago today, the epic conclusion to The Dark Knight Trilogy hit theaters with The Dark Knight Rises. We could go on all day about what made Christopher Nolan’s take on Batman virtually flawless, highlighted by a film that has a strong case for objectively the greatest movie of all-time in The Dark Knight. But this article mostly pays homage to the end of the legendary story that closed its book ten summers ago. There’s a lot more that can be touched on, but the focus is on some of the aspects that made The Dark Knight Rises a remarkable (and now very underrated) movie.

The film begins by setting the situation in Gotham, with Commissioner Gordon finishing his speech about Harvey Dent from the end of The Dark Knight. It’s been eight years since the Dent murders were pinned on Batman, and Bruce Wayne himself was also in hiding after a failed energy project—and the death of Rachel Dawes still taking a heavy toll on him.

The several-year absence of Batman allowed us to get inside of the psyche of Gotham, which was split in two: The arrogant and the power-hungry (some cops and politicians) versus everyday hope-filled citizens (some of which only knew Batman as a legend or a story). Additionally, we were given insight into Gordon’s thinking in how he and Batman were in it together and then suddenly Batman was gone—and further insight when Bane reads his letter with the truth about Harvey Dent and he had to answer to Blake. Not enough can be said about the acting from the entire cast throughout the trilogy (it’s one of the most decorated casts in any movie franchise and headlined by perhaps the greatest actor of his generation in Christian Bale), and Gary Oldman shined during that moment.

Physically, Batman’s return was a challenge for Bruce (he literally had no cartilage left in his knees thanks to his many nights of fighting crime). While some still believed, most people thought that Batman would never come back. That made his return—a chase of Bane after the hit on the stock market, with the police putting their focus on catching the guy that supposedly killed Harvey Dent instead of Bane—(capped by the reveal of “The Bat” aircraft) all the more epic.

The ambitious opening scene after Gordon’s concluding sentence from years earlier followed similar formula to the one from The Dark Knight. The primary antagonist (Bane) was introduced in menacing fashion, and this time the heist-type scene included crashing a plane to stage the fake death of a noted nuclear physicist. From then on, the scope was massive, and it ultimately included a massive battle scene featuring Batman and the police on one side against Bane and his army of thugs on the other. The winter weather and the snow falling made it even more awesome for the conclusion.

Furthermore, Nolan was able to capture the gravity of the predicament, with Gotham being on its own while Bane held the city hostage. Batman was again the hero Gotham needed and the only one that could stop Bane.

The death of Heath Ledger, months before the release of The Dark Knight, is one of the saddest and most tragic moments in the history of Hollywood. Ledger’s turn as the Joker in TDK is the stuff of legends, regarded as squarely among the best and most memorable performances ever.

Likely out of respect for Ledger, Nolan has never come out and said that he planned to have the Joker in the third film. However, Aaron Eckhart (who phenomenally played Harvey Dent in The Dark Knight) said he heard Ledger was supposed to return, with other rumors that the hope was the iconic character would have some type of role. And the immense respect Nolan had for Ledger likely would have led to the Joker appearing—even if for just a secondary type of role as one of the prisoners released by Bane—as they probably would have loved to work together again.

Overall, the tragic death of Ledger created one of the biggest “what ifs” in movie history. It’s a testament to the job Nolan and co-writers David S. Goyer and Jonathan Nolan did to create a very satisfying third act without the Joker there.

Even without the Joker being in the film, the villain’s presence still loomed large over The Dark Knight Rises thanks to his actions in The Dark Knight of wreaking havoc across Gotham City and creating a murderous Two-Face in the process—forcing Batman to go into hiding to take the blame for the murders and to avoid undoing everything he, Dent, and Gordon did together in fighting the mob and cleaning up the city. The fallout from the chaos of The Dark Knight had major implications throughout the third movie.

TDKR also goes back to Batman Begins and the “League of Shadows”, which was headed by Ra’s al Ghul. Now Bane was to complete Ra’s al Ghul’s destiny of destroying Gotham, and we were served with the shocking twist of Miranda Tate actually being Ra’s’ daughter Talia and accomplice to Bane. In one final challenge for the Caped Crusader, it was fitting that he had to deal with the ramifications of two separate things that took place during Batman Begins and The Dark Knight.

Whereas Batman Begins focused on fear and The Dark Knight focused on chaos and escalation, Batman was tested physically more than he ever had been in The Dark Knight Rises—and the primary theme for Nolan was that of pain. Not only was Batman returning after eight years out of the game, but he had to face a monstrous opponent like Bane, who literally broke the hero’s back. Bruce also had to deal with the pain of finding out the truth about Rachel from Alfred and then having to watch his city be destroyed before escaping the pit—and Miranda turning on him with a knife between the ribs.

Tom Hardy’s performance as Bane probably doesn’t get enough appreciation. Aside from his hulking presence, most of the acting had to come from his eyes only (because of the mask), which Hardy pulled off magnificently. The mental factor is also underrated, as in addition to his physicality being a legitimate threat to Batman, Bane had a master plan to take over Gotham City.

Batman Begins in 2005 set the tone with one of the best origin stories ever told in film, providing a needed original take after no good Batman films were released since Batman Returns in 1992. The Dark Knight simply took things to another level in 2008, and the sequel is widely considered the greatest comic book movie of all-time—and one of the best films in history, period. So, The Dark Knight Rises had a lot to live up to, with Nolan, Bale, and company under pressure to deliver yet again while not taking a notable step down from The Dark Knight. They came through.

Was it as great as The Dark Knight? Probably not quite. But the final scenes of the saga—with Batman seemingly sacrificing himself before it was revealed that Bruce Wayne was alive and well with Selina Kyle, while Blake (“Robin”) could potentially take up the mantle if necessary—could not have been written and portrayed any better. You can easily get chills just thinking about the final moments, from Gordon learning Batman’s identity of Bruce Wayne and reading from Charles Dickens’ A Tale of Two Cities at his funeral to Lucius Fox learning that the autopilot was fixed to the final nod from Bruce to Alfred. It might be the best overall stretch of Nolan’s three films.

At the very least, it was the perfect ending to one of the most highly acclaimed trilogies of all-time.