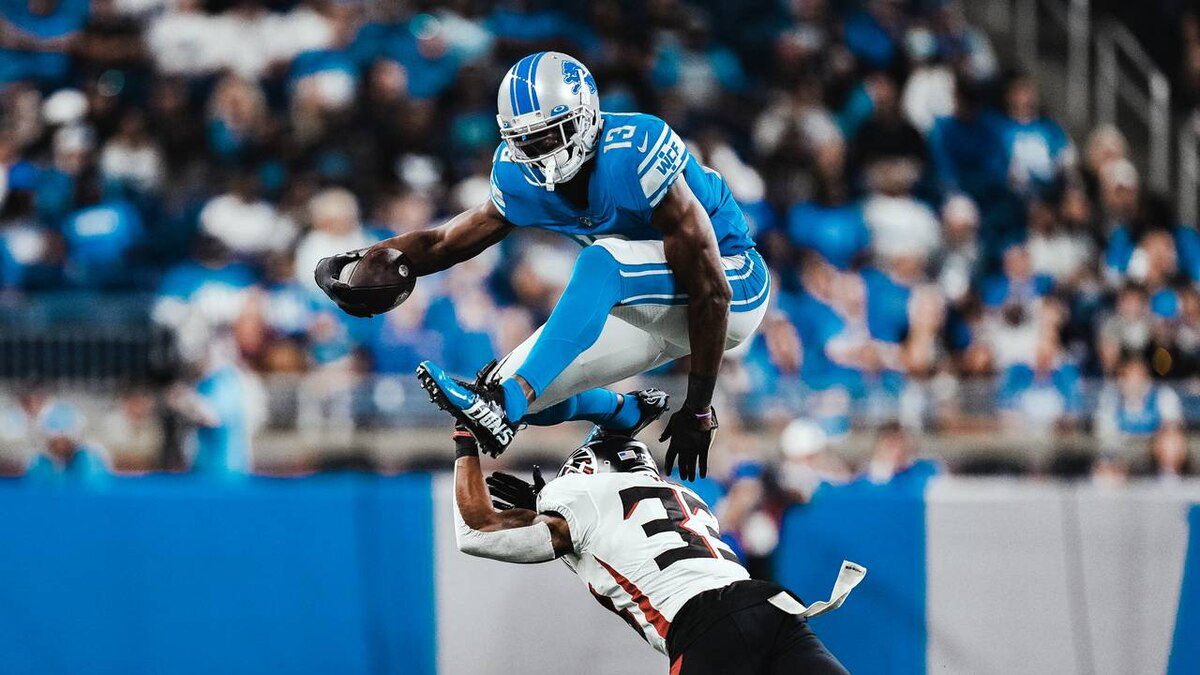 
Episode 3 of Hard Knocks included some hard-fought practices and a close preseason victory for the Lions.

Last night’s episode showed just how much importance has been placed on joint practices in recent years, as the intensity was high between the Lions and Colts across two days. After a poor showing in Round 1 (particularly for the running backs), Detroit bounced back to dominate Round 2—including a stingy showing near the end zone versus Indy’s offense. Showing they can compete with a Super Bowl contender should only help build the confidence for Dan Campbell’s squad.

Trash talk is a part of the game, and the earlier disputes between Jamaal Williams and the Indianapolis linebackers was great television. However, Lions cornerback Chase Lucas (a rookie) continually going at Colts wide receiver DeMichael Harris (not a rookie) for his height felt off—almost like he needed to trash talk another rookie instead.

The entire segment with Adams was hilarious, and the best part was him talking about Dan Campbell by comparing him to Hulk Hogan, not realizing how big the head coach was, and of course pointing out that the “last six” up-downs from the season premiere didn’t really count.

Goff hasn’t been featured through three episodes, but he’s had some subtle moments or lines that have been notable. Last night, it was his halftime conversation with David Blough after the backup quarterback tied the game with a late touchdown in the second quarter. After learning he was 16-of-22, Blough said “with a pick, and like no yards,” followed by Goff’s perfectly delivered response: “75 yards.”

Best quote: Dan Campbell about someone getting to fly the plane home if they force a late takeaway

“They can literally pilot the f***ing plane.”

There isn’t a clear choice this week, so Staley gets the nod after an honorable mention for Episode 2. Even if they didn’t go into detail because they both felt good about everything, it was cool to see the assistant head coach talking with Dan Campbell about the state of the team, and Staley has a full handle on his running back room—from giving a speech with no voice to decisively pulling Craig Reynolds when he saw enough of him in the preseason game.