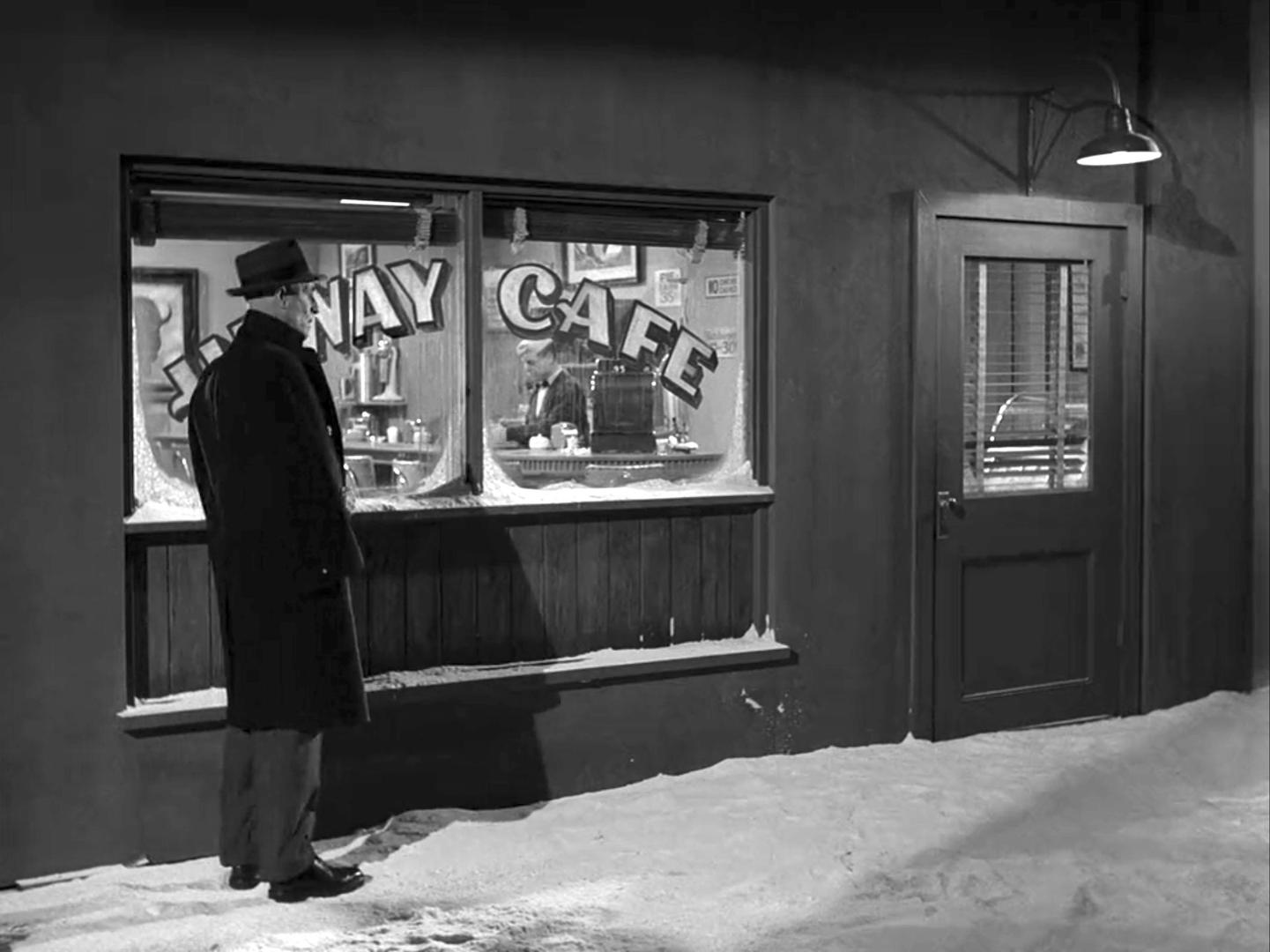 
We are in the strange time between Christmas and New Year’s, a time that is capped by an annual Twilight Zone marathon on SyFy on New Year’s Eve and New Year’s Day. That makes this week a good opportunity to highlight the best episodes of Rod Serling’s classic The Twilight Zone. There are many other episodes that also could have made the cut, but most agree that these are among the best the classic show had to offer. You can also check out ten of the top Twilight Zone episodes related to today.

One of the few episodes of The Twilight Zone to not feature sci-fi or supernatural elements, “The Shelter” focuses on a small group of friends and their reaction when an announcement is made of a nuclear attack against the United States. Dr. William Stockton and his wife Grace and son Paul have a fallout shelter, which he was made fun of by the others for creating—until it turns out they frantically and maniacally want to join the shelter, which cannot fit more than the Stockton family. In the end, it was a false alarm, but “The Shelter” is a warning to remain civilized—and to be prepared, not just for a nuclear war or disaster, but for anything in life.

“The Masks” features a very wealthy old man named Jason Foster that is soon to die. It’s Mardi Gras, and he’s surrounded by his incredibly selfish family of his daughter, son-in-law, and two grandchildren, all of whom must participate in Mr. Foster’s game of wearing masks until midnight if they are to get their inheritance upon his death. When the clock strikes, the family celebrates despite the old man being set to die. They take off the masks (supposed to be the opposites of their true personalities for Mardi Gras, but instead the just representations of them), but their faces have adapted to become like the masks.

Especially since the COVID-19 pandemic and the decisions by government to deem “essential” and “non-essential” businesses, “The Obsolete Man” is as relevant as ever despite The Twilight Zone airing over half a century ago. One of four Twilight Zone appearances for Burgess Meredith (“Time Enough at Last” could have been included in the top ten), “The Obsolete Man” features an outstanding opening narration from Serling and is a must-watch for anyone:

You walk into this room at your own risk, because it leads to the future, not a future that will be but one that might be. This is not a new world, it is simply an extension of what began in the old one. It has patterned itself after every dictator who has ever planted the ripping imprint of a boot on the pages of history since the beginning of time. It has refinements, technological advances, and a more sophisticated approach to the destruction of human freedom. But like every one of the super-states that preceded it, it has one iron rule: logic is an enemy and truth is a menace. This is Mr. Romney Wordsworth, in his last forty-eight hours on Earth. He’s a citizen of the State but will soon have to be eliminated, because he’s built out of flesh and because he has a mind. Mr. Romney Wordsworth, who will draw his last breaths in The Twilight Zone.

“Living Doll”, from the final season of the original series, is a strong episode throughout. The mean stepfather Erich dislikes his stepdaughter Christie’s new doll “Talky Tina”, which seemingly threatens him and cannot be destroyed. The episode has a major payoff in the end, with the doll strategically placing itself on the stairs, forcing Erich down to his death; after which his wife Annabelle (who did not believe him about the doll being evil) picks up the doll, which tells her: “My name is Talky Tina… and you’d better be nice to me!”

Similar in theme to “The Shelter”, “The Monsters Are Due on Maple Street” came earlier in The Twilight Zone (Season 1) but also focuses on the unfortunate bad side to people and what can make them tick. Basically, the neighborhood believes that due to strange power-outages an alien lives among them, leading to a crazy witch-hunt that leaves one dead. A riot is formed, all stemming from a little inconvenience of power issues (as it turns out was caused by aliens, who were watching how terribly the vulnerable humans responded). “The Monsters Are Due on Maple Street” is a warning of the dangers of mob rule and finding a scapegoat.

One of a few Christmas-themed Twilight Zone episodes, “Five Characters in Search of an Exit” is a very original story of a clown, hobo, ballet dancer, bagpiper, and an army major—all stuck in a pit of darkness with “no logic, no reason, no explanation”. The characters plot and execute an exit, with the major escaping; but he lands firmly in the snow in front of a charity toy collection barrel. It turns out they are all plastic figures. Despite their fates, the episode at least ends with a positive commentary with Serling stating how they are loved in the arms of children.

A fear of flying is a common occurrence, and “Nightmare at 20,000 Feet” starring the legendary William Shatner (as Bob Wilson) takes things up a notch, with a literal monster outside the aircraft.

The all-time classic is both funny and—especially back then, as is the case with most of the “scary” episodes for the time—frightening.

The setting in “Will the Real Martian Please Stand Up?” is one of the best in The Twilight Zone and immediately draws the viewer in: it’s a snowy February night at a small diner called the Hi-Way Café. Two state troopers arrive and announce that an alien is suspected among them, and the half-hour episode delivers a tremendous “whodunit” type of mystery capped with a twist on top of the twist:

“To Serve Man” is one of three Twilight Zone episodes to be ranked a 9.0 or higher on IMDb (as of the time of this publication), thanks in large part to perhaps the most memorable line of the series via the big reveal: “To Serve Man, it’s… it’s a cookbook!” The Kanamits are nine-foot-tall aliens that seemingly want to provide humanitarian aid, and Patty cracks the code of the title of their book To Serve Man, helping humans apparently confirm the Kanamits are telling the truth—but Patty continues working and is too late for a bunch of people that become part of a recipe.

The filming and setup of “Eye of the Beholder” helps make it arguably the best episode of The Twilight Zone, an episode which also delivers a great message. Janet Tyler has undergone numerous mandated surgeries in an attempt to look “normal” within a dystopian, bureaucratic society. All surgeries have been unsuccessful, and Janet has one more shot—if she is unable to be made to look “normal”, she will essentially be banished with the others that cannot conform. When the bandages are removed, it’s said that the procedure has failed yet again, and Janet is shown as a normal-looking woman—but it’s the doctor and nurses that are revealed as ugly pig-looking creatures. Interestingly, throughout the doctors and the nurses seem sympathetic to Ms. Tyler’s situation; but it’s the dictatorial State that demands conformity of appearance and thought.