WOLF SPORTS ALERT There may be temporary login issues due to site maintenance. Thank you for your patience!
Home / frontfantasy / 2022 Fantasy Football Preview: Carolina Panthers 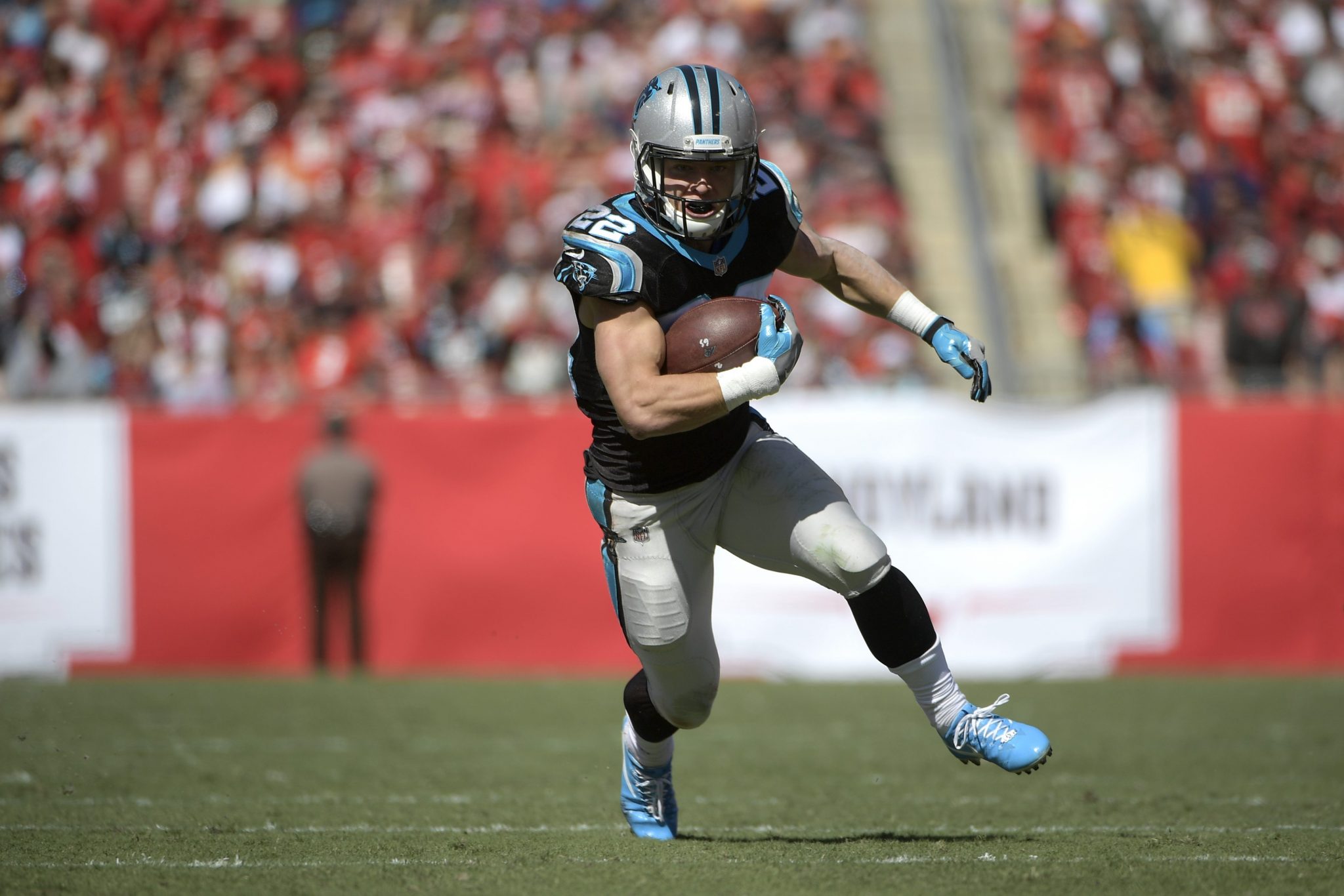 QB Sam Darnold: Turnovers are the fatal flaw for Darnold, but the hope is that Christian McCaffrey will stay healthy to make things easier on everyone, and new offensive coordinator Ben McAdoo sounds like he has faith in unlocking the upside of the former No. 3 overall pick. Remember, Darnold is still just entering his age-25 season, and it’s entirely possible he puts everything together this year. We would tend to base the outlook/ranking on what we’ve seen out of him through four seasons, though, which keeps Darnold towards the bottom of the position with the floor of being benched for rookie Matt Corral early in the year.

QB Matt Corral: A third-round pick out of Ole Miss, Corral could get a chance to make starts this season if Sam Darnold doesn’t take care of the ball for a team that can’t afford to fall behind in the standings with Matt Rhule on the hot seat. The 22-year-old thrived in an RPO-heavy attack under Lane Kiffin, and he possesses traits to have immediate success—including playmaking ability and toughness that could win teammates over. Corral is a name to monitor in Superflex leagues.

RB Christian McCaffrey: Being such a threat in the passing game helps make McCaffrey a matchup-proof option, and we aren’t going to hold missed games against him as a high-end RB1 in all formats. An excellent run-blocking duo at offensive tackle (with No. 6 overall pick Ikem Ekwonu joining Taylor Moton) and tight end (Tommy Tremble and Ian Thomas) should help spring holes for McCaffrey on the edges, and he could be back to “cheat code” status if health cooperates. Although limited to ten games over the past two seasons under the current coaching staff, McCaffrey has remained extremely effective when on the field.

RB Chuba Hubbard: The No. 2 job in Carolina is up in the air, and most seem to have D’Onta Foreman pegged as the frontrunner. However, the big-play ability of Hubbard could give him the edge in a change-of-pace role (assuming health for McCaffrey), so we’d say he has the better chance of standalone value in 2022. For what it’s worth, Hubbard had 13.0+ fantasy points in all four games with at least 15 carries as a rookie.

RB D’Onta Foreman: Foreman was able to get his career back on track last season in Tennessee—rushing 133 times for 566 yards (4.3 YPC) and three touchdowns across nine games. Now he’ll try to win the backup job, and an argument can be made about him being the better handcuff to McCaffrey because of the potential touchdown upside. We tend to like other late-round options at running back, but Foreman is a quality lottery ticket.

WR D.J. Moore: Moore has been excellent with 1,200+ total yards in each of the past three seasons, and he’s produced with various quarterbacks under center throughout his career. Ideally, the targets will remain high for Moore (163 last season) while having the yards per receptions (12.4) and yards per target (7.1) from last year jump back to 2018-2020 levels of 15.2 yards per reception and 9.4 yards per target. In the first quarter of last season before Sam Darnold’s play fell off, Moore put up lines of 6/80, 8/79, 8/126, and 8/113/2—so maybe the connection will have better longevity in 2022. Just don’t expect a huge touchdown total for Moore with 14 scores across 63 career games.

WR Robbie Anderson: Speculated to be a trade candidate early in the offseason and now a retirement candidate by his own accord, Anderson is a risky option at a stacked position. Despite 246 combined targets over the past two years (13th-most in the league), Anderson saw his efficiency decline significantly in 2022 (4.7 yards per target), and the volume should drop with McCaffrey back. Even in a best ball draft where Anderson’s big-play talent can give him a boost, he might not be worth the risk.

WR Terrace Marshall Jr.: Marshall Jr. was one of the only wide receivers in the league to have a lower yards-per-target average (4.6) than Robbie Anderson last season, and he could be faced with a challenge from Rashard Higgins for the No. 3 job. The talent is still worth investing in, though, and Marshall Jr. followed up a quiet freshman year at LSU (12 receptions) by scoring 23 combined touchdowns in his sophomore and junior seasons. His stock can go up or down based on his summer performance (and the status of Anderson).

WR Rashard Higgins: The deteriorated relationship between Baker Mayfield and the Browns makes it very curious that Higgins fell out of favor with them in 2021—as he was always a favorite of the former No. 1 overall pick. The best chance of fantasy value in 2022 would be forming a similarly strong connection with Sam Darnold, but he’s not a highly recommended option as things currently stand.

WRs Brandon Zylstra and Shi Smith: The top-heavy offense of the Panthers leaves little room for depth at wide receiver to make an impact, but both Zylstra (18 receptions for 250 yards and one touchdown; 10.0 yards per target) and Smith (six receptions for 104 yards; 9.5 yards per target) impressed on limited action last year. Still, Carolina would be a candidate to add a veteran if Anderson were to follow through on retirement talk.

TE Tommy Tremble: Tremble was a ferocious blocker coming out of Notre Dame, and the value he brings to the running game alone is enough to keep him on the field in Year 2—which in turn, should lead to increased production. Also, the Panthers getting him involved with a few carries last season is a good sign, and Tremble has the athleticism/versatility to develop into a solid pass-catcher. Ideally, we’ll get an indication of how the snaps will be split between him and Ian Thomas in the preseason.

TE Ian Thomas: Signed to a three-year, 16.95-million extension this offseason, Thomas has been unable to build on his rookie season (36/333/2) from a statistical perspective, but Carolina values him as a steady real-life player. The offense is unlikely to suddenly feature the tight ends in the passing game, so Thomas will be a cheap touchdown dart throw in DFS play.

There aren’t a ton of great options to choose for the Panthers, but Tremble has receiving upside that can be unlocked with above-average speed (4.60 40-yard dash) and explosiveness (36.5-inch vertical). Again, he’s certainly going to earn playing time based on his ability as a blocker, so perhaps Tremble will get hot scoring touchdowns to work his way into TE2 range for redraft leagues.

Most should continue valuing McCaffrey as a high-end RB1, but there are enough doubters—mainly due to the games missed—that you might be able to get him at a discount. Having just turned 26 last week, McCaffrey should still have at least a couple of elite seasons left in the tank, and his game can keep him relevant for years beyond that because of his talent as a pass-catcher.

In ten games played over the past two seasons, Christian McCaffrey had a 17-game pace of 360 touches, 1,970 total yards, and 14 total touchdowns.