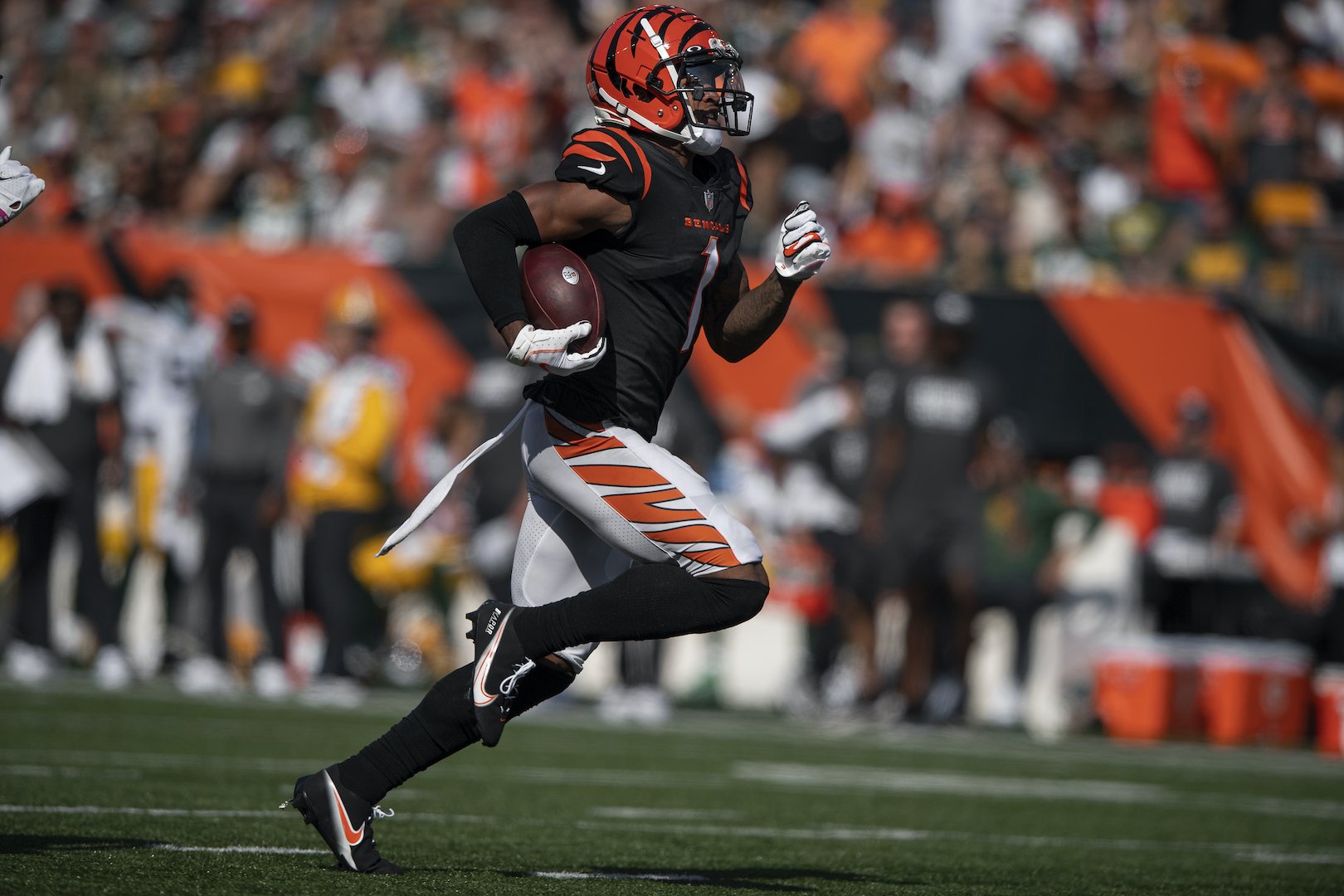 QB Joe Burrow: Burrow was tremendous in his first season following a torn ACL suffered as a rookie, and the free agents signed by Cincinnati to fix the offensive line—guard Alex Cappa, offensive tackle La’el Collins, and center Ted Karras—could make the passing attack more lethal in 2022. Really, the only thing that might be able to slow down the offensive output for Cincinnati would be an injury to one of the stars, which is worth mentioning only because of the lack of depth behind Ja’Marr Chase, Tee Higgins, and Tyler Boyd. But assuming everyone stays at full strength, Burrow has the ceiling to lead the league in passing yards and passing touchdowns in Year 3.

RB Joe Mixon: Fortunately for anyone that drafted Mixon last year as a highly criticized RB1 candidate, he was fully featured by the Bengals, and it led to career-high numbers almost across the board. Steadily one of the most productive backs in football since entering the league, Mixon has totaled 1,400+ yards with at least eight touchdowns in three of the past four seasons. Defenses being unable to send too many resources to slow down the run because of Cincinnati’s firepower makes him a safe bet to once again return RB1 value; we rank Mixon firmly as a top-ten pick in all formats.

RB Samaje Perine: Including in the Super Bowl, Perine was often the preferred option on third downs for the Bengals last season—though we’ll have to see if he’s either pushed by Chris Evans and/or loses passing work to Mixon. For now, Perine is the clear preferred handcuff of his college teammate and would be a strong RB2 if Mixon ever misses time.

RB Chris Evans: Evans is being talked up by some as a “sleeper” this year, but he played just 11 snaps in four playoff games last season, and if anything, the team would be wise to give more work to Joe Mixon. Consider the second-year back more of a PPR dynasty stash at this point.

WR Ja’Marr Chase: It would not be at all surprising if Chase finished as the top-scoring fantasy wide receiver in 2022, and most will rank him as at least the overall WR3 following a record-breaking rookie campaign. However, it should be noted that Chase had a substantial midseason lull before re-emerging in the fantasy (and real-life) playoffs, including yardage totals of 32, 49, 32, 39, 52, 77, and three in seven games from Halloween through the week before Christmas. He’ll take on the Patriots and Bills in Week 16/Week 17 for those looking ahead to the 2022 fantasy championship.

WR Tee Higgins: Despite being limited to 12 touchdowns through two seasons, Higgins still carries big-time scoring upside at six-foot-four with a huge catch radius and great athleticism. The former Clemson standout just turned 23 in January, and defenses making more of a concerted effort to stop Ja’Marr Chase should allow him to build on what he’s done since entering the league. He should be drafted as a low-end WR1 with top-five upside in the event of a Chase injury (or perhaps even just if the touchdowns jump).

WR Tyler Boyd: We usually like to give the edge to upside for mid-to-late-round wideouts, so Boyd gets dinged a bit despite excellent consistency with 67+ receptions and 828+ yards in each of the past four years. Both of those baseline numbers happened in 2021, though, and Boyd saw just 94 targets after a 17-game average of 138 targets in the previous three seasons. As the clear No. 3 wideout for the Bengals, the ceiling is limited while everyone is healthy.

WRs Mike Thomas and Trent Taylor: Thomas and Taylor have very limited roles behind the “Big 3” for the Bengals, and it’s interesting that Odell Beckham Jr. is now rumored as a potential signing to play with fellow LSU alumni Joe Burrow and Ja’Marr Chase. Even in deeper ball best leagues, there should be better options to consider late at wide receiver.

TE Hayden Hurst: The Falcons selecting Kyle Pitts took the air out of Hurst’s redraft value in 2021, but this offseason, he landed in the perfect spot to rebuild it by replacing C.J. Uzomah—who caught 49 passes for 493 yards and five touchdowns last year. Ideally, a more aggressive passing attack will allow Hurst to be closer to the 11.9 yards per reception he averaged in Baltimore after the number dropped to 8.5 in his final season with Atlanta.

TE Drew Sample: Sample quietly caught 40 passes a couple of years ago, but he fell clearly behind C.J. Uzomah for targets in 2021 and should have a similar role this season. The former second-round pick will be counted on more as a blocker than as a pass-catcher for an offense that should have a boosted offensive line.

The Bengals seem to have very fair values across the board, so Hurst gets the nod with a good case for ranking as a low-end TE2. Just two years removed from a 56/571/6 line in Atlanta, Hurst has plenty of experience to work well with Joe Burrow—and he’ll benefit from plenty of single coverage over the middle.

The widespread undervaluing of established RB1 options in favor of younger (sometimes more unknown) commodities doesn’t make a ton of sense, but that seems to be what often happens in dynasty leagues. Mixon exploded with a career-high 16 total touchdowns last year, and the scores should continue to pour in for one of the NFL’s most promising offenses.