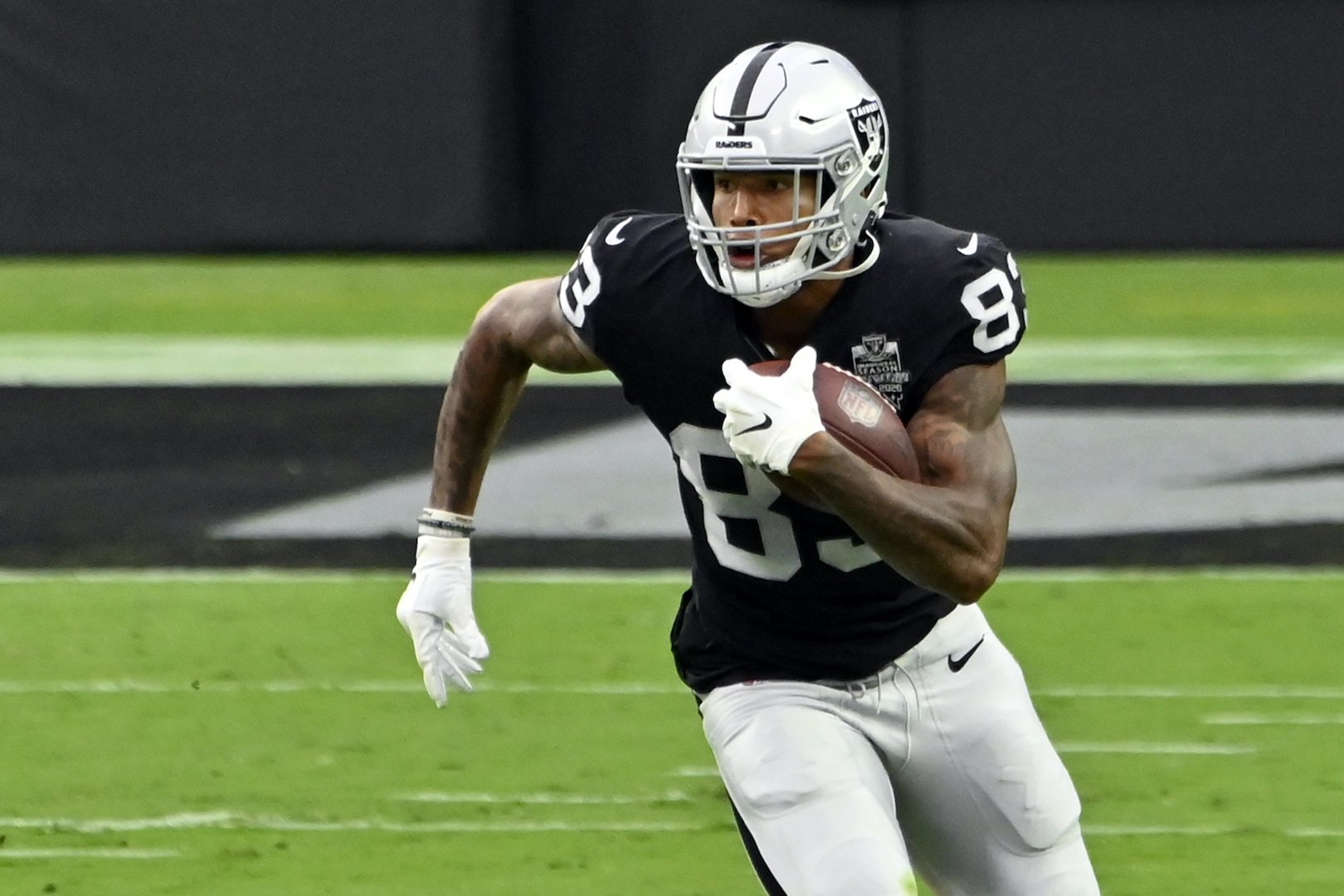 QB Derek Carr: Despite a modest touchdown total holding back his fantasy numbers, Carr threw for 4,800+ yards last season amid a drama-filled campaign in Las Vegas, and now he’s hopeful the franchise has stability under new head coach Josh McDaniels. We believe with former college teammate Davante Adams acquired in a trade with the Packers this offseason, Carr is positioned to have a QB1 finish fueled by huge numbers through the air. It’s also notable that the Raiders appear to have a bunch of possible shootouts on the schedule through the first six weeks (@ LAC, v ARI, @ TEN, v DEN, @ KC, v HOU).

RB Josh Jacobs: Our first impression of Josh McDaniels being hired by the Raiders was that it could be a good thing for Jacobs, and it still very well might be as the lead back of an ascending offense that will get plenty of opportunities in scoring territory. But the drafting of Zamir White and the fact that Jacobs didn’t have his fifth-year option picked up is a worrisome combination, and the team also has Kenyan Drake (and Brandon Bolden) for what feels like a full-blown committee. He might be more of a low-end RB2 that needs to catch fire with scores.

RB Kenyan Drake: While the first season for Drake in Las Vegas didn’t go as planned (particularly compared to a banner year in Arizona), he was still an effective change-of-pace option—including a career-high 7.3 yards per target. Josh McDaniels being hired can turn into a positive for Drake’s outlook, and we’d at least project him to have one of the best years of his career as a receiver in a system that’s been great for pass-catching backs.

RB Zamir White: White appears to be the long-term early-down pounder for the Raiders after being handpicked by the new regime, but his stock for 2022 can swing in either direction. On one hand, the rookie might essentially be redshirted while Las Vegas squeezes what they can out of Josh Jacobs in the final year of his deal. On the other hand, White is a no-nonsense, north-south runner that could earn significant playing time as a tone-setter for the Silver and Black. He’ll be one of many players to watch in preseason action.

RB Brandon Bolden: The 32-year-old Bolden was likely signed by the Raiders more for his prowess on special teams than he is for offensive contributions—but he’s coming of career-high numbers with the Patriots in terms of receptions (41) and receiving yards (405) while also averaging 5.1 yards per carry on 44 attempts. Bolden is at least worth monitoring as a potential FLEX in deeper leagues if an injury strikes or the backfield turns into complete chaos.

WR Davante Adams: Recently, wideouts around the league have shown Year 1 with a new team doesn’t need to result in a drop in production, and Adams gets the benefit of playing with his college quarterback in Derek Carr—so the two should already be on the same page. Plus, the Raiders having Darren Waller and Hunter Renfrow will keep the pressure off the former Packer, and you know Las Vegas will be involved in plenty of AFC West shootouts this year. We’re expecting another season in which Adams ranks towards the top of the league in receptions, receiving yards, and receiving touchdowns.

WR Hunter Renfrow: The Raiders trading for Davante Adams has scared many off from drafting Renfrow, but he’s in position to have another Pro Bowl-type season in a new offense. Remember, the system is the one that helped Wes Welker and Julian Edelman become stars with the Patriots, and Josh McDaniels should have some fun dialing up plays for Renfrow in one-on-one coverage out of the slot while Davante Adams and Darren Waller often draw extra attention. He’s clearly undervalued at this point.

WR Demarcus Robinson: It sounds like it’ll be a true three-way battle for the No. 3 job in Las Vegas, and Robinson will hope the Raiders remember his 6/172/2 line against them in 2019. Derek Carr has had success with vertical threats such as Nelson Agholor and Zay Jones, so the winner of the battle will at least have solid DFS appeal.

WR Keelan Cole: Cole averaged 16.0 yards per reception last year with the Jets (on 28 grabs), and his renowned work ethic should be pointed out as a potential factor in a wide-open competition. Just two seasons ago, Cole caught 55 passes for 642 yards and five touchdowns with the Jaguars.

WR Mack Hollins: A former fourth-round pick of the Eagles in 2017, Hollins will turn 29 in September and hasn’t surpassed 16 receptions or 226 yards in a season. That said, he apparently impressed at OTAs, and his final season in Miami saw him catch four scores on just 28 targets. Hollins will need to make an impact in August.

WR Tyron Johnson: Johnson failed to make the roster for the Chargers last season despite an extremely efficient rookie season in 2020—which saw him catch 20-of-26 targets for 398 yards (19.9 YPR) and three touchdowns with an insane 15.3 yards per target. He ended up appearing in ten games with the Jags and Raiders (resulting in two receptions), but maybe a new offense is what’s needed to allow him to re-emerge.

TE Darren Waller: The trade for Davante Adams and history of the slot role set to be occupied by Hunter Renfrow in Josh McDaniels’ offense seems to have Waller flying under the radar a bit, but he is still strong choice as a top-50 selection in redraft leagues. Even if he doesn’t have a high likelihood of being among the league-leaders in targets like he was a couple of years ago (145 targets in 2020), Waller should absolutely destroy the single coverage he’s expected to see at an increased rate, including in the red zone. We’re expecting the passing attack to funnel heavily through the “Big 3” for Vegas.

TE Foster Moreau: Moreau has been a very capable No. 2 tight end and touchdown threat (ten scores over the past three seasons), but his value will be unpredictable behind Darren Waller. While the LSU product struggled some in the lead role last year, he did quietly finish with 50+ yards in three of the final four games. Moreau remains a quality prospect to hold in deeper dynasty leagues—though Waller is a definite candidate to get a contract extension.

Renfrow is going even lower than ECR as the WR39 in Underdog drafts, but he should be a handful of spots higher after catching 103 passes for 1,038 yards and nine touchdowns in 2021. Many are concerned about Davante Adams, but Derek Carr should get over 30 scores (after just 23 last year) to keep everyone afloat, and Renfrow will remain a trusted weapon underneath.

Carr is ranked as the consensus QB17 for FantasyPros—and he’s inexplicably down to the QB21 for ESPN’s rankings. Firmly in his prime having turned 31 in March, Carr can have several seasons of QB1 production if the Raiders get lasting stability with Josh McDaniels running the show.