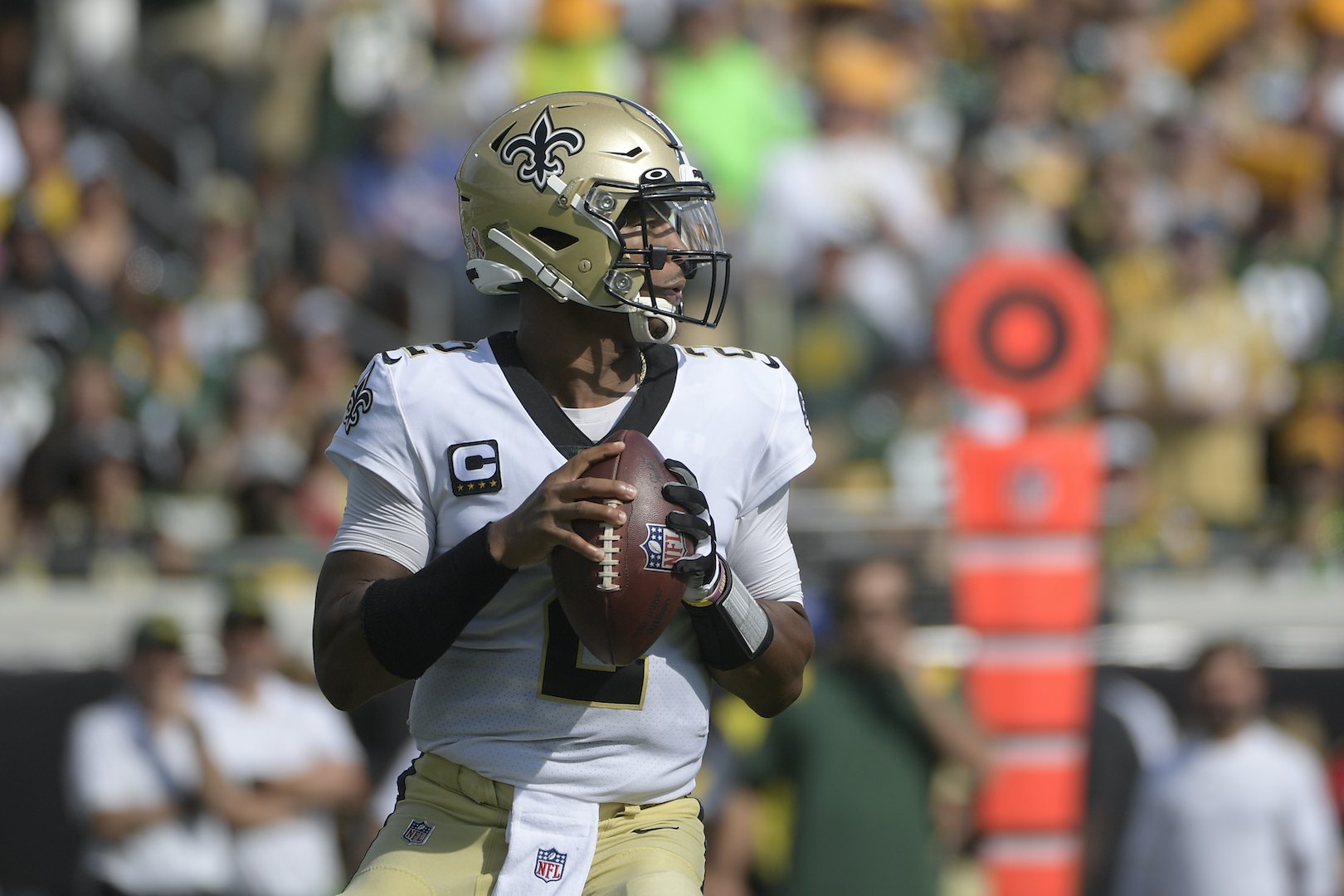 QB Jameis Winston: Unlike last year, Winston will be the clear starter for New Orleans with Taysom Hill back to being purely an offensive weapon, so that’s reason enough to boost his value as a QB2 value. Although he was in charge of a low-volume passing attack before tearing his ACL last year, Winston threw 13 touchdowns in six full games and will have an improved supporting cast following the additions of Jarvis Landry and first-round pick Chris Olave. It will be interesting to see how the balance is struck between wanting to be aggressive and playing for a defensive-minded team.

QB Andy Dalton: Again, Winston will be the clear starter for the Saints, but Dalton is worth listing because he’s a capable quarterback that could put up numbers based on the personnel in New Orleans. With the Cowboys and Bears over the past two seasons, the veteran has combined for a 7-8 record.

RB Alvin Kamara: The first season without Drew Brees at quarterback in New Orleans didn’t go great for Kamara, but he still totaled 1,337 yards from scrimmage in 13 games—and that was while playing in the NFL’s worst passing offense in terms of yards per game (187.4). On the downside, Sean Payton no longer masterminding the offense should be taken into account, and excluding the outlier 128-yard performance on a Monday night, Kamara averaged a modest 21.3 receiving yards per game in six starts by Jameis Winston last year. His value will climb or fall depending on his status following an arrest for battery earlier this year.

RB Mark Ingram: There has been steady talk about the Saints adding another running back this offseason, but it hasn’t happened with training camp closing in, so Ingram would be the clear starter (at this point) if Kamara gets suspended. The 32-year-old has said he wants to play a few more seasons, and the firepower on the perimeter should lead to lighter boxes for whoever gets carries for New Orleans.

RB Tony Jones Jr.: Jones was a popular “sleeper” last year and started with 11 carries for 50 yards in the 2021 opener, but he battled an ankle injury for much of the season. Because of that, Jones Jr. shouldn’t be written off as a factor at 100%, and he can be a solid between-the-tackles option at 224 pounds.

RB Abram Smith: Another big back that will push for touches, Smith rushed 257 times for 1,601 yards and 12 touchdowns last year at Baylor—which was doubly impressive considering he only had 12 career carries entering his final college season. Smith easily could have been drafted and has the overall profile to emerge as a rookie.

WR Michael Thomas: We’ll have a better read on the status of Thomas as training camp begins/progresses, but he’ll suddenly be going from an in-his-prime, record-setting 26-year-old (his last healthy campaign in 2019) to a 29-year-old with seven games played since then. Thomas will also be in an offensive system without Sean Payton and Drew Brees, and the signing of fellow target hog Jarvis Landry could offset the boost of field-stretcher Chris Olave opening things up underneath. Give him a push up the board in full PPR leagues, but Thomas is likely to take a significant step back from his pre-COVID era numbers.

WR Chris Olave: The Landry signing takes some of the shine off Olave for 2022, but he’s still in a tremendous spot to capitalize on downfield opportunities from Jameis Winston. While facing more routine press coverage and physicality could be an early challenge that Olave will need to adjust to, the Saints will make things as easy as possible for the rookie—who we interestingly enough compared to former New Orleans standout Joe Horn. Michael Thomas’ status remaining cloudy this time next month would be a boost to Olave’s redraft stock.

WR Jarvis Landry: Landry signed with his hometown team to compete for a title, but how will his numbers look on an offense that will be awfully crowded if Michael Thomas is healthy and Alvin Kamara avoids suspension? All three are reliant on underneath volume, and the days of Landry being basically a lock for 80+ receptions are probably over. As stated for Thomas, give him in boost in full PPR formats.

WR Tre’Quan Smith: Smith was a definite disappointment last year as he missed the first five games of the year and didn’t get a chance to play with Jameis Winston for an extended stretch—and he’s now likely stuck behind Chris Olave as the team’s primary vertical threat. The talent is still worth investing in (especially depending on the health/status of others), but Smith hasn’t reached 450 receiving yards in a single season since entering the league in 2018.

WR Marquez Callaway: With various issues facing the offense last year, it was Callaway that stepped up as the No. 1 wideout—catching 46 passes for 698 yards and six touchdowns. The problem was seemingly falling out of favor for whatever reason at times, and now he’ll be the No. 5 target (at best) if the offense is at full strength.

WR Deonte Harty: Harty also stepped up last year in extended offensive action—including a career-high 570 receiving yards and 15.8 yards per reception. Based on the offseason additions made at receiver, Harty’s primary contributions are expected to be on special teams, though he could have weekly DFS appeal as a big-play option with enough snaps.

TE Taysom Hill: The Saints moving Hill away from playing quarterback has resulted in him being listed as a tight end for fantasy purposes, and the uncertainty about his role creates an opportunity to get him for free in most redraft leagues. We’d think New Orleans will continue using him in unique ways as a runner (potentially with some throws mixed in), and it’s easy to forget that he had six receiving touchdowns in 2019. He’s at least worth a late-round selection in Best Ball Mania III.

TE Adam Trautman: Trautman was a popular breakout candidate in 2021, but heavy playing time (at least 82% of snaps played in seven of the first ten games) wasn’t enough to have a big season before injuries impacted him the rest of the way. While a more traditional offense for the entire year might be enough for him to hit as a “post-hype sleeper,” Trautman will split time with Taysom Hill and Juwan Johnson at tight end in a system that wants to play through Alvin Kamara and the wide receivers.

TE Juwan Johnson: It’s important to remember that Johnson is a former wide receiver, so he remains a potential breakout candidate if able to earn a significant role based on summer performance. In his first full season at tight end, the former Penn State and Oregon standout caught four touchdowns on 22 targets.

If the aggressive version of Winston returns due to the increase in weapons for the Saints, he can be a tremendous value as an upside QB2 that has a season of 5,000+ yards and 30+ touchdowns under his belt (with the 30 interceptions being the obvious caveat). There should be plenty of shootouts through the year, including at the end of the season when New Orleans takes on the Bucs, Falcons, Browns, and Eagles from Week 14 through Week 17.

Chris Olave might be too highly priced, and the status of both Alvin Kamara and Michael Thomas remain in question, so Smith might be the best investment right now as a very cheap option at running back. If a late-round or undrafted runner is to emerge in 2022, Smith would seem to have a decent shot at being the guy as a potential grinder for a physical overall team.