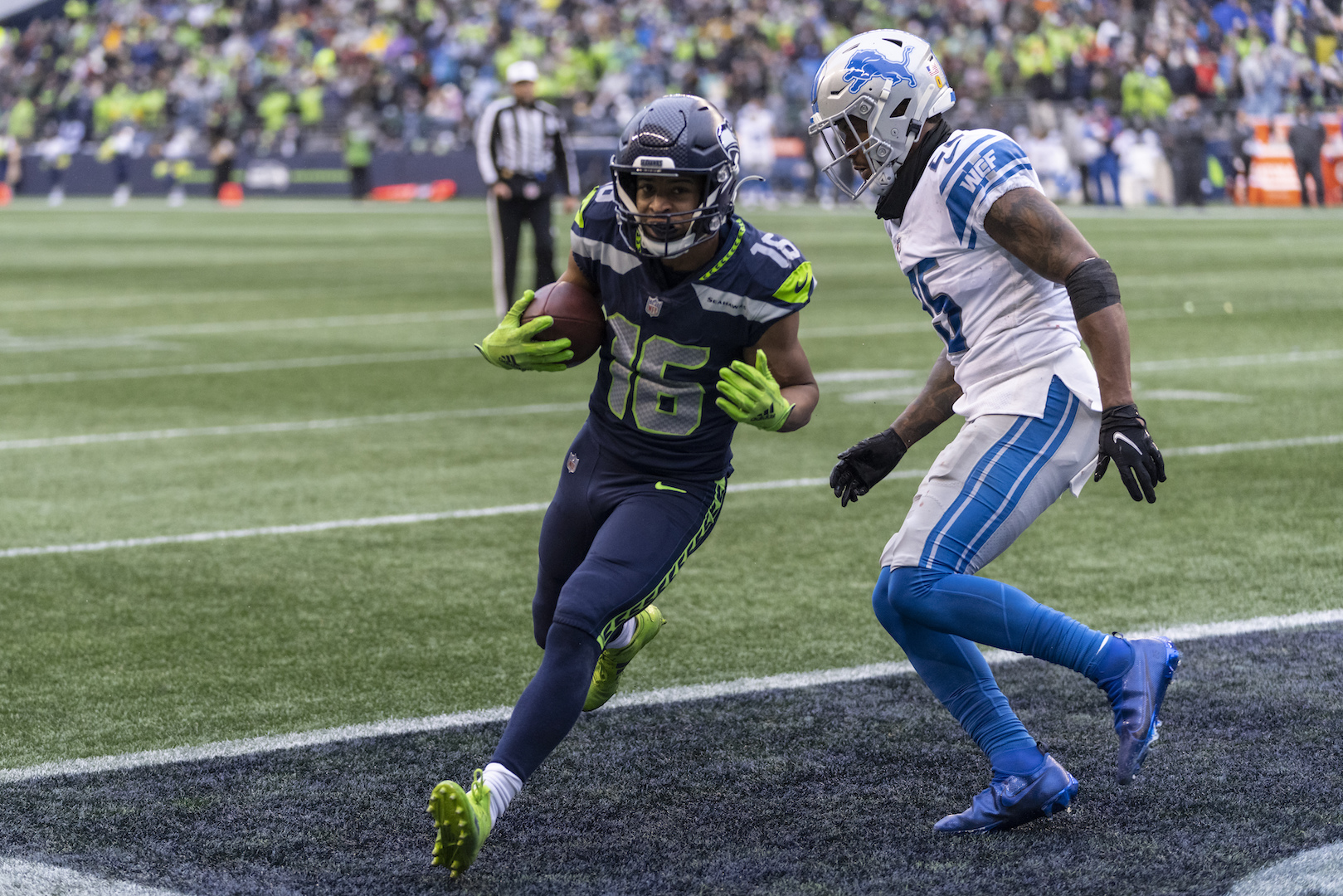 QB Geno Smith: Smith played very well in place of Russell Wilson last year—going 1-2 with close losses to the Steelers and Saints while throwing for five touchdowns and zero interceptions in the three starts. The former second-round pick has the weapons to put up quality numbers in good matchups if he wins the starting job, but Jimmy Garoppolo is the name we’d watch as reason to take caution when investing in a potential Seattle stack for best ball drafts.

QB Drew Lock: Head coach Pete Carroll has notably said that Lock would have been the top-rated quarterback of the 2022 draft class, and the fact that he was part of the return in the Russell Wilson trade would seem to suggest he’ll get a shot to lead the offense. DK Metcalf having Lock’s back on Twitter (saying “chill on the [Lock] slander”) should be a nice confidence-booster, too. If he has a strong summer and ends up as the starter, Lock will carry some QB2 upside.

RB Rashaad Penny: Some will be wary of a sixth- or seventh-round investment in Penny based on the past—but what’s his issue other than durability? Even before last year’s end-of-season breakout, Penny had averaged 5.1 yards per carry in 27 games from 2018 through 2020, and the Seahawks will be running the ball a bunch to support both of their top backs. Plus, if Penny remains a big part of the offense at the end of the season, the fantasy championship would seem to set up favorably for him (@ KC, v NYJ).

RB Ken Walker III: No matter who plays quarterback, Seattle will have a throwback, run-centric offense, and it’s not like opponents can stack the box against them with DK Metcalf and Tyler Lockett at wide receiver. For Michigan State, Walker was a workhorse runner that forced missed tackles at a high level and knew how to punch the ball into the end zone, but the potential flaw that could keep him from a featured role in Year 1 is his shakiness as a pass protector. If Penny runs into injury trouble, though, Walker can turn into a stud based solely on his early-down work—and we believe he has potential to be unlock as a pass-catcher.

RB Chris Carson: Carson (neck) isn’t giving up on eventually getting cleared, but it’s unfortunately not looking likely for at least this season. At this point, it might be a better idea to go with someone like Rob Gronkowski as a late-round hopeful in best ball leagues.

RBs DeeJay Dallas and Travis Homer: Early reports are suggesting a battle for the third-down role between Dallas and Homer this summer, so it will be a storyline to watch in camp (especially for deeper PPR leagues). We have been a fan of Dallas’s game and believe he can thrive if given a heavier workload, but Homer can also make the roster with the Seahawks keeping as many as five backs on the roster recently.

WR DK Metcalf: Even with a foot injury impacting him, Metcalf caught a career-high 12 touchdowns last year—including five of them in three-and-a-half games with Geno Smith under center. The freakish wideout is just a year removed from catching 83 passes for 1,303 yards and ten touchdowns (on 10.1 yards per target), and we believe he’ll have another big season whether or not he gets an extension before Week 1.

WR Tyler Lockett: Lockett should be someone that has a little more trouble keeping his production up because of his unrepeatable chemistry with Russell Wilson—but he did have a 12-catch, 142-yard performance with Geno Smith. In general, Lockett has probably settled into an appropriate range just inside the top 40 at wide receiver, and he should be boosted in best ball leagues or formats that give bonus points for big plays.

WR Dee Eskridge: Injury issues hurt Eskridge’s chances of contributing as a rookie, but there is some concern about his ineffectiveness when on the field (ten receptions on 20 targets for just 64 yards). Already entering his age-25 season, last year’s second-rounder—who missed time in OTAs with a hamstring injury—needs to make an impression next month to earn a significant role.

WR Freddie Swain: A very top-heavy attack should be expected with DK Metcalf, Tyler Lockett, and Noah Fant being featured through the air, but Swain has become a solid depth option that could realistically be the No. 3 wideout if Eskridge disappoints. Last year, Swain scored four touchdowns on 25 receptions and averaged 8.6 yards per target.

WR Marquise Goodwin: Goodwin eventually stuck in Chicago last year with 14 games played for them, and he showed he can still be a big-play threat by averaging 15.7 yards per reception. The speedster turns 32 in November and would have the best chance of holding DFS desperation value with Drew Lock winning the job and showing increased downfield aggressiveness.

WR Bo Melton: Melton is another deep threat with 4.34 speed, and he could have easily gone before the seventh round in April’s draft. The depth chart behind the top two should be much clearer by the opener, but Melton is certainly an option to consider for those making preseason DFS lineups.

TE Noah Fant: A substantial piece of the trade sending Russell Wilson to Denver, Fant has gone for 62+ receptions and 670+ receiving yards in each of the past two seasons, and he’s still a young player entering his age-24/25 campaign. The speed and athleticism of the former first-round pick should be highlighted versus favorable coverage between Metcalf and Lockett, so Fant should be a borderline TE1 option with a high ceiling. It also helps that he has turned into an extremely effective blocker.

TE Will Dissly: Dissly was signed to a three-year, $24-million deal this offseason, but he’s settled in as a better real-life option than fantasy option after catching six touchdowns across his first six career games. Since then, the 26-year-old has been limited to three scores in 35 games—giving him limited standalone appeal with Noah Fant healthy.

TE Colby Parkinson: We liked Parkinson’s upside as a six-foot-seven target coming out of Stanford in 2020, and he’s still young having turned 23 in January. Parkinson might not have a path to fantasy value for redraft owners, but dynasty owners can keep him stashed if they want a lottery ticket at tight end.

Metcalf clearly wasn’t himself playing through his foot injury in 2021, so it’s a surprise to see his consensus ranking sit at WR19­—down two spots from WR17 at the start of the summer. In addition to the pure talent, others may fail to recognize the impact No. 9 overall pick Charles Cross (and third-round pick Abraham Lucas) will have in pass protection—allowing Metcalf more time to get downfield. At worst, we’d rank him as a WR1/WR2.

Penny has been talked up as a potential 20-carry option this season, and it’s not crazy to believe with the Seahawks either a) having him pick up where he left off to close out 2021, or b) deciding they can’t rely on him with an extension following the final year of his deal. With limited tread on the tires, Penny is a value in all formats with the hopes that he’s made changes to get and stay healthy.

Last season, Rashaad Penny led all running backs in fantasy points in the fantasy playoffs (Week 15 through Week 17) with 18.8 points per game.