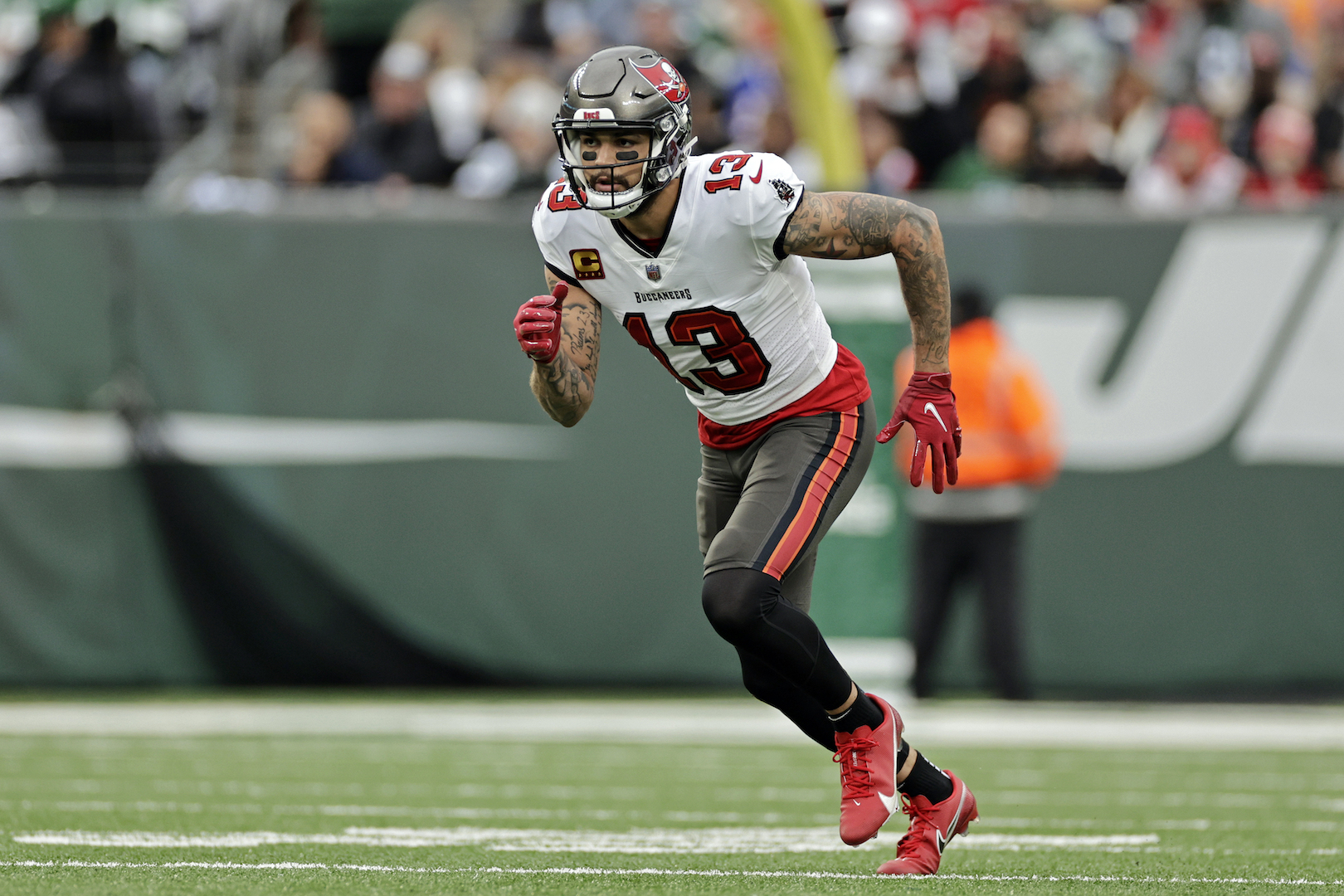 QB Tom Brady: It feels right being able to discuss Brady’s outlook once again after calling off his retirement, and he’s again being undervalued after finishing as a top-three option in 2021. The signing of Russell Gage will solve the revolving door for Tampa Bay behind Mike Evans and Chris Godwin at wide receiver (while still allowing their big-play role players to see snaps), so TB12 should be as consistent as ever in Year 3 with the Buccaneers. Rob Gronkowski making a return at some point would be a best-case scenario, but Brady has a case to be a top-five quarterback either way.

RB Leonard Fournette: Fournette is ranked as high as a first-round pick by some, which is understandable since he’s the lead back in a Brady-led offense—and considering the trust TB12 has in him in the passing game. There is concern about how tied his fantasy production is to volume, though, as Tampa Bay spent a Day 2 pick on Rachaad White, re-signed Giovani Bernard, and still has former third-rounder Ke’Shawn Vaughn (who averaged 5.0 yards per carry on 36 attempts last year). If the Bucs decide to make it more of a committee to keep Fournette fresh for January, his RB1 star could dim and make him a volatile RB2 that’s reliant on finding the end zone and holding off others for receiving work.

RB Rachaad White: White has drawn comparisons to David Johnson from Tampa Bay’s coaching staff because of his ability as a pass-catcher at six-foot-one, and he could realistically be an injury to Fournette away from having a three-down role. We’d like to see him run with a little more urgency versus faster competition in the NFL, but it sounds like White—who wanted to wear his helmet to the team hotel during rookie minicamp—has the ideal mindset to be molded into the kind of player the Bucs want. The rookie gets a sizable edge over Giovani Bernard and Ke’Shawn Vaughn with a higher ceiling than the incumbents.

RB Giovani Bernard: He didn’t have a ton of production last season with 23 receptions in 12 appearances, so Bernard’s stock—reliant on receiving work—is further diminished with Rachaad White now in the fold. Barring a change in how the backs are rotated, Bernard will likely be a deeper FLEX option in PPR leagues with a limited ceiling.

RB Ke’Shawn Vaughn: Again, Vaughn averaged 5.0 yards per carry on limited touches last season, and he was notably talked up by new head coach Todd Bowles as someone that’s “a better pass-catcher” than he thought. The former third-round pick will need to earn his way into a more substantial role, but he shouldn’t be overlooked.

WR Mike Evans: Evans—with back-to-back career-high totals in touchdowns (13 in 2020; 14 in 2021)—should again be one of the league’s top touchdown threats, and his ceiling is arguably increased if Rob Gronkowski stays retired. Plus, the former Texas A&M standout will avoid Marshon Lattimore and the Saints in the fantasy playoffs, and Tom Brady could lead on him more with Chris Godwin rounding back into form. Evans should be a top-ten option in 0.5 PPR leagues.

WR Chris Godwin: The Bucs taking care of their own by signing Godwin to a three-year, $60-million extension coming off a torn ACL was a wise move, and we’d make a case for him as high as the WR8-WR10 range if guaranteed to be fully healthy for the opener. In 26 appearances with Tom Brady at quarterback, Godwin has produced at a 17-game pace of 107 receptions, 1,270 yards, and eight touchdowns, but the missed time (seven games) is what has held him back from a high-end WR1 season like he had in 2019.

WR Russell Gage: Tampa Bay signed Gage to a three-year, $30-million deal in free agency to solidify their No. 3 receiver spot, and he’s proven to be an all-around solid weapon after back-to-back lines of 72/786/4 and 66/770/4 in Atlanta. TB12 must feel good about how Gage’s game—with versatility to line up in various spots and underrated run-after-catch ability—fits with the offense, and we are high on his ability to produce whether or not Chris Godwin misses time early in the season.

WR Tyler Johnson: The depth at wide receiver will be an underrated fantasy storyline during the preseason, and the spots look wide open for a collection of players that have flashed in various spots over the past couple of years. Johnson probably didn’t play as well as he would have liked in 2021, but he did increase from 12 receptions as a rookie to 36 receptions last season; he’s a guy that can realistically step into Chris Godwin’s role if needed.

WR Breshad Perriman: Perriman made some plays down the stretch after signing with the Buccaneers last season—including a 58-yard touchdown reception in a 33-27 win over Buffalo. The former No. 26 overall pick can create more downfield success with an entire offseason to be more comfortable in the offense.

WR Cyril Grayson: Grayson also made an impact when called upon last season—catching ten-of-12 targets for 212 yards and two touchdowns (21.2 yards per reception). For what it’s worth, the speedster had fantasy point totals of 11.5, 11.0, and 17.1 in three games in which he was targeted.

WR Jaelon Darden: Limited to six receptions as a rookie, Darden will have to build on what Todd Bowles called a “great” offseason by proving himself in camp if he wants to fend off competition for the No. 4 role. Last year’s third-round pick is a fast and explosive weapon that can thrive if trusted by Tom Brady to make plays.

WR Scotty Miller: With just five grabs in nine games, Miller was unable to build on an impressive 2020 campaign (33/501/3 line while averaging 15.2 yards per reception)—so he now appears to be firmly on the roster bubble with Perriman and Grayson on more solid footing based on how last year ended. We’ll see how Miller and others perform next month.

TE Cameron Brate: Brate was tied for the NFL lead among tight ends in red zone targets last season (20), and playing in an offense orchestrated by Tom Brady is always beneficial for skill-position players. Kyle Rudolph crowds the room some even with Gronk gone (at least for now), but Brate already having a built-in connection with his quarterback could give him the edge as a fantasy option for 2022.

TE Kyle Rudolph: Rudolph couldn’t have asked for a better spot coming off a disappointing season in New York, and he can easily be the top option at tight end for Tampa Bay. Prior to last season, the veteran had touchdown totals of nine, five, seven, eight, four, and six when appearing in every game for his team (all with the Vikings).

TE Cade Otton: We were high on Otton coming out of Washington, and his blocking is something that could lead to early playing time as a rookie. Overall, the 23-year-old has an ideal skillset for a new-age in-line tight end, so it should come down to how much action he sees regarding in fantasy value for 2022.

This is an all-world value pick, as Godwin is a legitimate WR1 when on the field, and recent reports would seem to suggest a limited number of games missed (if any at all). Averaging 9.6 yards per target for his career in a role that doesn’t always allow for downfield opportunities shows just how good Godwin is, so best ball drafters in particular should get the value while they can.

Our full scouting report for Otton can be viewed here, but he’s an excellent value in dynasty leagues.

Before tearing his ACL in Week 15, Chris Godwin was on pace for 120 receptions, 1,378 yards, and seven touchdowns through 13 games.