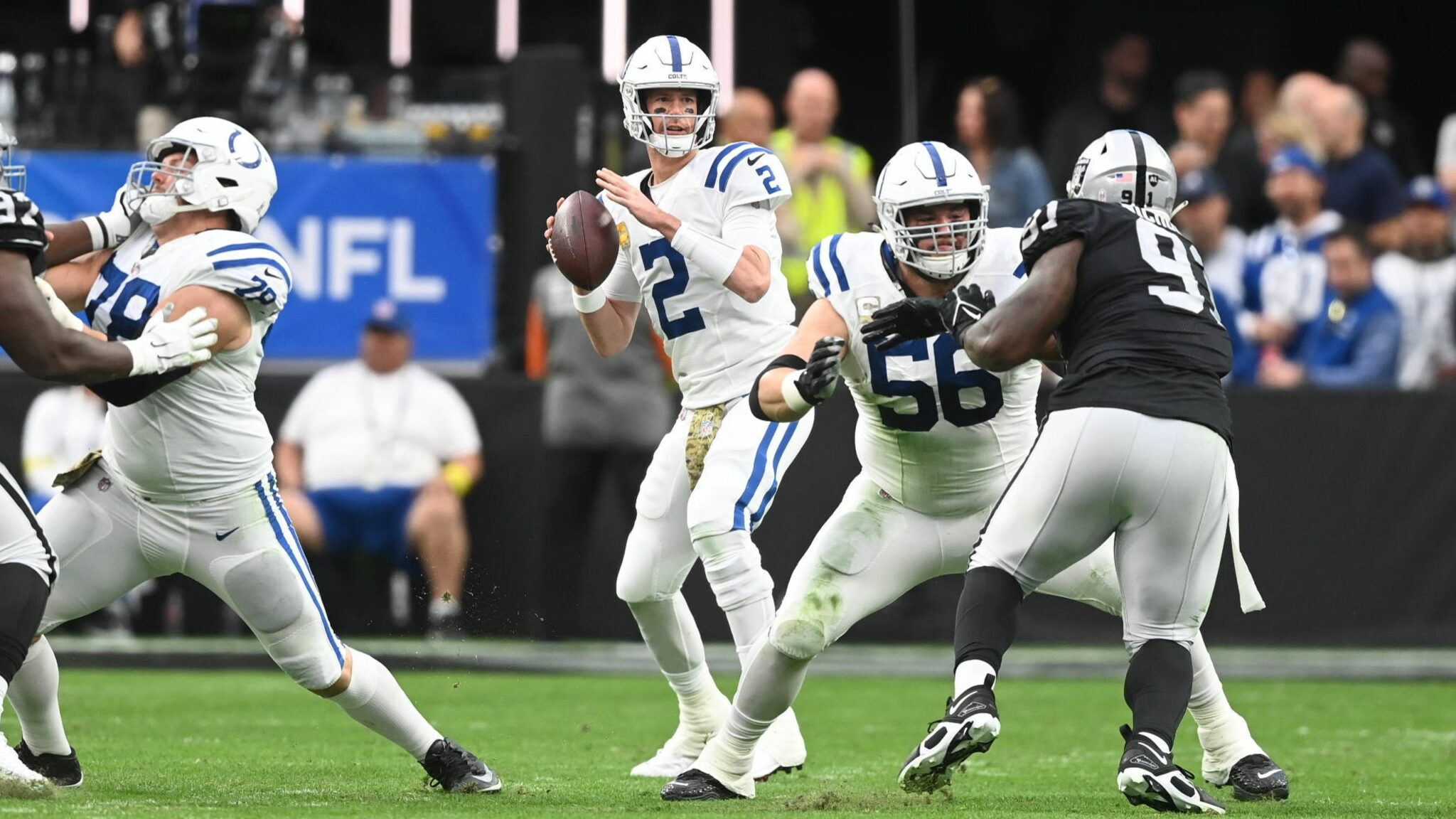 After putting up 40+ fantasy points in Week 9, Fields followed it up with another monster performance that nearly reached the 40-point milestone (39.38)—fueled by 13 carries for 147 yards and two touchdowns on the ground. To show how much of a cheat code Fields has become, he had almost 15.0 fantasy points with just 51 passing yards at halftime.

As expected, the Colts got back to feeding Taylor in the first game with Jeff Saturday as interim coach, and the superstar back put up an overall RB1 performance (pending the MNF results). Boosted by a 66-yard touchdown sprint, Taylor rushed 22 times for 147 yards and caught two passes for 16 yards in the win over Las Vegas.

Jones was also recommitted to in Week 10—turning 26 touches into 156 yards and a touchdown to help Green Bay snap their five-game losing streak. Green Bay should again lean on Jones and the running game with a short week to take on the 6-3 Titans on Thursday night.

It didn’t result in a win, but Lamb was basically uncoverable in the loss to the Packers by catching 11-of-15 targets for 150 yards and two touchdowns. The 32.5 fantasy points were easily a season-high, and Lamb silenced any doubters about him as a true No. 1 target.

Jefferson was also almost impossible to stop in Week 10 as Minnesota upset the Bills—with the highlight being an unbelievable one-handed grab on fourth-and-18 to keep the game alive for the Vikings. Overall, the former first-round pick caught ten passes for 193 yards and a touchdown to already top 1,000 receiving yards on the season.

The emergence of Kmet has seemingly come out of nowhere with five touchdowns over the past three games—as he was previously held out of the end zone for 28 consecutive games, and it’s not like Justin Fields has been putting up huge passing numbers despite his own emergence. Over the past two games in particular, Kmet has gone for lines of 5/41/2 and 4/74/2.

Injuries and inconsistency plagued Watson to begin his career, but he shook off early struggles against the Cowboys to catch four passes for 107 yards and three touchdowns in the 31-28 win. The floodgates opened with a great over-the-shoulder grab for a 58-yard score in the first half, and then Watson followed it up with touchdowns of 39 and seven yards in the fourth quarter.

There were no huge D/ST performances over the weekend, but Pittsburgh limited the New Orleans offense to 186 total yards and ten points as the return of T.J. Watt boosted the entire unit. Next up is a matchup versus a rested Cincinnati team that the Steelers dominated in the opener.

Eddy Pineiro (16.0 fantasy points) deserves an honorable mention after bouncing back in the rematch versus Atlanta, but Bass (13.0 fantasy points) gets the nod as the more widely used option. In wintry conditions on Sunday, Bass hit all three field goals and PATs for Buffalo.

The main surprise for Ryan was him being the starter because Jeff Saturday said that Sam Ehlinger would keep the job—but the interim HC did follow it up by calling it an open competition. That led to Ryan reclaiming the position (likely due to his performance in practice), and he is the current QB4 for Week 10 thanks to four carries for 38 yards and a touchdown on the ground—with the highlight being a 39-yard rush to help set up the game-winning score.

Disappointment of the Week: Cooper Kupp

“Injured Pass-catchers” could have been listed here with JuJu Smith-Schuster (concussion), Jerry Jeudy (ankle), Zach Ertz (knee), and Gerald Everett (groin) all going down as well, but Kupp—who we are guessing is dealing with a high-ankle sprain—caught three passes for negative-one yard for what was a disastrous outing for both the Rams and fantasy owners. There is a real possibility the performance was the last we’ll see of Kupp in 2022 if Los Angeles is unable to climb back into contention.

Rookie of the Week: Christian Watson

A three-touchdown performance makes Watson a lock for Rookie of the Week, and he took full advantage of the Cowboys using All-Pro cornerback Trevon Diggs to shadow Allen Lazard by using his speed/athleticism to beat the other Dallas cornerbacks. Green Bay’s second-round pick playing 84% of the team’s offensive snaps with Romeo Doubs (ankle) out puts him squarely into FLEX territory for Week 11.

Again, another limited day in terms of passing yards didn’t matter at all for Fields—and that cheat code status has been achieved with an average of 14.6 completions and 162.0 passing yards per game over the past five weeks. But with 62 carries for 555 yards (9.0 YPC) and five touchdowns over that span, Fields could very well end up here again with a home-run matchup versus Atlanta next week.