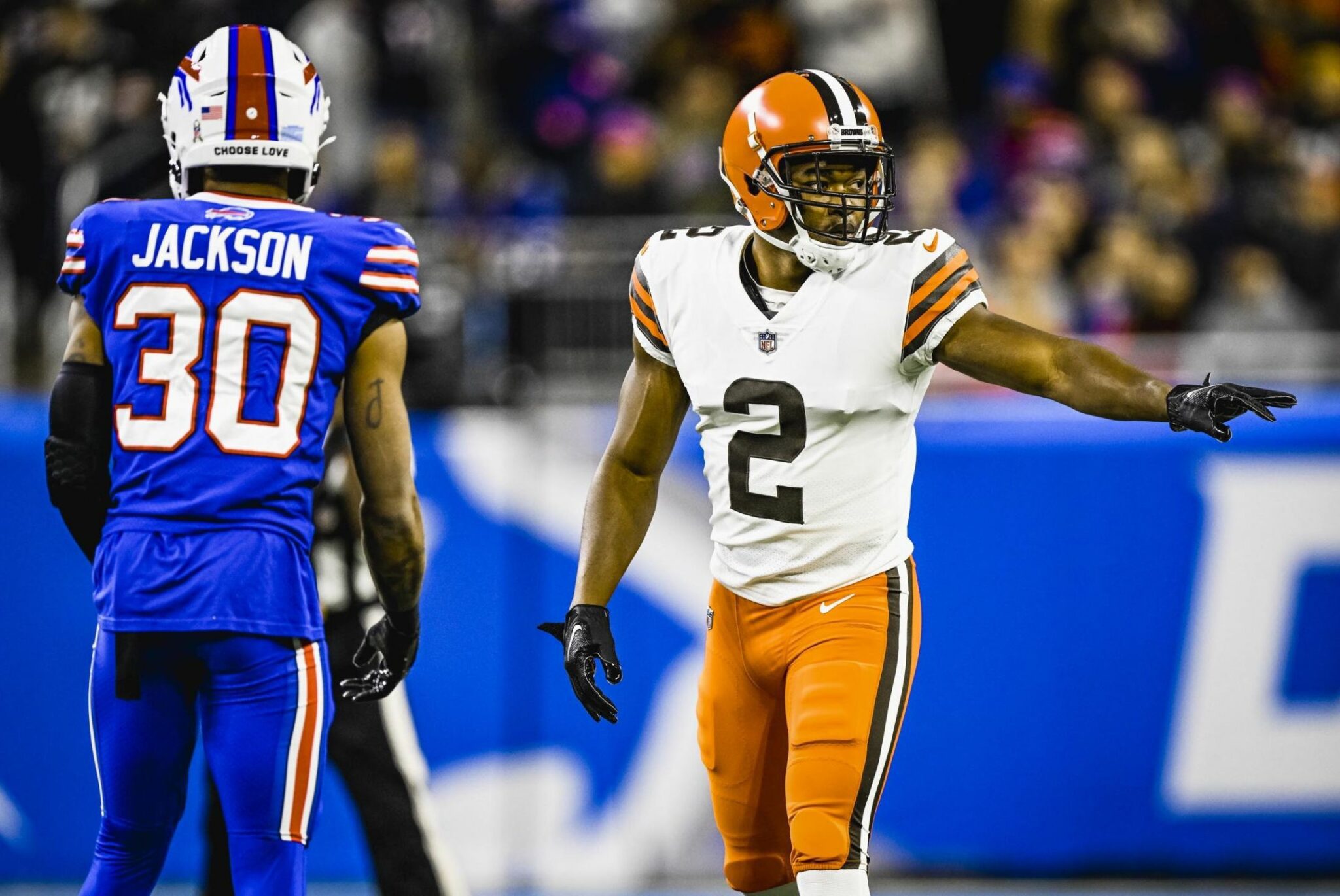 The Chargers did a decent job containing the Kansas City offense for the most part on Sunday night, but Mahomes easily led a game-winning drive to sweep the season series—boosting him to the overall QB1 with 27.46 fantasy points. Mahomes now has 329+ passing yards in each of his past five games.

News hit on Sunday morning that Ezekiel Elliott (who also had a very good game with 17.2 fantasy points) likely wouldn’t see a normal workload, and Pollard took advantage of 21 touches—turning them into 189 yards and two touchdowns. Most of the damage came through the air with a 6/109/2 receiving line, and Pollard should be a weekly starter moving forward.

There was also news on Sunday morning about Harris being set to see increased carries, and while the total actually matched last week (20), the second-year back turned them into 90 yards and two touchdowns. Notably, the rest-of-season schedule sets up favorably for both the Steelers and Harris.

The Broncos flat out didn’t cover Adams down the field on Sunday—allowing him to get loose for two deep touchdowns on his way to catching seven passes for 141 yards. Without Hunter Renfrow (oblique) and Darren Waller (hamstring) in the lineup, Adams will continue to be locked onto by Derek Carr.

The location change from snowy Buffalo to the domed confines of Ford Field probably benefitted Cooper more than anyone, and he was able to hang an 8/113/2 line on the Bills while playing on the fast surface. Cooper will again be featured next week against the surging Buccaneers.

Los Angeles simply has had no answers for Kelce, and it felt like a foregone conclusion that he would catch a game-winning touchdown in the final minute after Kansas City got the ball back. By the end of the night, Kelce had six receptions for 115 yards and three touchdowns in the 30-27 win.

Mike Williams (ankle) and Keenan Allen returning led to Palmer being pushed down to the No. 3 wideout role, but as early exit for Williams and Allen having a pitch count allowed him to be featured with 106 yards and two touchdowns on ten targets. Those that took a risk to start Palmer are surely happy with the result.

Washington being without Chase Young (knee) was something that could have limited the unit’s upside, but that wasn’t the case as they wrecked Houston’s offense with five sacks, two interceptions (including a pick-six), and just 148 total yards allowed to finish with 21.0 fantasy points.

Similar to Amari Cooper, the Buffalo game being moved to Detroit was a definite benefit for Bass—who nailed all six of his field goals for 23.0 fantasy points. He’ll again be a top option on Thanksgiving versus the Lions.

Surprise of the Week: Jamaal Williams

This isn’t a huge surprise (we had Williams as a top-20 option), but New York had surrendered just five rushing touchdowns on the season before the veteran hit them with a hit trick. For the season, Williams now has an NFL-high 12 rushing touchdowns—including five games with multiple scores.

Disappointment of the Week: Kadarius Toney

Again, an upside-down season led to plenty of disappointments, but it’s tough to top a guy with high expectations getting zero fantasy points before leaving with an injury. Toney has now gone from a fantasy darling to being an option that will be difficult to count on in lineups based on history.

Rookie of the Week: Christian Watson

Watson makes it here for the second week in a row, as he caught four passes for 48 yards and two touchdowns last Thursday night to give him five touchdowns over the past two games. The rookie has the pure speed, size, and athleticism that the rest of Green Bay’s offense lacks, so Aaron Rodgers should continuing looking to him down the stretch.

Kelce has been unstoppable as ever this season, and Sunday night was another dominant outing with 32.5 fantasy points. The three-score performance was his second AFC West clash in primetime with at least three touchdowns this year after he had four against the Raiders back in Week 5. Kelce should be the unquestioned TE1 for the rest of the season.