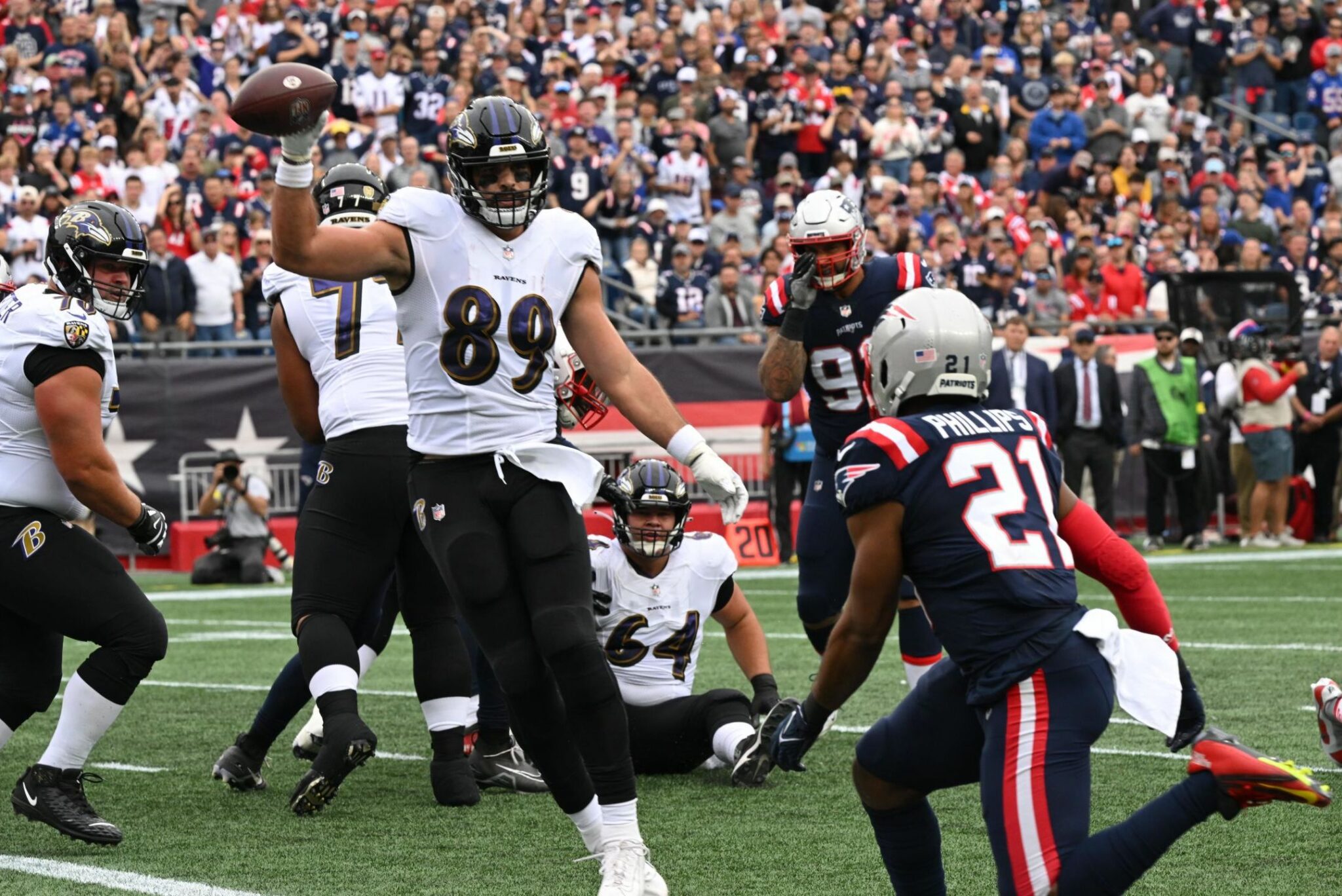 New England was able to get to Jackson for much of the day, but not being able to actually finish the job by bringing him down led to another monster day for the former NFL MVP. Jackson being more confident/determined as a passer (in a contract year) while continuing to do serious damage with his legs makes him a high-end QB1 that will try to stay hot against the Bills in Week 4.

David Montgomery (knee/ankle) is fortunately day-to-day after going down, but Herbert took full advantage of an increased opportunity on Sunday—rushing 20 times for 157 yards and two touchdowns to power Chicago to a 23-20 victory. If nothing else, the Bears might be more willing to make it a backfield split between the two with Herbert averaging 7.3 yards per carry on the young season.

Williams is another backup that shined in Week 3, as he went for his second two-touchdown game of the year while finishing with 107 total yards on 22 touches. The team wanting to keep D’Andre Swift (ankle) healthy has led to the veteran being leaned on, and he’s played himself into being a weekly low-end RB2/FLEX option.

Smith was phenomenal in Philadelphia’s win over the Commanders—catching eight passes for 169 yards and a touchdown (plus a 12-yard rush) to finish as the week’s overall WR1. The “Skinny Batman” of the receiving corps made a couple of highlight plays and will continue to benefit from not only the attention A.J. Brown draws, but also the progression of Jalen Hurts as a passer.

Following an eight-target game in Week 2, Hollins was even more involved in the Raiders’ loss to the Titans with eight receptions (on ten targets) for 158 yards and a touchdown. The 29-year-old also completed a four-yard pass for good measure, and he’s looking like a weekly factor with snap percentages of 88%, 87%, and 97% through three games.

We thought the Patriots would make sure Andrews didn’t beat them in Week 3, but that clearly didn’t happen as the top pass-catcher for Baltimore brought in eight-of-13 targets for 89 yards and two touchdowns. Although the efficiency has seen a slight drop compared to previous years, Andrews is averaging 10.3 targets per game and has benefitted from the more pass-centric attack.

Henry getting on track against the Raiders was some nice familiarity in a crazy week, and the Titans are back on track by feeding Henry 25 touches for 143 yards and a score. The most encouraging part of the performance was Henry seeing six targets, which he turned into five receptions for 58 yards; that will be key if the offensive line continues to struggle opening holes.

Philadelphia sacked Carson Wentz nine times on Sunday, and it looked for much of the day that they would get a shutout versus their former franchise quarterback. While that didn’t happen, the Eagles still finished with 17.0 fantasy points with six points and 240 yards allowed.

Zuerlein has settled in after a shaky opener, and two makes from 50+ yards helped him finish with 18.0 fantasy points with the Jets not finding the end zone in a 27-12 loss.

Surprise of the Week: Mack Hollins

Again, maybe the performance for Hollins shouldn’t be a massive surprise considering his playing time and the absence of Hunter Renfrow (concussion) in Week 3, but he’s already up to a career-high 240 yards on the season thanks to Sunday’s outing. The stars for Las Vegas will eventually command more targets and numbers, but Hollins should be added as someone trusted to make plays for Derek Carr.

Disappointment of the Week: Chargers D/ST

This was a week were any number of players could have been chosen, but the Los Angeles defense gets the nod after putting up negative-six fantasy points on a day where there was hope the group would step up with Justin Herbert was playing hurt. To be fair, the defense had a couple of short fields to deal with and at least kept the Chargers in the game for a bit, but totaling negative-six points can be an absolute killer for fantasy teams.

Rookie of the Week: Romeo Doubs

Another 13-target day for Chris Olave (nine receptions for 147 yards) in a losing effort makes him an honorable mention, but Doubs looked like a star in Green Bay’s win over Tampa Bay—catching all eight of his targets for 73 yards, including his first career touchdown. Doubs should remain a significant part of the offense with Sammy Watkins (hamstring) on IR and doesn’t look like a guy that will take a backseat anytime soon.

Jackson is the back-to-back weekly MVP after nearly reaching 40+ fantasy points for the second week in a row, and the scary part is that he’s putting up huge numbers as both a passer (ten touchdowns) and runner (back-to-back games with 100+ yards and a score). Week 4 will be another challenge with the Bills coming to town, but Jackson is looking like he’s fully returned to 2019 form.