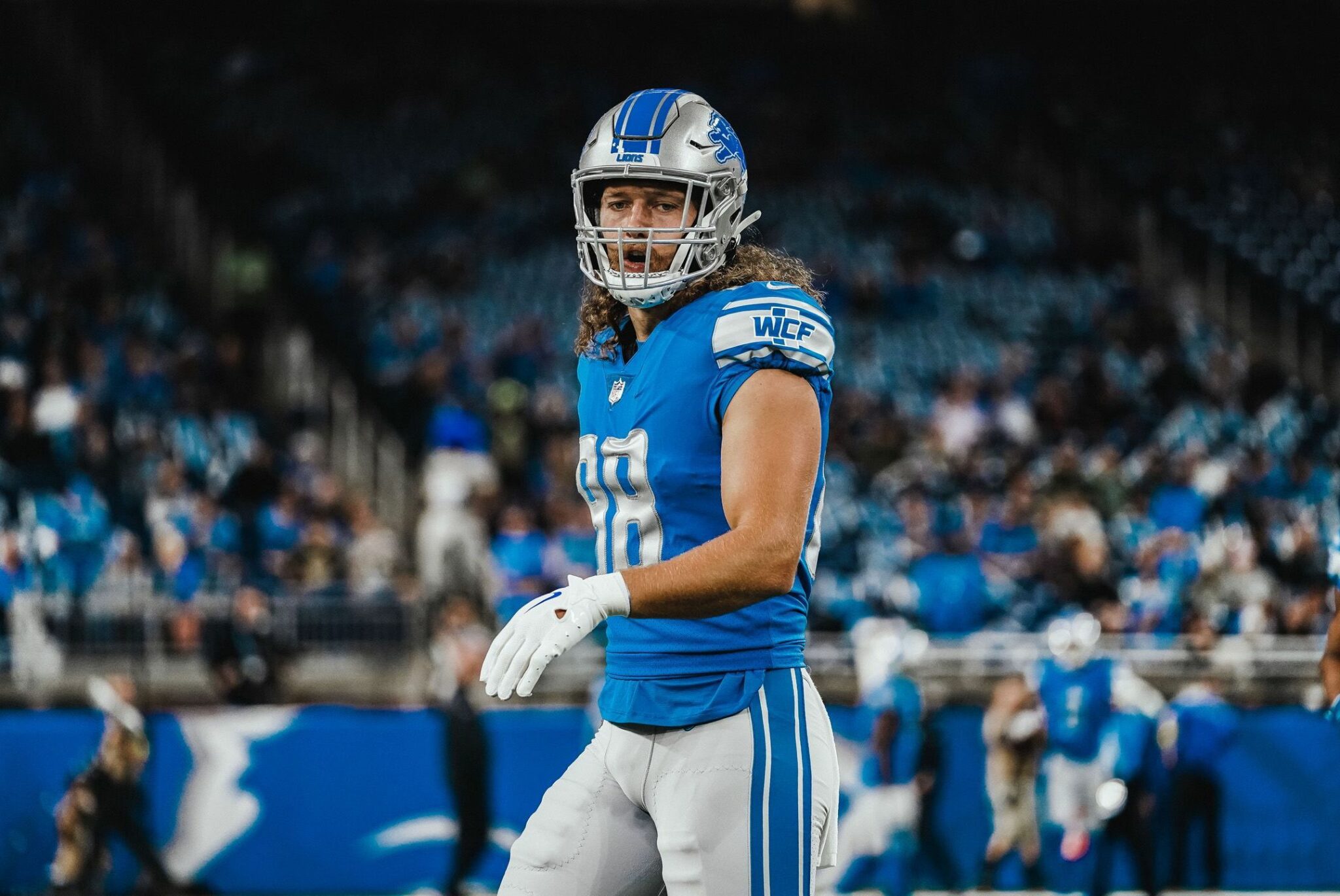 The Lions were forced into another shootout yesterday, and Goff came through for fantasy owners with 378 yards and four touchdowns (plus an interception) despite not having Amon-Ra St. Brown (ankle), D.J. Chark (ankle), or D’Andre Swift (shoulder). The 33.22 fantasy points elevated him to being a top-five option at the quarter mark of the 2022 season.

Jacobs had been just a solid low-end RB2/FLEX option before Sunday—but he absolutely exploded on 33 touches versus Denver by totaling 175 yards and two touchdowns in the Raiders’ first win of the year. The performance should solidify hit status as the clear lead back as the Silver and Black hope to stay hot next Monday night versus Kansas City.

Ekeler was another option that had been unspectacular to date, but a three-touchdown performance led to 31.9 fantasy points for a guy that was an early first-round pick in many leagues. Overall, Ekeler turned 19 touches into 109 total yards and the three scores despite continuing to split work with Sony Michel and Joshua Kelley.

Evans wasted no time putting up numbers in his return from a one-game suspension, as he caught eight passes for 103 yards and two touchdowns as the top downfield threat for Tom Brady. The big-bodied wideout gets a great stretch over the next three weeks (v ATL, @ PIT, @ CAR) with the Bucs looking to put a 2-2 start behind them.

A trip across the pond was enough to get Jefferson going after a couple of quiet games in a row, and the matchup with Marshon Lattimore and the Saints didn’t prevent him from consistently getting open for Kirk Cousins. In addition to the ten receptions for 147 yards, Jefferson had a three-yard rushing touchdown in London.

The injuries to Detroit’s offense allowed Hockenson to finally breakout for Dan Campbell’s squad—hauling in eight-of-12 targets for 179 yards and two touchdowns in a shootout loss. For the future, Hockenson should have more stable footing as a TE1 option even when Amon-Ra St. Brown and others are back in the lineup.

Penny had a quiet first half on Sunday, but he eventually looked like the guy we saw at the end of 2021 by rushing 17 times for 151 yards and two touchdowns in a 48-45 victory. The former first-round pick had rushing scores of 36 and 41 yards to show his big-play ability when given enough touches.

Philadelphia forced five turnovers against Trevor Lawrence (four of them being fumbles), and the rainy conditions were a significant factor on a day where Darius Slay (forearm) left the game in the first quarter. Following up last week’s win over Washington, the Eagles finished with 17.0 fantasy points against Jacksonville.

A missed extra point fortunately didn’t cost the Vikings on Sunday, and a few drives stalling out led to Joseph hitting all five field goal attempts to help give Minnesota a 28-25 win. From a fantasy perspective, Joseph has settled in as a boom-or-bust play.

Surprise of the Week: Geno Smith

On the other end of Jared Goff’s shootout loss to the Seahawks was Smith—who was on fire by completing 23-of-30 passes for 320 yards and two touchdowns, not to mention an additional seven carries for 49 yards and another score. Smith gets a tougher matchup next week in New Orleans, but he’s undoubtedly played himself into weekly QB2 consideration.

Disappointment of the Week: Jonathan Taylor

Taylor was given 21 touches in Week 4, but anyone that watched the game should see that Indy’s usage of the superstar back has been unacceptable, and it’s a major reason they sit at 1-3. The situation is somewhat similar to last year when the Colts didn’t do a good job playing through Taylor, so we’ll see if he’s healthy—dealing with an ankle injury—and can breakout on Thursday day against Denver.

Rookie of the Week: Dameon Pierce

After handling 22 touches in Week 3, Pierce remained the workhorse for Houston—rushing 14 times for 131 yards and a touchdown while catching all six targets (but for just eight yards). The highlight was a 75-yard score that gave the Texans life to make it close following a 21-0 deficit, and Pierce should be the favorite to hold off Breece Hall as the top rookie runner.

A tight end finishing with 35.9 fantasy points is obviously a massive boost for a fantasy lineup, and Hockenson currently leads all Week 4 scorers heading into Monday night. As stated, Detroit’s tight end should be a more central part of the offense moving forward after showing he is a big-time receiving threat at the position.