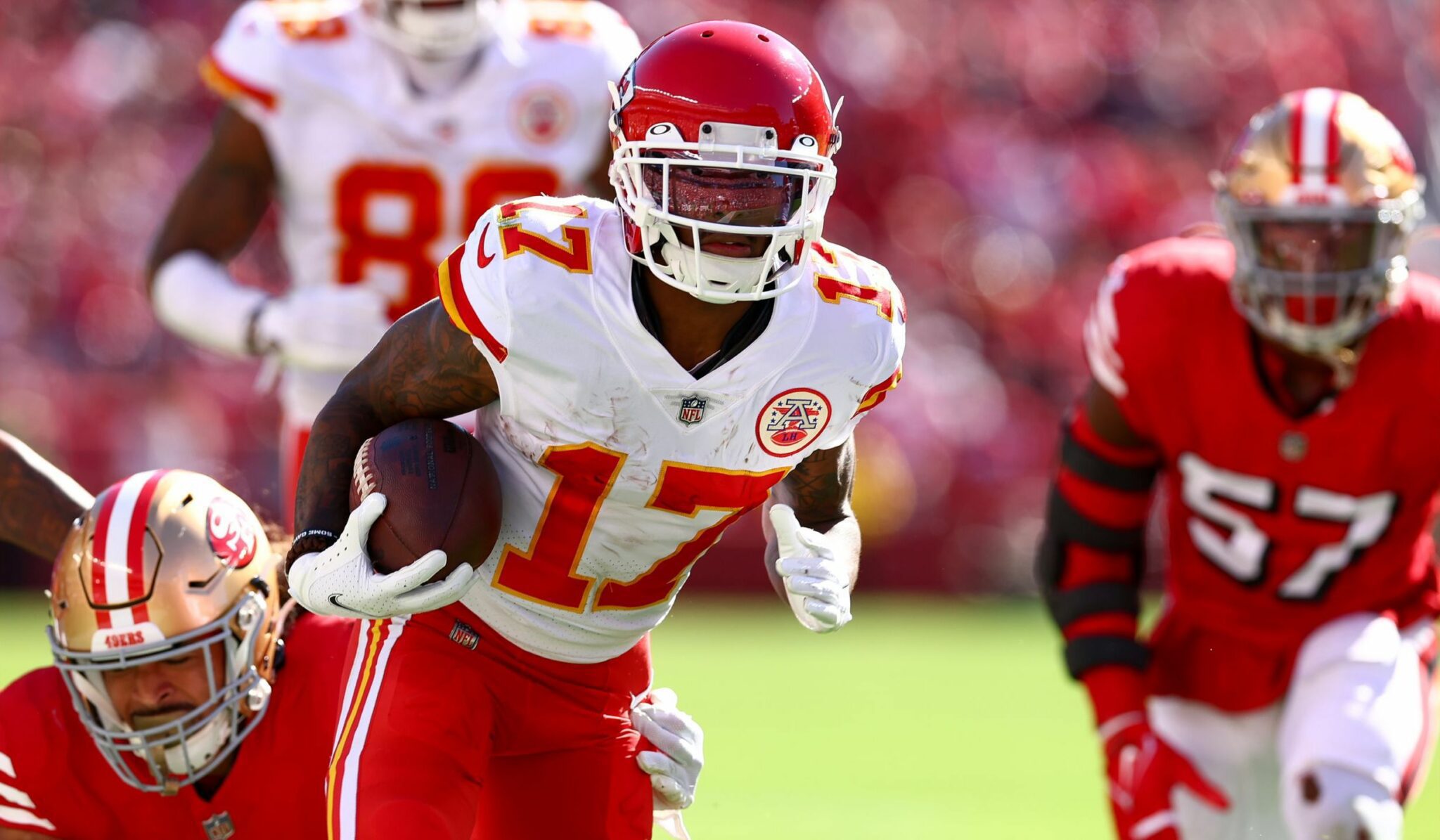 Burrow carried over the momentum from last week with a monster game against the Falcons—throwing for 345 yards and three touchdowns in the first half. The former No. 1 overall pick also found the end zone as a runner for the second week in a row, and a step back from a fantasy perspective certainly isn’t happening based on how the season has started.

Jacobs is another player that had his momentum from previous weeks carry over, as the bye was no match for him as the Silver and Black’s top runner rushed 20 times for 143 yards and three touchdowns in a 38-20 victory. In three October games, Jacobs has rushed 69 times for 441 yards (6.4 YPC) and six touchdowns.

A three-game touchdown drought to begin the season is a thing of the past for Ekeler, and he’s now scored eight total touchdowns over the past four games. In Week 7, Ekeler’s numbers were carried by 12 receptions for 96 yards and a score to give him another outing with 30+ fantasy points.

In a week of hot players staying hot, Chase had almost an exact repeat of his Week 6 numbers (7/132/2) by catching eight passes for 130 yards and two touchdowns against the Falcons. Next up is a Halloween Night showdown versus a Cleveland team that has struggled defensively in 2022.

There are many that talk of Hardman having his role scaled back in the Kansas City offense, but his unique speed makes him a valuable piece for Andy Reid—and that speed was on display with six touches for 60 yards and three touchdowns against San Francisco. In three important games over the past three weeks, Hardman has totaled 80 yards (v LV), caught a touchdowns (v BUF), and scored three touchdowns (@ SF).

Kittle going off on National Tight Ends Day felt inevitable, and he had his best game of the year with six receptions for 98 yards and a touchdown. The score was a jump ball in the end zone, and Kittle has seen an increased role with 19 total targets and 83+ yards in each of the past two games.

The Chargers had no answer for the downhill speed of Walker on Sunday—leading to 23 carries for 168 yards and two touchdowns, which was capped off by a highlight 74-yard score to seal the game in the fourth quarter. Over the past three games, the rookie has rushed 52 times for 353 yards (6.8 YPC) and four touchdowns for the 4-3 Seahawks.

Tennessee came strong out of the bye week to make Indianapolis look like the struggling squad we’ve seen for much of the season—scoring 20.0 fantasy points three turnovers forced, three sacks, and a defensive touchdown. Next up is a plus matchup versus Houston.

Myers hit three field goals on Sunday (from 46, 34, and 50 yards) along with all four of his PAT attempts to give him 16.0 fantasy points. The 31-year-old has now gone for double-digit fantasy points in each of the past five games.

Surprise of the Week: Mecole Hardman

On a day where he shared the field with Deebo Samuel, it was Hardman that made NFL history by becoming the first wide receiver ever to rush for two touchdowns and catch another. His stock should be trending up as the Chiefs head into their bye week.

Disappointment of the Week: Mark Andrews

There were quite a few disappointments with low scores across the league—due to injury or otherwise—but Andrews being limited to zero receptions was a shocker in what was a great on-paper matchup. The only fantasy points put up by him came on a four-yard carry, and the performance coming on National Tight Ends Day was added disappointment for fantasy owners.

Walker earns the honor for the second week in a row, and he has a high likelihood of winning Rookie of the Year (from both a real-life and fantasy perspective) with Breece Hall (knee) unfortunately looking to be done for the year. We doubt Seattle’s second-rounder slows down next week for a matchup versus a New York defense that really struggles to stop the run.

Burrow is also a repeat for an award—besting his 32.5 fantasy points as the Week 6 MVP by going for 39.24 fantasy points to claim the spot in Week 7. It will be fun to see if he can keep it going on Monday Night Football against a Cleveland team that has won all three matchups against Burrow to begin his career.