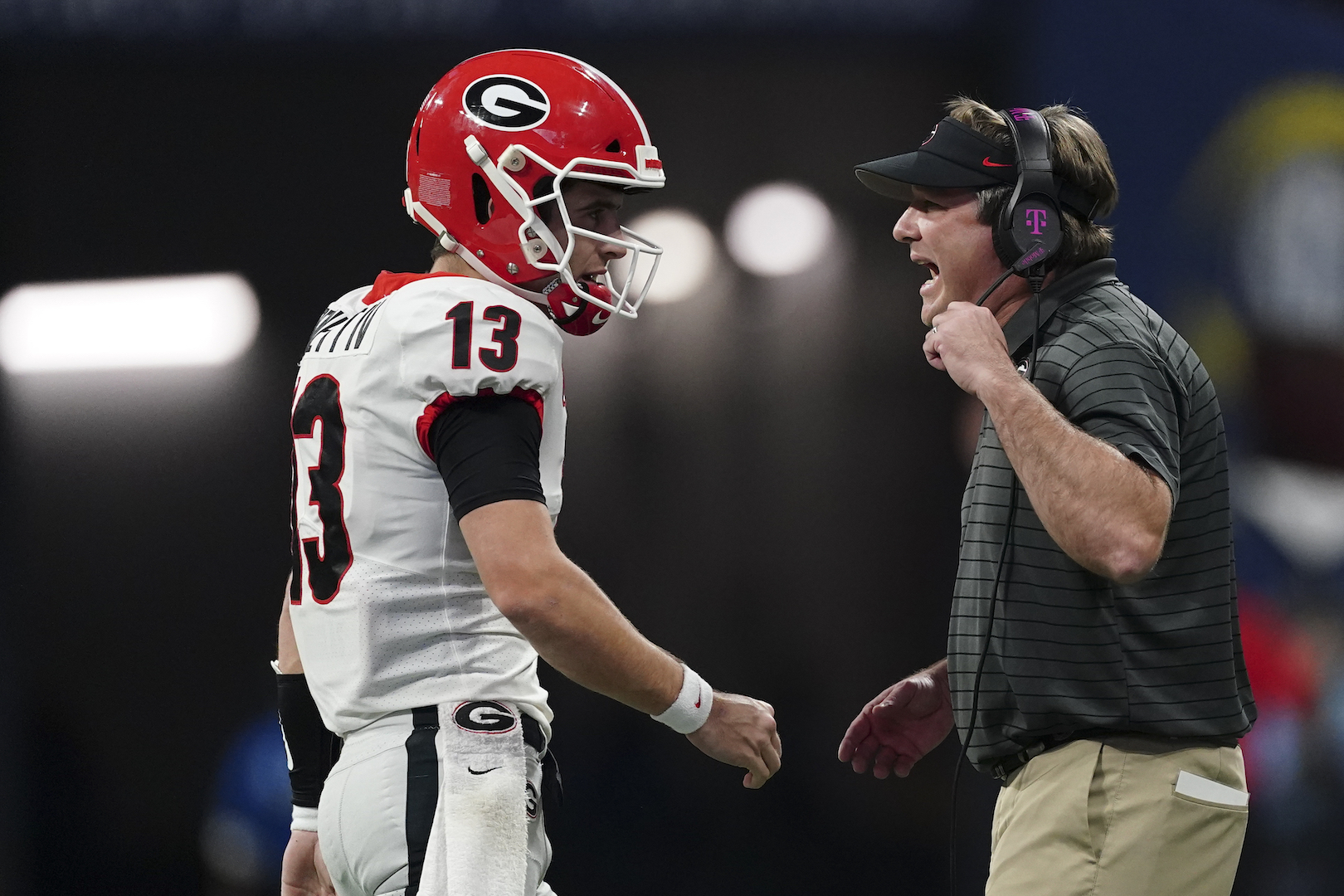 
One of the wildest seasons in college football history will conclude with tonight’s CFP National Championship Game between the TCU Horned Frogs and the Georgia Bulldogs.

After arguably the best set of College Football Playoff semifinal games ever a couple of Saturdays ago on New Year’s Eve, both Georgia and TCU are coming off nail-biters that exhausted a ton of energy. Both squads had unbeaten regular seasons, followed by the Bulldogs winning the SEC and TCU losing a heartbreaker to Kansas State in the Big 12 Championship Game. These schools have matched up just four times in history, with Georgia winning all four games. As the tale of the tape indicates, Georgia is seen as the better and more talented team, and they are two-touchdown favorites (-13.5) tonight.

However, while the Bulldogs haven’t always coasted (for example: their comeback win at Missouri and the comeback win over Ohio State in the Peach Bowl), TCU has been more battle tested all year (including in the Fiesta Bowl versus Michigan). The turnover margin (+9 for TCU and -2 for Georgia this season) is something to keep an eye on. Georgia head coach Kirby Smart made it clear immediately in the aftermath of the CFP victory that he wants Stetson Bennett to just run the offense and avoid putting the ball in harm’s way. It’s somewhat of a fine line with Bennett, who has gone from a walk-on to a national champion and a Heisman Trophy finalist—with a chance to join an exclusive group of quarterbacks that have won two national titles.

Like Bennett, fellow Heisman finalist Max Duggan is a fighter that just finds a way to win games. He showed a ton of heart in the conference championship game loss and is a dual threat that will try to do whatever it takes to move the ball and score points. Georgia’s pass rush wasn’t great this season, but they’ve turned it on in the SEC Championship and the Peach Bowl. But if defenses can’t get pressure (the teams are tied for just 71st in sacks this season, with 30 each), we could see another shootout.

Aside from turnovers and a defense potentially stepping up for game-changing sacks or turnovers, the run game for both sides is an X-factor to help offenses stay in favorable third down situations. TCU’s star runner Kendre Miller is dealing with a knee injury suffered just over a week ago in the Fiesta Bowl, but Emari Demercado stayed ready for his opportunity and went for 150 yards and a touchdown on Michigan—look for Demercado to lead the backfield tonight. Georgia running back Kenny McIntosh is a gamebreaker that’s also a strong a receiving option out of the backfield, but the Dawgs are deep at the position and can ride the hot hand. Versatile stud tight end Brock Bowers is also someone to mention for UGA, as he’s one of the top overall players in college football.

And looming on over everything is the major goal of the Bulldogs looking to become the first repeat champion in the College Football Playoff era—and the first since Alabama in 2011 and 2012. Regardless of what happens tonight, Coach Smart has built a juggernaut at Georgia.

The six-foot-four Quentin Johnston is one of the best big-play threats in college football, as he displayed in the CFP semifinal win against Michigan:

The main guy tasked with trying to stop Johnston will be cornerback Kelee Ringo—who of course had the clutch interception to help seal the victory for the Dawgs in last year’s title game—but it’ll be a group effort from the entire secondary. If Georgia can force Duggan to find big plays elsewhere, the defense should be able to make some noise.

I picked against the Dawgs last year and won’t do it this time around. Give me Georgia in a high-scoring game. – Kevin Davis

TCU is a gritty bunch that scares me if they can win the turnover battle and if Quentin Johnston has a game. Sonny Dykes has become a turnaround master in college football, and he deserves a ton of credit for the job he’s done this season. But the Bulldogs might have too much, and they are led by an extremely confident quarterback in Stetson Bennett. If Georgia can control the line of scrimmage, I really like them to win their second consecutive national title. – David Chappine