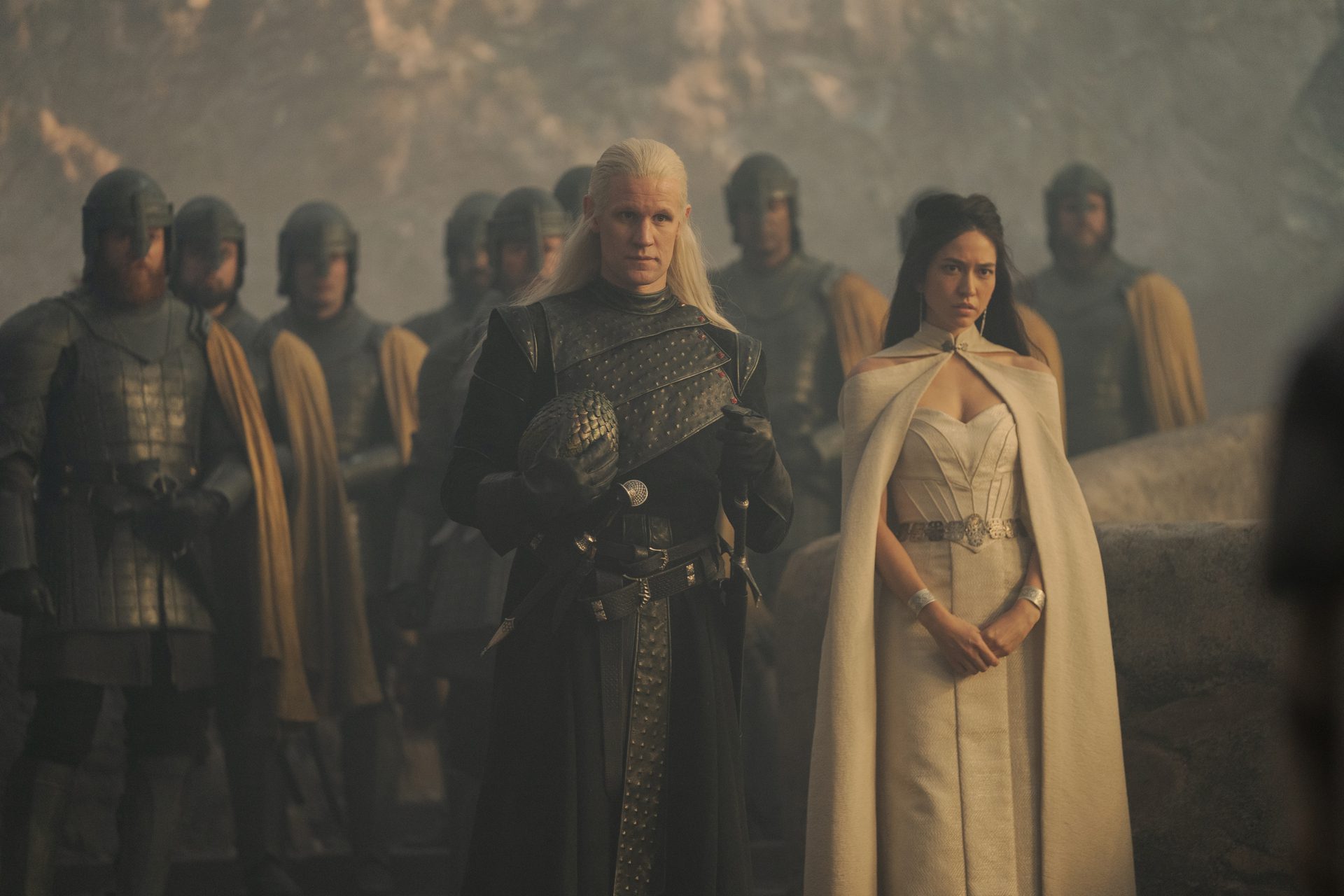 ‘House of the Dragon’ Season 1, Episode 2 Recap: “The Rogue Prince”


The second episode of House of the Dragon picks up six months after the events of Episode 1.

Rhaenyra oversteps at the Small Council. Viserys is urged to secure the succession through marriage. Daemon announces his intentions.

The Small Council meeting where the members decided what to do about Daemon Targaryen, who had taken over Dragonstone with the City Watch, was an intense meeting that is among the moments that deserve mention—as was the later Small Council meeting where King Viserys announced that he would be marrying Alicent Hightower, angering both Rhaenyra and Corlys Velaryon. But it’s aftermath, with Otto Hightower declaring that he would go to Dragonstone because it is too dangerous for Viserys, was probably the top moment of “The Rogue Prince”.

Hightower obviously holds a feeling of disdain for Daemon, the rogue prince that stole Dreamfyre’s egg (which was to be placed in the cradle of Baelon, per Targaryen tradition) while shamelessly lying about why he wanted it, and he made his feelings known during the showdown on the steps to the castle. Otto’s side, which included new Kinsguard member Criston Cole, arguably had the advantage on the ground—but Daemon had Caraxes at his back. Rhaenyra really saved the day by arriving on her own dragon Syrax to step up and talk to her uncle, eventually getting the valuable dragon egg back. It was cool to again see a Targaryen use a dragon in a key moment like we saw in Game of Thrones, and the princess’ actions helped avoid bloodshed and the potential first skirmish of a civil war.

“Men would sooner put the realm to the torch than see a woman ascend the Iron Throne.” – Rhaenys Targaryen to Rhaenyra Targaryen

Rhaenyra could have been MVP for her actions on Dragonstone, but she took a major hit at the end of the episode when it was announced that her father would be marrying her best friend. Instead, Otto Hightower played the game of thrones extraordinarily well, with his daughter now set to become Queen and continue the royal line of succession. Otto was already very powerful as Hand of the King, but he is now virtually indispensable after out-playing Lord Corlys, who wanted the King to marry his even younger daughter Laena Velaryon.

-After the prologue in the first episode, it was expected that opening credits would enter the picture in Episode 2. There was anticipation about the direction they would take considering Game of Thrones’iconic opening credits. It was great to see House of the Dragon use the same song (just slightly shorter to accommodate the shorter length of the credits) as its predecessor. I thought a new score might have been created, but sticking with the legendary GoT opening tune makes too much sense—and it’s something that should continue for all other potential successor shows.

-It was nice to see a lot of Dragonstone again, and some of the shots used gave a different perspective and angle than we saw in Game of Thrones. Unsurprisingly, the cinematography has been superb in House of the Dragon.

-The twist of Corlys Velaryon talking to Daemon Targaryen about an alliance was intriguing, and director Greg Yaitanes did a nice job with the reveal. At first, I thought it might have been some new character that was being introduced before it turned out to be the rebellious prince. While Daemon is not happy with his brother, it’s worth noting that he defended King Viserys when Corlys spoke poorly of him. Perhaps there’s room to come to peace at some point. And the alternating shot of Daemon and Corlys with the look at Craghas the Crabfeeder gave an eerie feeling of what’s to come and the outside threat of the Triarchy on the Stepstones.

-Based on the preview for next week, it appears that Episode 3 will make another jump forward of at least several months. This accelerated pace might go until at least the midway point in the season when the two female leads (Rhaenyra Targaryen and Alicent Hightower) jump in age.

-During his walk and talk with Laena Velaryon, King Viserys discussed the status of the missing dragon Vhagar. We’ll see if Vhagar comes into play down the line.

-The use of older English has been surprising (most notably the use of “mine” instead of “my”). I’m assuming it wasn’t a stylistic choice and instead shows the progression of language from the House of the Dragon period to 200 years later for Game of Thrones—reflecting the progression of English in real life.