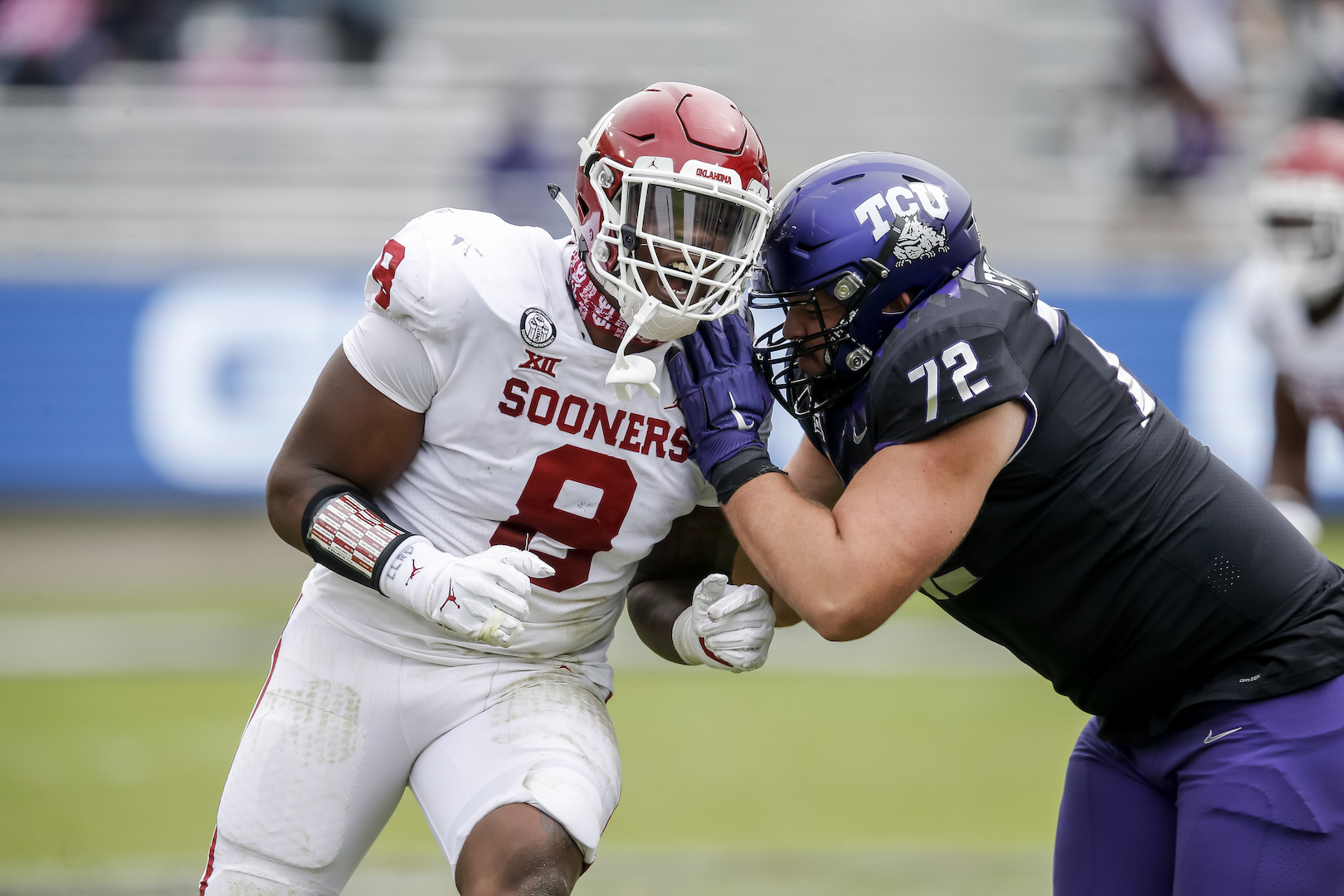 Extremely long arms for the interior. Tremendous overall strength. Solid build. Hands are big and powerful. Very strong with the ability to push blockers off him. Often used to slant into gaps. Exceptional react-and-wrap ability when slanting towards the ball-carriers path. Difficult defender for blockers to square up. Extremely effective bull rush as a three-technique. Very good upfield burst at the snap. Good ability to shed with his hands as a pass rusher. Plus acceleration and speed. High motor. Great pursuit and hustle to the ball. Impressive range as a tackler due to combination of length and strength. Mostly played as one- or zero-technique with upside to be unlocked as a three-technique.

Fairly stiff overall. Change-of-direction skills are a bit plodding. Would like to see better identification of the play based on blocking assignments. Will extend himself too far and struggle to generate a push. Additional moves should be developed to complement the power rush. Needs to avoid early jumps (three versus Oklahoma State in 2021).

Overall, Winfrey is a very strong defensive lineman with tremendous length and flashes of a dominant bull rush. He should be drafted as a three-technique that would best be used in a simpler role as more of a straight-line player.