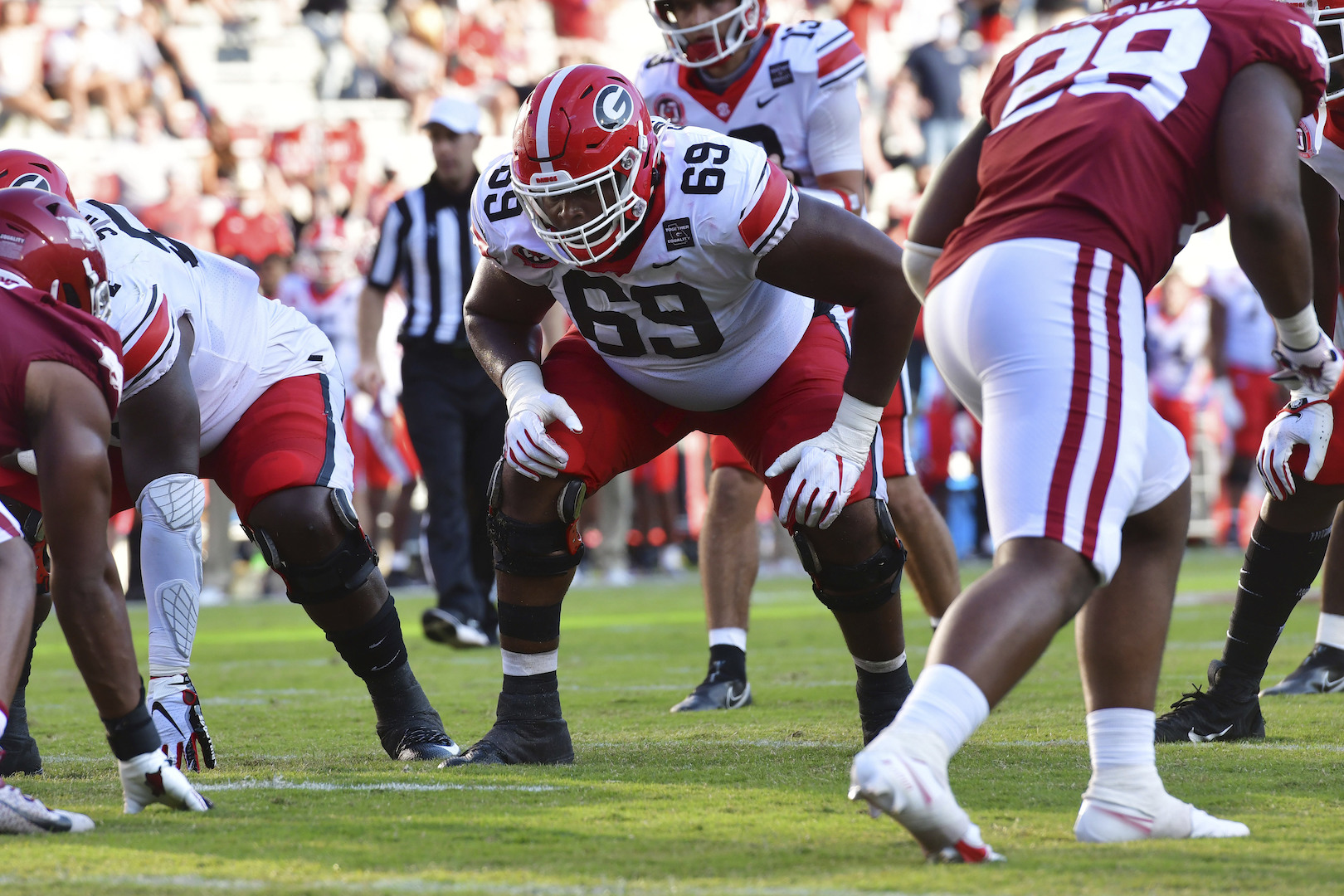 Very stout build. Extremely versatile with experience at all five spots on the offensive line. Very high awareness and intelligence. Above-average arm length on the interior. Strong hands. Effective engage-and-turn run blocker. Will power defenders to the ground when he gets his hands inside. Great ability to turn his hips at his size. Very good anchor strength. Excellent hand placement and extension in pass protection. Quick in initial pass set. Stays square and patient as a pass protector. Wipeout power versus smaller defenders he squares up in space. Joins the action to push/pull the pile for additional yards. Held his own at tackle versus top competition.

Average speed and acceleration. Lumbering on the move. Feet sometimes aren’t quick enough to stick with pass rush moves. Slower reacting to inside moves. Facing pure speed can be a problem. Pad level is noticeably high. Ends up on the ground too much. Would like to see more power at the point of attack considering his size.

Overall, Salyer is a versatile offensive lineman that consistently gets the job done despite a lack of elite traits. He best transitions as a guard with the ability to fill in at tackle and should be targeted in the third round.