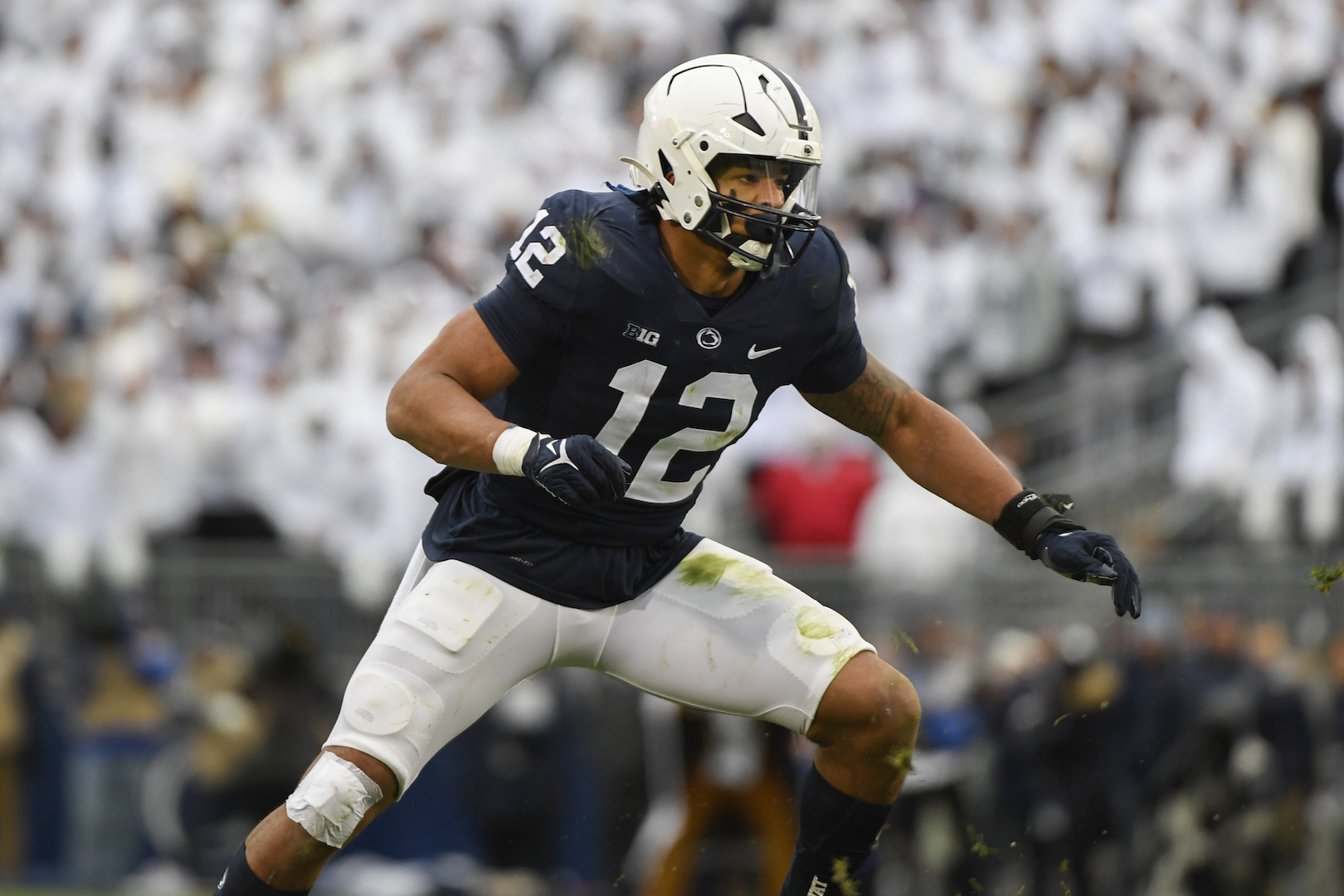 Rare combination of size and speed. Extremely long arms with a big overall frame. Very explosive and athletic. Impressive strength. Will make a square-up tackle in the hole. Great acceleration. Hard hitter in space. Closes fast on the ball. Effective wrap-up tackler when he does it. Doesn’t allow himself to be driven back by blocks. Shows the power to shove back smaller blockers. Has the quickness to get around blockers. Good pursuit to the sideline on screen passes. Exceptional ability to breakdown in space at his size. Great athleticism to cover tight ends down the seam. Length and skillset allow him to be disruptive in man coverage underneath. Able to read the quarterback’s eyes and react in short zone coverage. Flies in as a blitzer when given a clear path to the quarterback. Seems to see the field better at outside linebacker where he has more space. Often shaded over the slot in 2020. Played very well in close loss to Michigan (2021).

Sub-par play recognition versus the run. Slow to identify run fits and very inconsistent. Will run himself completely out of position against the run. Too often attempts a flailing tackle without wrapping. Would like to see him play faster in general considering speed. Needs to be more effective going over/through blockers rather than putting himself out of position by going under. Can get too stationary in intermediate zone coverage. Needs to avoid late hits on the sideline.

Overall, Smith is a fast, lengthy, and explosive linebacker with the athletic traits to invest in on Day 2. While the flaws are a definite concern right now, Smith should improve with more experience and showed enough for entire games to feel confident about his development.