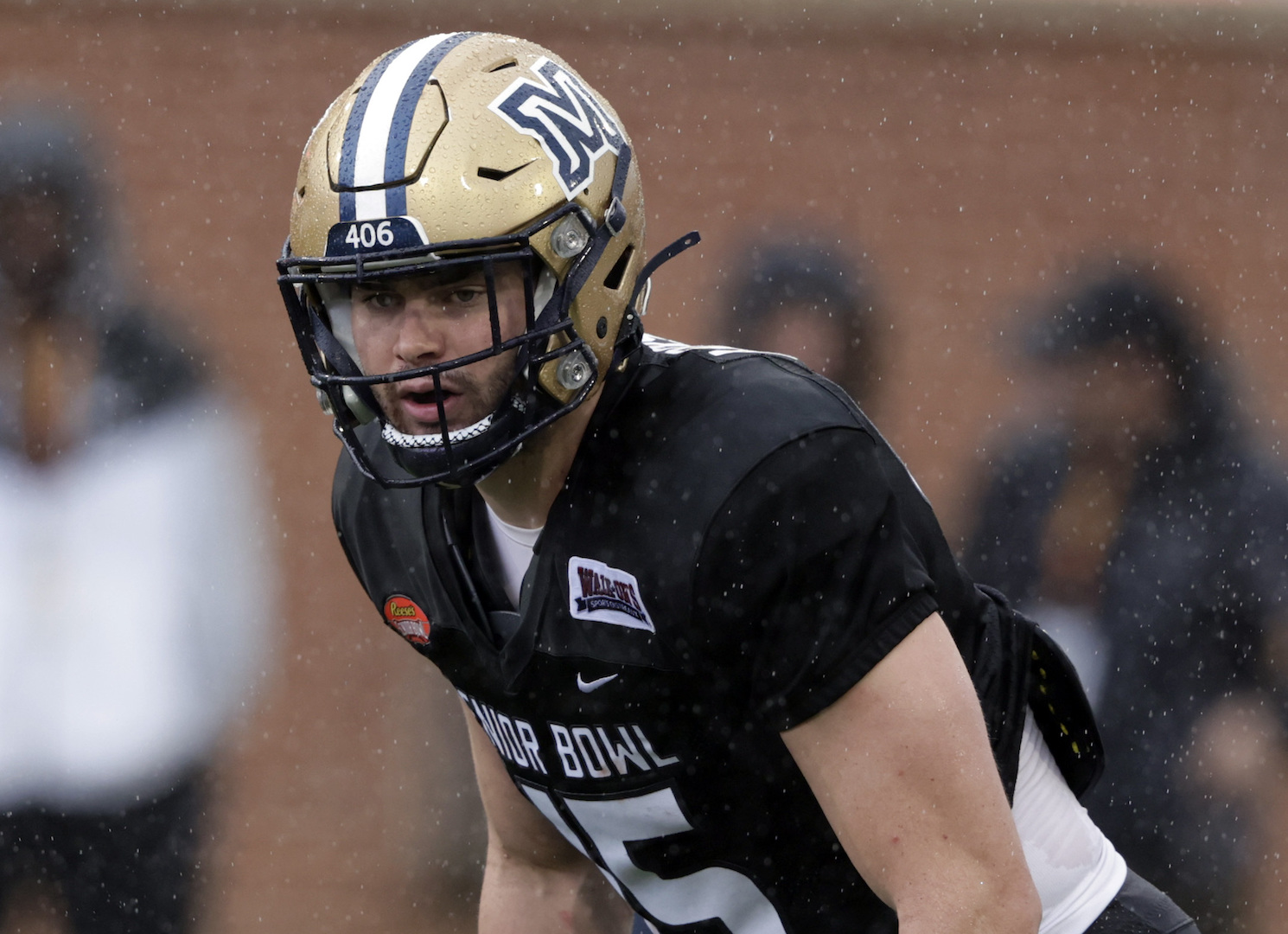 Ideal overall size. Top-end speed and athleticism. Great acceleration. Plays very light on his feet with excellent movement skills. Glides as a runner. Impressive instincts and reaction time. Terrific play recognition. Fast and aggressive in pursuit without being out of control. Exceptional pursuit to shutdown runs to the outside. Wraps up as a finisher. Hustles to the ball. Extremely fluid in the side shuffle backpedal. Able to easily flip his hips and get depth. Fast breaking on the ball in coverage. Very effective reading the quarterback’s eyes in short zone coverage. Tremendous speed/burst as a blitzer up the middle. Great ball skills. Rare versatility. Former All-Conference quarterback that looked bigger and faster than everyone else with the ball in his hands. Excellent combination of speed, fluidity, and contact balance. Started at running back as a true freshman.

Not as effective playing runs coming at him. Blocked too easily on the second level. Struggles to deal with lead blockers and disengaging from blocks. Will take a poor angle playing the run at times. Can be too high tackling despite usually wrapping up. Would like to see him keep his feet and run through tackles in space rather than making a diving/lunging attempt. Would like to see more physical aggression. Didn’t play his best in championship loss versus North Dakota State (2021).

Overall, Andersen is a very versatile football player that has increased value because of his ability to potentially contribute on offense as a Taysom Hill-type weapon. Defensively, Andersen’s athleticism and movement skills gives him plenty of upside as a middle or weakside linebacker.