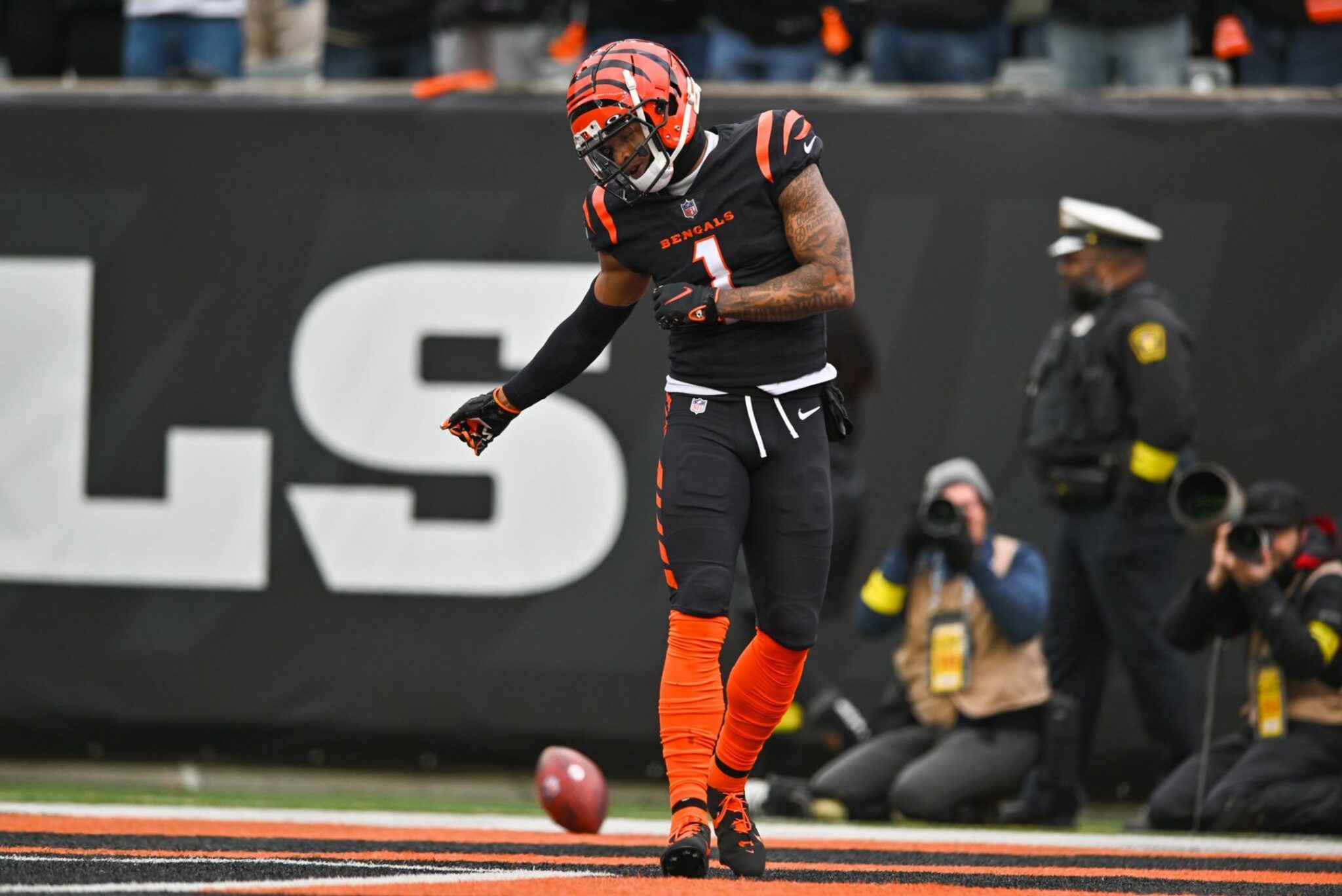 The Seahawks aren’t being given much of a chance to win on Saturday, but they played San Francisco tough last month in a 21-13 loss—and two of the touchdowns for the 49ers came on busted coverages where George Kittle was able to get free. Kyle Shanahan can obviously draw up more plays to get his playmakers open with Deebo Samuel now healthy and Christian McCaffrey proving to be one of the greatest in-season acquisitions in NFL history, so it’s important that Seattle’s defenders stay on their assignments and don’t take the misdirection bait. The bigger challenge for Pete Carroll’s squad will be moving the ball with just 10.0 points per game in two matchups against their division rival this season, but Ken Walker III will continue to be fed (carry totals of 26, 23, and 29 over the past three weeks), and DK Metcalf might have more success versus Charvarius Ward in the rematch after he was contained in Week 15. Everything points to San Francisco moving on with Brock Purdy not playing like a rookie, and a blowout win wouldn’t be surprising; I just get the feeling it will be closer than expected as the Niners escape with a win to kickoff what should be a thrilling weekend of football.

Jacksonville won five games in a row to get into the postseason, and their confidence should be extremely high this weekend versus a Los Angeles team that they destroyed, 38-10, back in September. That said, Trevor Lawrence needs to play significantly better than he did against Tennessee, and the Chargers are a different team than they were to begin the year—especially with Keenan Allen healthy. The status of Mike Williams (back) is significant enough that whether he’s active or not might decide the game, though, and I’d like to see Justin Herbert do more as a runner after it wasn’t really a part of his game this season (zero rushing touchdowns; compared to eight rushing scores across his first two seasons). In the trenches, Chargers left tackle Jamaree Salyer versus Jacksonville edge defender Travon Walker will be one of the top individual battles of the week with the two former college teammates facing off for the first time (Salyer wasn’t a starter in the first meeting), and the Jags have a different challenge with a more fast-paced, modern attack than the old-school, run-heavy unit they stopped in Week 18. Overall, I’m leaning towards the talent of Los Angeles to win out, but the pick might change if Williams doesn’t play. [Update: the Jaguars are now the pick with Mike Williams ruled out.]

Josh Allen was essentially flawless last postseason, and the Damar Hamlin situation—which thankfully has turned in such a positive direction that he might be at the game on Sunday—makes Buffalo feel like a team of destiny. One thing we know we’ll get out of Allen is a do-whatever-it-takes play style, and that includes increased running in the postseason to make him even more dangerous than usual (61.8 rushing yards per game in six outings). The Bills don’t have a perfect offense in terms of personnel, but when their all-world quarterback doesn’t make any mistakes, they are close to unbeatable (a coin flip won’t hold them down because of the updated overtime rules). Defensively, Buffalo needs to build momentum this week before likely needing to take down Cincinnati and Kansas City to reach the Super Bowl, as it’s asking a lot of Allen to put the team on his back at the level he did last January, but that’d arguably be needed with Buffalo struggling since losing Von Miller (knee). Although Miami can pull off the upset simply because of their speed with Tyreek Hill and Jaylen Waddle, they’ll need to completely empty the playbook with seventh-round rookie Skylar Thompson set to start at quarterback.

It feels like there are teams that you know will be one-and-done every year, but I don’t think we have that outside of Miami this season (and that’s due to injury with Tua Tagovailoa being out). While some might say New York is that team, they have battled all year versus opponents with more “talent,” and the headlining players on both sides of the ball being recharged after resting in the season finale might help them this week. Saquon Barkley in particular has played through injury issues for much of the season, and I’d be surprised if the Giants didn’t get back to feeing him at least 20-25 carries considering the struggles for the team down the stretch with the superstar back handling just 13.9 rush attempts per game since Week 11. Also, it’s worth noting that Minnesota has been destroyed in their past two late-afternoon appearances with a 40-3 loss to Dallas and a 41-17 loss to the Packers, and Kirk Cousins being off for a full game can happen without warning or explanation. New York not being built to blow teams out and the Vikings being 11-0 in one-possession games will have most going with Minnesota—but I’ll say Brian Daboll and Daniel Jones keep the offense moving to make Cousins press if Justin Jefferson doesn’t get going early.

Lamar Jackson (knee) was originally reported to be on a one-to-three week recovery timeline when he went down in early December, so I find it difficult to believe the lack of a contract extension isn’t a factor in him almost certainly being out on Sunday night—and it could lead to him never suiting up for the Ravens again. With Jackson out, Tyler Huntley (shoulder/wrist) playing is key for Baltimore to have a chance in my opinion, as Joe Burrow and the Bengals should be much sharper than they were in Week 18, and Anthony Brown completed just 19-of-44 passes with three turnovers against Lou Anarumo’s defense last Sunday. Perhaps similar to Saquon Barkley for the Giants, a week off for J.K. Dobbins can do him well as the focal point of the offense, but we could see a huge game from Ja’Marr Chase if the Ravens repeat with Marlon Humphrey mostly following Tee Higgins; it’ll probably take Roquan Smith and the Baltimore defense forcing a fumble or another game-changing defensive play to come out victorious on the road.

I previously thought this year might be different for the Cowboys as a team that has routinely disappointed in January—but coming into the postseason on the heels of two shaky performances by Dak Prescott combined with Micah Parsons seeming to lose steam puts them in danger of getting bounced on Monday night. On top of their own struggles, Tampa Bay is arguably the toughest opponent for Dallas in the entire conference, as Tom Brady has their number (7-0 career record), Chris Godwin is hitting his stride, and Todd Bowles’ defense can suffocate the running game and limited CeeDee Lamb to two receptions (on 11 targets) back in the opener. Those who have watched the Cowboys closely should have spotted obvious frustration from Lamb and others about the offense not operating smoothly down the stretch, and Tony Pollard not being a game-breaker—against a defense that’s held him and Ezekiel Elliott to 30 carries for 107 yards over the past two years—knocks the entire group down a level. For all the struggles of the Bucs this year, Brady has been at his best when the pressure is at its highest, and that should be no different on Monday night.