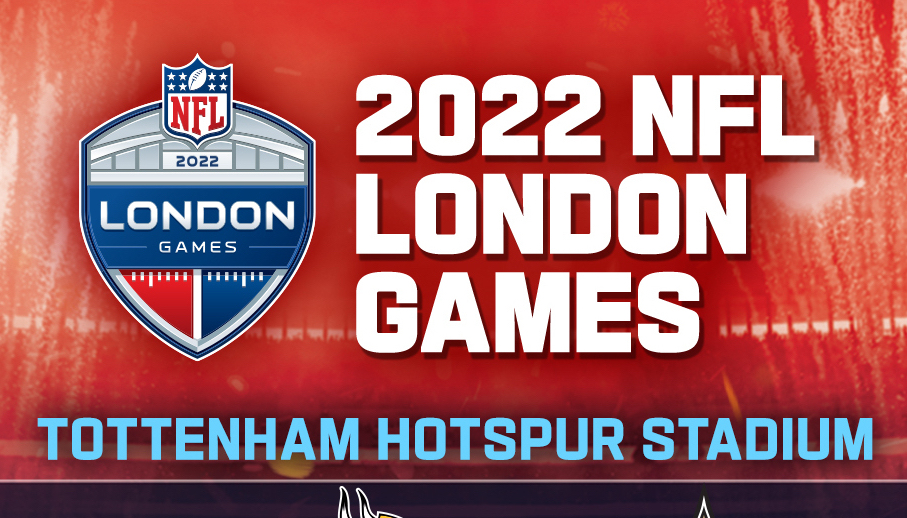 2022 NFL International Games Have Been Announced


We are still a little over a week away from the full NFL schedule release for the 2022 season, but fans can get their passports ready for a potential trip across the pond.

All three London games this year will take place in October, with the Vikings taking on the Saints in Week 4 (October 2, 9:30 AM ET), the Giants facing the Packers in Week 5 (October 9, 9:30 AM ET), and the Broncos battling the Jaguars in Week 8 (October 30, 9:30 AM ET). Below is the full announcement—including the stadium each game will be played at:

The NFL is heading back to London for three games in 2022! @NFLUK pic.twitter.com/dB0zRjtePN

As is usually the case, NFL Network will exclusively carry Vikings-Saints and Giants-Packers. Unfortunately for many that might feel they already have enough streaming services, Broncos-Jaguars will be the first game streamed on ESPN+, which will cost $6.99 for a monthly subscription. That said, we would assume local markets will get the game, and there is hope Sunday NFL Ticket will carry it, too.

The first announcement of this year’s international matchups is the fourth one on the schedule with the Buccaneers hosting the Seahawks in the first ever game played in Germany (Week 10):

The @Seahawks and @Buccaneers will play in the first-ever regular season game in Germany! @NFLDeutschland

And finally, perhaps the best game of the international slate will be a Monday Night Football matchup in Week 11 between the 49ers and Cardinals at Estadio Azteca in Mexico City:

The @49ers and @AZCardinals will meet in Mexico on Nov. 21 on ESPN! @nflmx @NFLEspanol pic.twitter.com/WQw00HBJbW

The NFL continues to expand, and the viewing numbers for the ESPN+ matchup in particular will be very interesting to see—beating expectations could mean more exclusivity in the future.

The full NFL schedule will be announced next Thursday night at 8 PM ET on NFL Network and ESPN2.