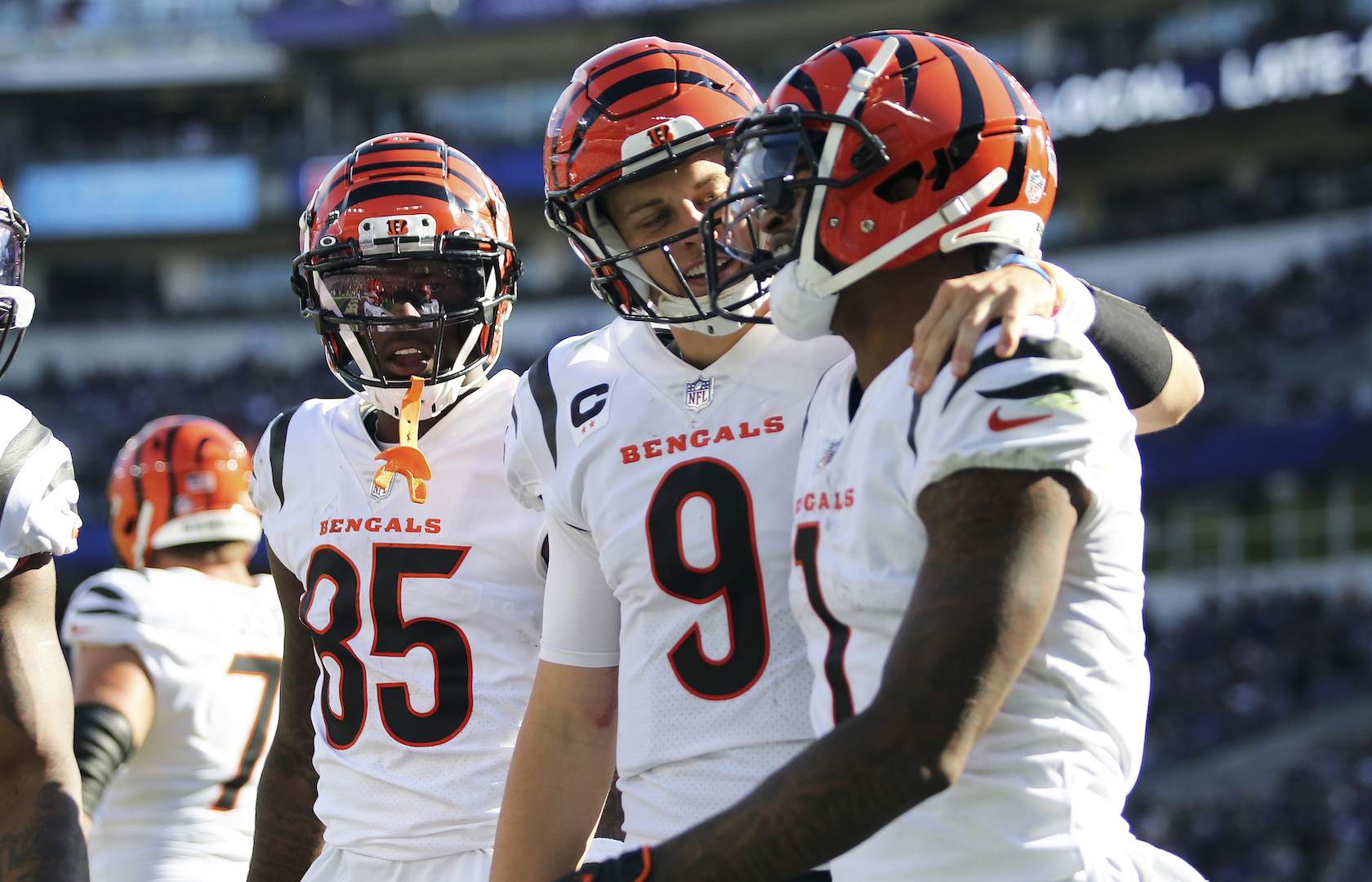 
The Eagles are back atop the NFL power rankings ahead of Championship Sunday.

On Saturday night against the Giants, the Eagles looked like the team that dominated the first 14 games of the season with a healthy Jalen Hurts, so they vault back up to the No. 1 spot in the power rankings ahead of Championship Sunday. If the run defense plays like it did down the stretch, I don’t see any weaknesses with Philadelphia—and they are incredibly difficult to beat at home during the postseason.

Despite being down three starters on the offensive line, the Bengals totally controlled the game in snowy Buffalo to advance to their second consecutive AFC Championship. Cincy doesn’t get enough credit for being an extremely talented team, and the defense has been one of the best in the league for the better part of the past two seasons.

Patrick Mahomes’ high-ankle sprain is part of why they drop a spot in this week’s power rankings, but it’s also a tough matchup facing a Bengals team that’s beaten them three times in the past two years. But, again, Steve Spagnuolo’s defense seemingly always finds a way to play well down the stretch, and the unit made key stops versus the Jaguars in the Divisional Round. And Kansas City showed how potent their offense is—even without the elite quarterback in Mahomes in the lineup—with their 98-yard drive at the end of the half with Chad Henne under center.

The Cowboys were able to get pressure on Brock Purdy to make things difficult at times, especially early in the game. However, Purdy again threw precisely and on time in Kyle Shanahan’s offense, and the San Francisco defense flew around and made plays all game. The big question for me is whether the magical run can continue heading into Lincoln Financial Field. The Niners are a much better team with more of a bully mindset in my opinion, but the situation is a bit reminiscent of when Case Keenum led a hot Vikings team to Philadelphia in the NFC title game five years ago.

Down goes my Super Bowl pick. I held out hope and stuck with my preseason pick entering the playoffs—and felt they had a shot to advance last week facing a banged up offensive line while playing at home—but I think mostly everyone overrated the Bills just a bit, particularly after they lost Von Miller for the year. As great as he is, too much is arguably asked of Josh Allen; and the Buffalo defense became overrated considering their inconsistency, especially against the run.

Dak Prescott was the first to stand up and say that he did not play well enough for his team to win at San Fran, and it’s another disappointing end to the season for the Cowboys. Losing Tony Pollard (leg) certainly hurt, but for as well as the defense played, they couldn’t quite come away with game-changing plays—while the Niners did.

They put up a fight to make it a game despite being down two possessions in the fourth quarter, and the future is very bright for the Jaguars with Trevor Lawrence and Doug Pederson. Remember, this group is going to add former Falcons’ star receiver Calvin Ridley to the offense in 2023. The Jags need young players to make leaps next year, most notably No. 1 pick Travon Walker.

Coming into the season with low expectations, the Giants probably hit about their limit getting to the Divisional Round with a talent level that simply wasn’t on par with other remaining teams. Under the tutelage of Brian Daboll, Daniel Jones showed he can take care of the ball and be a franchise type of quarterback. Jones is expected to be back with the Giants, but running back Saquon Barkley appears more uncertain at this stage. Adding at wide receiver will likely be top priority for New York this offseason.