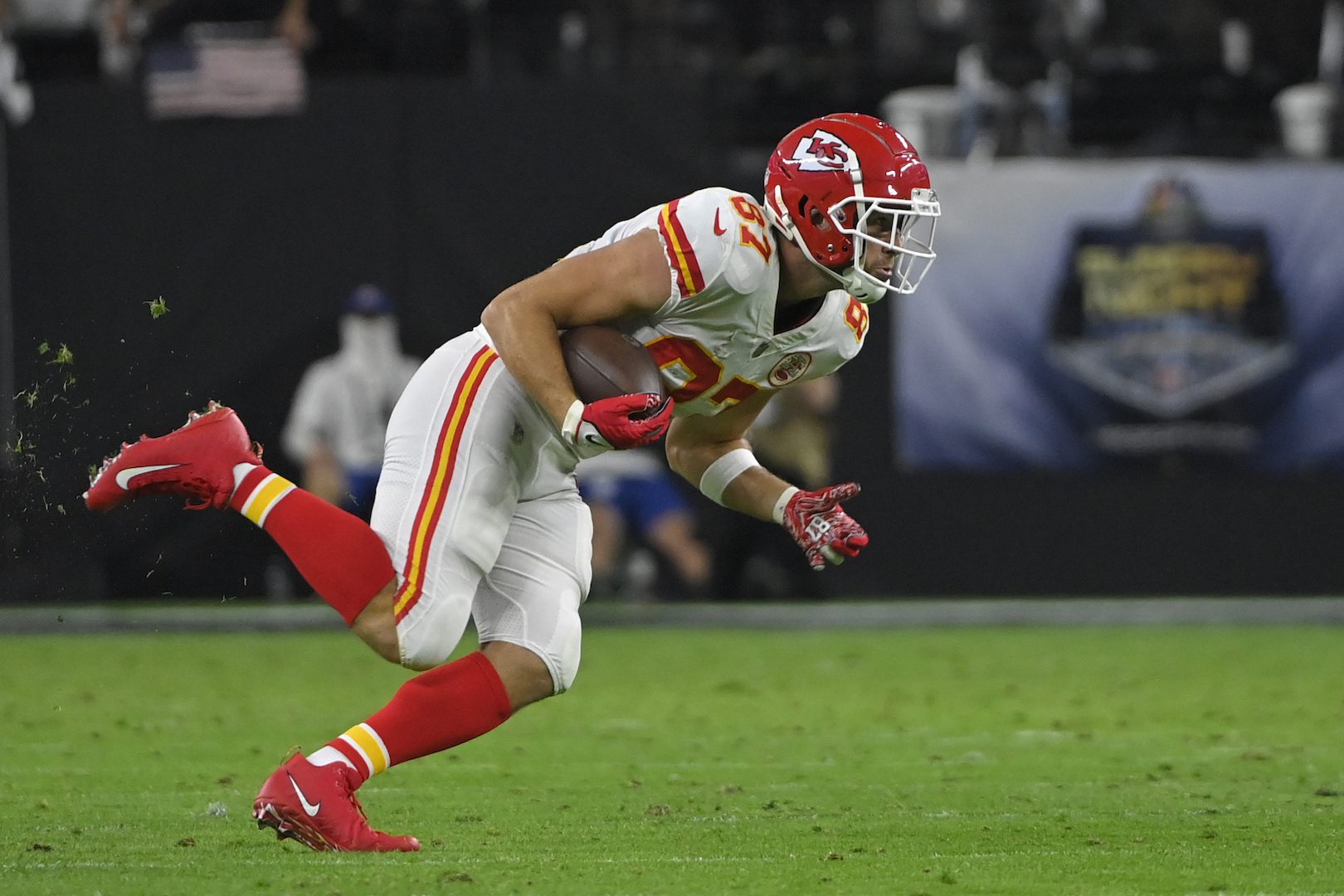 
Parity rules in today’s NFL, with the league seemingly getting more competitive by the year. For this week’s NFL power rankings, I am trying to limit analysis to one sentence per each team.

The comeback victory by the Bills after they were down 20-3 at Baltimore included a spectacular effort from both the offense and the defense, and it shows that Buffalo can win close games after a lot of talk that they hadn’t won a one-score game in the past year-plus.

In rainy, windy weather, the Eagles got the run game going led by Miles Sanders, displaying that they can attack a defense with success via multiple methods.

Aaron Rodgers doesn’t think the ugly way of winning games is sustainable, but I think the signs are there that the passing attack can get going; rookie receiver Romeo Doubs couldn’t come up with a second touchdown against the Patriots, but he continues to look like a total steal.

Not only did the Chiefs get a big primetime win over the Bucs to exorcize some demons from their Super Bowl loss a couple of seasons ago, but they did it on the road while putting up 41 points.

The fumble on the opening kickoff that put the Chiefs in prime position for a quick touchdown and a 7-0 lead didn’t help, but I simply didn’t recognize that Buccaneers defense—particularly them not being a shutdown unit against the run early this season—on Sunday night.

Defense is not an issue for the Niners, who completely overwhelmed the Rams offense—highlighted by a pick-six by emerging star safety Talanoa Hufanga—to continue their regular-season dominance in the series.

There haven’t been many lanes for Joe Mixon to run through, but Joe Burrow and the passing game appear to be on track—and the underrated defense hasn’t allowed a second-half touchdown through four games.

The Dolphins had a tough task playing on a short week and then losing their starting quarterback, but they’ll look to get back on track in a divisional matchup with the Jets. My prayers are with Tua Tagovailoa after the scary situation last Thursday night, and he never should have been allowed on the field after appearing to suffer a concussion just a few days earlier.

The Ravens have been behind a total of 14 seconds this season, but they have two losses.

Cooper Rush continues to take care of the ball and operate Mike McCarthy’s offense well, and the Cowboys winning the last three games somewhat comfortably is an indication of the strength of the roster.

Austin Ekeler got going with three touchdowns last week, and rookie Jamaree Salyer was really good at left tackle helping fill in for the loss of Rashawn Slater.

The Rams aren’t going to be very good if the offensive line doesn’t improve, and the play up front is probably a big reason that Matthew Stafford keeps locking on to Cooper Kupp and Tyler Higbee as targets he feels safe throwing to.

The Jaguars led the NFL in turnover margin entering last week, but the unideal weather in Philadelphia helped lead to five turnovers from Trevor Lawrence in the eight-point loss.

It was unsurprisingly interesting, but the Vikings survived in London to improve to 3-1 (the first time in Kirk Cousins’ career that his team has started 3-1).

Derrick Henry was awesome, and the Titans run defense completely stifled Jonathan Taylor to get to 2-2 after a slow start to the year.

The Arizona defense has quietly shown improvement early in the season, allowing just 26 points in the past seven quarters—but this week against the Eagles will be a massive challenge.

They might ultimately slow down, but first-year head coach Brian Daboll has taken an undermanned roster and helped them jump to a strong 3-1 start.

Jared Goff and the Lions offense have been sensational this season, operating as the league’s top offense despite dealing with numerous injuries… but the defense is ranked last.

Rookie cornerback Jack Jones had a pick-six to help the Patriots nearly pull off the upset at Lambeau Field in a typical Bill Belichick coached game where he got a lot out of his shorthanded (without Mac Jones and then rookie Bailey Zappe being forced into action when Brian Hoyer left) squad.

Jonathan Taylor ran into a wall virtually every time he got a carry last week, and the Colts will struggle mightily if the offensive line does not improve.

Javonte Williams’ season-ending knee injury is crushing, but the Broncos are fortunate to have running back depth and must bounce back quickly while hosting the Colts on TNF.

The Raiders were able to get their desperately needed victory over Denver, sparked by a fantastic effort from running back Josh Jacobs (28 carries, 144 yards, two touchdowns).

The Falcons powered to victory against the Browns, running the ball 14 consecutive times in the second half and getting key play from Dean Pees’ defense.

It’s been cool to see Geno Smith take full advantage of his second big opportunity as a team’s starting quarterback, and he’s been more than someone that’s along for the ride—he’s been a big reason Seattle has two wins.

The interception was boneheaded, but Zach Wilson had clutch throws late to lead the Jets to an upset win over the Steelers.

Meanwhile, frustration is setting in for Pittsburgh following the loss to New York, but we’ll see if first-round rookie quarterback Kenny Pickett can spark the offense moving forward with a tough stretch coming up.

The Browns have been inconsistent as a team through four weeks, but superstar runner Nick Chubb has been extremely consistent, with 81 carries for 459 yards and five touchdowns.

Despite no Jameis Winston, Alvin Kamara, or Michael Thomas, the Saints battled in their tight loss to the Vikings as they hope to be healthier for this Sunday versus the Seahawks.

The end of the game lateral attempt was highly entertaining, but the Bears offense has been tough to watch through Week 4—it’s somewhat stunning Chicago is at .500, but credit to Matt Eberflus for finding a formula that keeps them in games.

The Carolina defense is playing well, but the offense is a major problem and will hold back the Panthers until they can pick it up.

Like Carolina’s offense, the Commanders simply feel like a team without an identity—though it’s probably more disappointing for Washington given the skill talent they have on offense.

The Texans are now the NFL’s lone winless team, but we’ll see if they can play the Jaguars tough within the division after playing the Colts to a tie in Week 1.