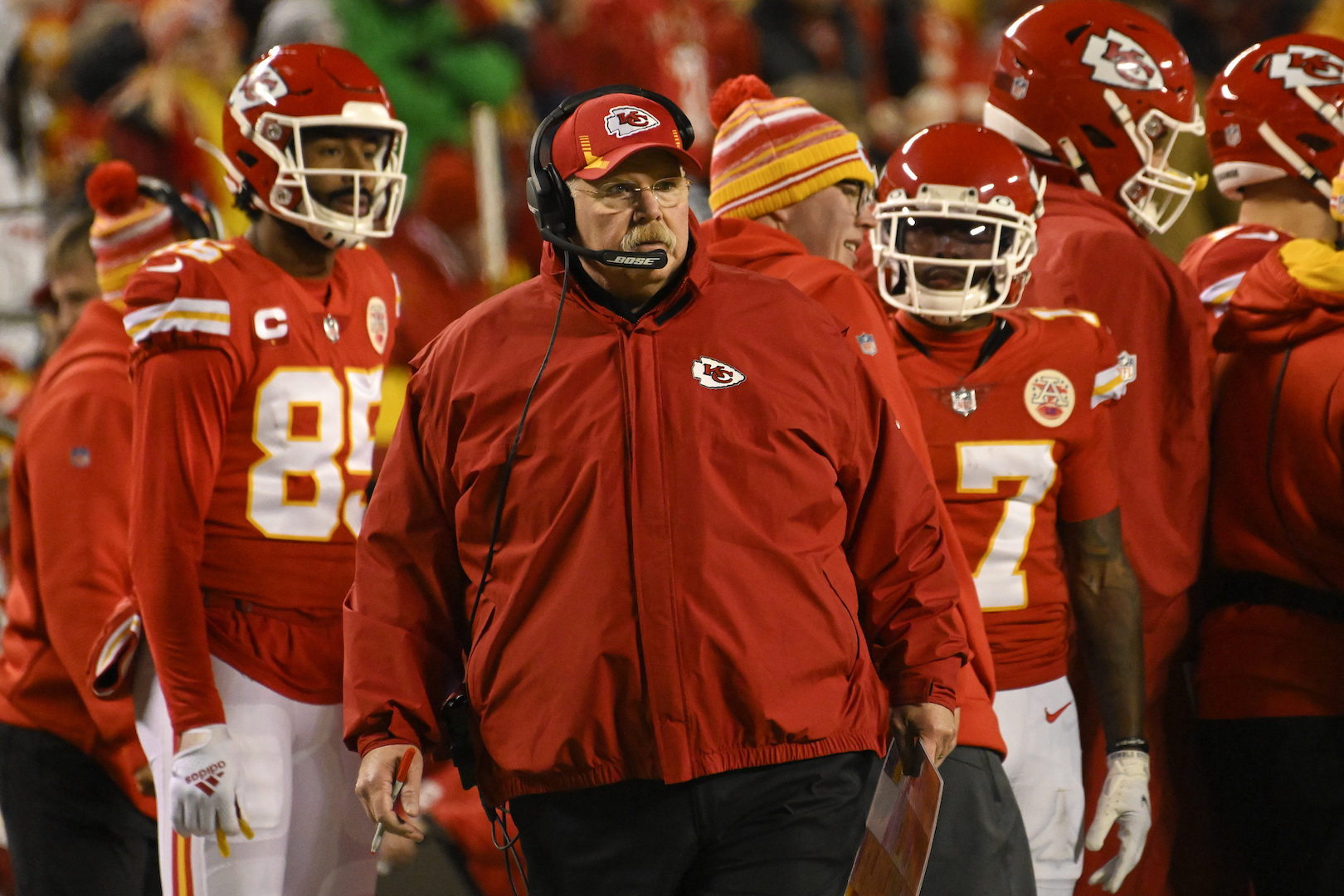 
Where do all 32 teams stand at the conclusion of the 2022 regular season and ahead of the NFL postseason?

Not much needs to be stated here for the Bills. They might have needed that opening kickoff return touchdown from Nyheim Hines to jumpstart the return to action after Damar Hamlin’s cardiac arrest on the field less than a week earlier. The secondary depth will likely be tested and not having Von Miller certainly hurts, but the Bills might be a team of destiny this season.

While we’ll never know what would have happened if the Bills-Bengals game was resumed, the Chiefs took care of business to secure the top seed and a first-round bye in the AFC. Andy Reid will have an extra week to prepare for their Divisional Round opponent just one win away from another AFC title game.

I think we’ll get a ton of entertaining games as usual in both conferences, but the NFC profiles as more wide-open to me while the AFC is arguably led by the big three of Buffalo, Kansas City, and Cincinnati. The Bengals didn’t play a perfect game, but they handled the Ravens in Week 18 ahead of a rematch in the Wild Card Round.

Jalen Hurts (right shoulder) clearly wasn’t himself last week, but he and the Eagles did enough to clinch the No. 1 seed in the NFC and a first-round bye—so hopefully the time off is enough for Hurts to be closer to 100% and able to do more damage with his legs. The Niners are potent, but the Eagles are still my NFC favorite heading into the playoffs, thanks in part to how tough it is for opponents to play in Philadelphia.

With Brock Purdy continuing to steer the offensive ship for Kyle Shanahan’s team, the 49ers have a case for the best offense-defense pairing in the league. The acquisition of star runner Christian McCaffrey at the trade deadline might continue to prove to be a massive difference this postseason.

The season ended with a loss in a game the starters were pulled early, but the Buccaneers can be a dangerous team in the weeks ahead. Tom Brady and the offense showed life at the end of the year, and Todd Bowles’ defense still has the talent to get hot like they did a couple of years ago. As always, Brady isn’t the guy to bet against.

I don’t remember a team with a .750 winning percentage being discounted as much as the Vikings are, but I’m in the same boat as most. For some reason, it’s just hard to envision a Super Bowl run. That said, there’s plenty of talent on both sides of the ball. The key for Minnesota is the pass rush—particularly Danielle Hunter and Za’Darius Smith—getting home.

Props to the Cowboys for going hard in Week 18 when some were calling for them to rest starters (which I totally disagreed with considering the No. 1 seed and the NFC East were in play), but it unfortunately led to just “one of those days”—a dreadful performance at Washington that suddenly has Dallas going to Tampa Bay on a low note. Maybe it’ll be a wake-up call of sorts to fire up the Cowboys to bring a relentless mindset on the road.

The Chargers similarly played their starters and lost to a subpar Broncos squad in Week 18. Justin Herbert is making his playoff debut against a Jaguars team that blew out LA earlier this season—but the third-year quarterback has the talent and supporting cast to lead the Chargers on a run.

It helps having an emerging star quarterback in Trevor Lawrence, but Doug Pederson did an outstanding job in getting the most out of a team that won three games last season. The Jacksonville defense can fly around and make plays—as they showed last Saturday night with the scoop-and-score by Josh Allen after a fumble forced by Rayshawn Jenkins. The Jags were quietly tied for fourth in takeaways this season.

Key players including Daniel Jones and Saquon Barkley rested, but the Giants still gave the Eagles some trouble to conclude the regular season. Brian Daboll has his club believing, and they just played the Vikings—their opponent this Sunday—tough on Christmas Eve.

The hope was that Lamar Jackson (knee) would be good to go for the start of the postseason, but it’s sounding like he might be out. A lot will be asked of the run game led by J.K. Dobbins and the defense led by Roquan Smith—recently made the highest-paid off-ball linebacker in NFL history—to upset the Bengals.

I didn’t think they would make the postseason, but I felt strongly that the Seahawks were widely disrespected ahead of 2022. Geno Smith’s campaign wasn’t all that surprising to me, and Ken Walker III is getting a massive workload in a balanced attack. The Seattle defense has been flying around the past couple of weeks, so maybe they can be the team to finally slow down the rookie Purdy.

The Dolphins were able to sneak into the postseason, but it’s difficult to envision a deep playoff run without Tua Tagovailoa. And Raheem Mostert (thumb) is uncertain for Sunday. However, Miami does have one win over the Bills and also nearly beat them on the road.

I’ll run more quickly through the non-playoff teams, but I love what the Lions are building with head coach Dan Campbell, general manager Brad Holmes, and Jared Goff at quarterback. They went hard in the very last game at cold Lambeau Field with their own playoff hopes dashed, and Goff threw 15 touchdowns compared to zero interceptions in the final nine games. Watch out for Detroit in 2023.

The Steelers were 8-2 with T.J. Watt in the lineup this season, and I mentioned a bunch to not count them out with Mike Tomlin (again not finishing below .500) at head coach and Watt’s return looming. The offense and offensive philosophy are something to watch this offseason.

The offense is the thing to watch for the Patriots this offseason, too—and that includes Mac Jones cutting down on the surprising turnovers. The defense is more than fine under Bill Belichick, who will enter his 24th season as New England’s head coach.

Things might drag on a bit like they did last year, but I would think Aaron Rodgers is going to return after the tough Week 18 home loss kept his team out of the postseason. Rodgers might be excited to work with receivers Christian Watson and Romeo Doubs in Year 2.

Derrick Henry should remain the focus, but I think the Titans have a good opportunity here to revamp the offense after parting ways with offensive coordinator Todd Downing.

The Commanders are also going in a different direction on offense, but the firing of Scott Turner was more surprising. If I’m Washington I’m doing everything I can to move up in the draft and add Bryce Young to a very talented offense.

Former No. 2 pick Zach Wilson is entering a huge offseason, and 2023 is key for the current regime overall with some talk of owner Woody Johnson wanting to make some type of change.

The Saints dealt with a bunch of injuries this season, and the solid late-season stretch probably locked up a second year of Dennis Allen at head coach. The Saints could potentially recoup a first-round pick in a potential Sean Payton trade.

It sounds like the job Steve Wilks did as the interim head coach for the Panthers might not land him the full-time job. That probably makes sense because of the Panthers needing a makeover of the offensive side of the ball paired with a defense that can already be a well above average unit as is.

Desmond Ridder showed good things, but the big question for the Falcons is whether they bring in another potential quarterback. And Atlanta will have to replace defensive coordinator Dean Pees, who retired from coaching.

Davante Adams wants to be involved in discussions about the next quarterback for the Raiders, and the top two options almost have to be Tom Brady and Jimmy Garoppolo. Overall, 2022 was a disappointing step back for Vegas.

The Browns probably had buyer’s remorse almost immediately after trading for and signing Deshaun Watson, and that should only have been heightened after Watson’s on-field struggles. We’ll see if a full offseason changes things in 2023.

I believe Sean McVay will step down as Rams’ head coach for a variety of reasons, which will put LA in an even bigger hole with a lack of draft capital and cap space already. Either way, the Rams are looking to be much healthier next season.

The Broncos—particularly Russell Wilson—showed good things down the stretch, which I think should make them more appealing to prospective head coaches. I’d go hard after Jim Harbaugh if I was Denver.

A big rebuild might be necessary after Kliff Kingsbury was fired, and the new regime must draft more consistently than the previous one did. I’m just happy J.J. Watt went out playing at a high level.

Credit to Lovie Smith for going out with a win and making a case for his job in a challenging situation. General manager Nick Caserio is somehow getting his third head coach in three years, but the Texans must show something next year.

The Colts are at a low point, and the turnaround starts with getting a franchise quarterback.

The Bears got the No. 1 pick which was my expectation coming into the year. I like what Justin Fields showed in 2022, but I’m not yet confident he’ll be surrounded with enough.