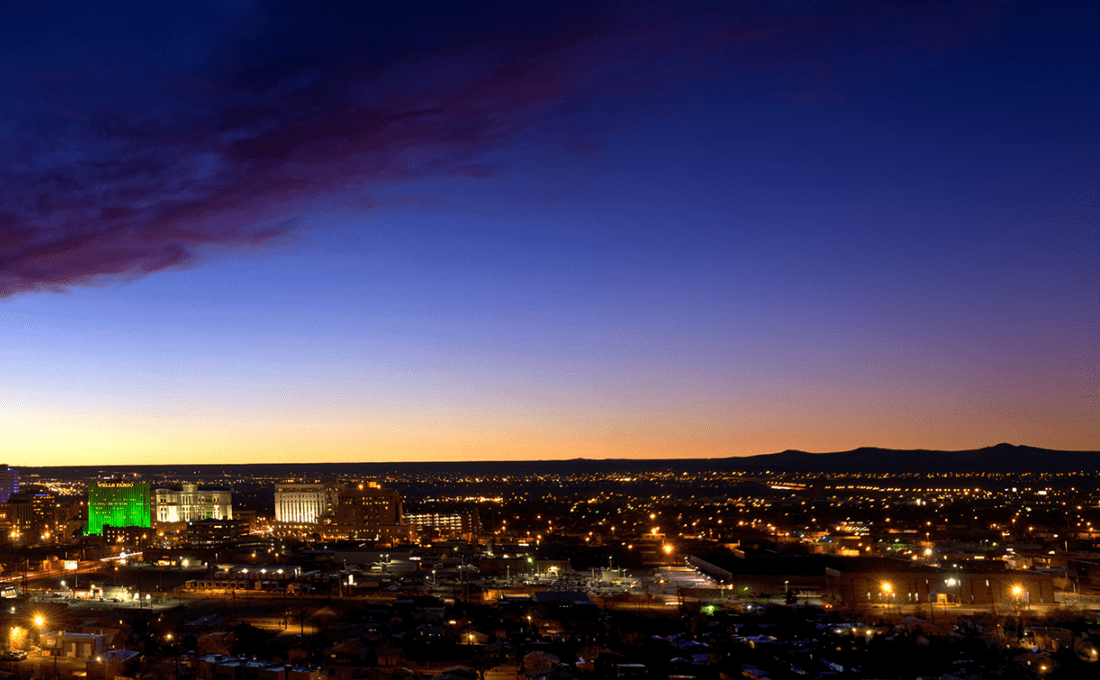 
We are in the dead period of the NFL offseason, with training camps not getting underway until late this month. But throughout this week, we’ll be sharing the fifth annual NFL expansion series. This might be the project readers ask the most about during the offseason, but if you are unfamiliar with it, the series is simple: What would an NFL expansion franchise look like in 2022? It begins today with Part I and will continue over the next three days with the expansion draft, free agency, and the 2022 NFL Draft. In the end, we’ll have our initial 2022 NFL expansion roster. Let’s get started.

Toronto is the fourth most populous city in North America, and while I know CFL fans might not be happy about them getting an NFL franchise (as some have told me in the past when I picked them), I think the Canadian city would be an awesome fit for an expansion squad in the world’s top sports league. If Toronto is the pick again, Drake could be the franchise’s top fan and a potential part owner.

The feeling for over a decade now has been that the NFL will eventually have a franchise in London, whether it’s via an expansion team or a relocation. England’s capital is a historic city and would probably make for the most natural transition for any new NFL team that’s not located in North America. Fans have shown plenty of interest in the few London games held each regular season, so there’s already a built-in fanbase across the pond.

Cities that have lost NFL franchises must be in consideration for an expansion franchise. Even with two teams in Los Angeles and another up the California coast in San Francisco, there still might be room to add another team in the area. The weather doesn’t get much better than in San Diego, so it could be a convincing free-agent draw, too.

St. Louis also lost their NFL franchise during the 2010s, and fans were understandable not happy about it. But, as the MLB’s Cardinals and the NHL’s Blues have shown, St. Louis has some of the best and most loyal sports fans in the United States. With the success the Rams have had since leaving St. Louis, the NFL probably owes the city serious consideration if and when expansion is on the table.

None of the major professional sports leagues have a team located in New Mexico, and the reason is obvious: it’s a relatively small market, with fewer than one million people in the metropolitan area. However, we’ve seen smaller markets work in pro sports leagues, and Albuquerque is situation in the middle and northern part of New Mexico, putting it a good distance away from Dallas and Glendale.

There’s no doubt that a smaller market like Albuquerque is a risk. London and Toronto are iconic, and San Diego and St. Louis have proven to be good spots for teams. But I’d be willing to bet on the NFL being a major hit in the New Mexico area. With Better Call Saul concluding this year, it’s only natural that Albuquerque gets some love.

“Meep, meep!” For me, the classic Looney Toons character immediately comes to mind when thinking of a roadrunner. But I didn’t realize how cool the real animals are, and they’re the official state bird of New Mexico. Roadrunners is definitely a top candidate for the team name of Albuquerque’s NFL franchise. I’m sure a deal could be worked out with Warner Bros. for licensing of some Road Runner sounds.

We could go for something like snakes or other common reptiles, but I like the idea of going big with “Dragons” as a potential team name. Some of the NFL’s top stadiums do a fantastic job of creating an epic home environment around their branding (such as the Ravens), and Dragons would certainly be an excellent name to work with in that regard.

The Albuquerque Isotopes are a minor league baseball team, but to be frank the NFL can use a similar name without much issue. The alliteration would be a plus with the Atoms nickname, and New Mexico is the location where the world’s first atomic bomb was exploded as part of the Manhattan Project.

The NHL’s Dallas Stars use the Stars team name, but I’m surprised it’s not used more in sports. It’s very basic, but it works well—especially when considering New Mexico delivers some of the best starry nights in the country. There’s also some connection between New Mexico and outer space rumors (personally, I don’t believe the theories), so that’s something else to keep in mind for the upward-looking stars name.

My intramural flag football team was named the Rogues for a couple of seasons, so I have a soft spot in my heart for it as an option. Rogues just feels like a fit for out west and near a dessert area. Renegades would be a similar potential option.

Any direction makes sense, but Atoms is the narrow choice. Albuquerque Atoms flows nicely, and the history aspect in connection with the atom bomb provides background along with it just sounding good.

As for other former head coaches, I would be targeting Doug Pederson and Dan Quinn. But in real life Pederson landed with Trevor Lawrence in Jacksonville, and Quinn remained in Dallas as the defensive coordinator. I don’t think we could have realistically convinced either of them to lead the Atoms instead. However, Jim Caldwell is a former head coach that did about as good of a job as you could for a struggling Lions franchise (going 11-5, 7-9, 9-7, and 9-7, making the postseason twice) and for whatever reason hasn’t had another shot since then. (And he previously had a 14-win campaign under his belt with Peyton Manning and the Colts.) Caldwell should garner consideration for any NFL head coaching job that opens.

Tom Brady has made it clear that he really likes working with Buccaneers offensive coordinator Byron Leftwich and thinks he deserves to be a head coach, and I’m not going to argue with the G.O.A.T. Leftwich was a productive former NFL quarterback himself, and working with Brady undoubtedly helped him improve and grow as a coach. He might ultimately wait for another opportunity over taking an NFL expansion job, but Leftwich would certainly be on our shortlist.

The job DeMeco Ryans did with the 49ers defense last season was outstanding, helping the unit allow just 18.1 points per game down the stretch while San Francisco went 7-2 in the second half of the regular season after a slow start. It was just Ryans’ first season as a defensive coordinator, and the improvement shown by the Niners defense was encouraging. The former All-American linebacker at Alabama was later called “Mufasa” by former Eagles head coach Chip Kelly for his leadership qualities in Philadelphia, and that leadership should translate well as a head coach.

With Brian Daboll taking the head coaching job for the Giants, Ken Dorsey was elevated to the offensive coordinator in Buffalo. Josh Allen and others have spoken highly of Dorsey, and it’d make sense to interview him and consider having him jump a level to head coach.

Scott Turner has done a solid job of working with what he’s had as the offensive coordinator with Washington over the past couple of seasons, and the 39-year-old would be an intriguing option to hand the reins to in constructing an offense and team. Turner is the son of former head coach Norv Turner, so he’d have a sounding board on critical coaching matters.

I’ve been a massive fan of Ryans’ leadership ability dating back to his playing career, and his calming presence as Mufasa would be a major plus for an expansion franchise that is going to go through challenges and growing pains. Ryans just turned 37, and I’d be hiring him for a reason—i.e., I wouldn’t fire him after two or three seasons; it’d be a patient approach that allows him to build this thing up.

Joe Brady was somewhat shockingly fired in his first season as an NFL offensive coordinator with the Panthers, but he’s still a highly regarded young coach. In real life, he landed with the Bills as the team’s quarterbacks coach, but he’d be in consideration here.

Former Eagles running back Duce Staley is familiar with Coach Ryans from when he coached in Philadelphia while Ryans was playing linebacker, so that helps make him a potential option to run the offensive side of the ball while Ryans commands the defense. Ultimately, as the assistant head coach with the Lions, Staley might pass on this gig and wait for a head coaching opportunity elsewhere. The bonus with the Atoms is that he could call the plays.

For helping the Michigan Wolverines make the College Football Playoff last season, Josh Gattis won the Broyles Award as the top assistant coach in the country. The former NFL receiver then took the offensive coordinator job with the Miami Hurricanes, and I think we could have made a case to have him join as the Atoms’ coordinator instead. Gattis also had roles on the staffs of Penn State and Alabama, so he’s had strong experience at the college level.

A lot of it probably had to do with the style Jim Harbaugh wanted to play, but I’m a fan of the way Gattis ran the Wolverines offense over the past three seasons. A Gattis-led offense should be a tremendous hard-nosed complement to Ryan’s defense.

Former third-round pick Kris Richard had notable stints as a key defensive coach with the Seahawks and Cowboys, and he spent last season with the Saints after a year off in 2020. Richard specializes on the backend defensively, which might work well with Ryans.

Veteran defensive assistant and former four-time Pro Bowl defender Jerry Gray stepped up as the defensive play-caller on Thursday Night Football against the Cardinals last season and did a great job for Green Bay. Gray has a couple of stints as the defensive coordinator for the Bills and Titans.

James Bettcher also has a couple of stints as a defensive coordinator, recently leading the Cardinals (2015-2017) and Giants (2018-2019). And he was a senior defensive assistant for DeMeco Ryans with the 49ers in 2021, so the relationship is there.

The experience of the 59-year-old Gray wins out here, as it should create an ideal balance with the younger Ryans and Gattis. I’d feel good about Gray as a foundational piece of the coaching staff.

The Albuquerque Atoms will take an owner-and-coach-driven approach to player personnel. Coach Ryans and his staff will have a ton of input to complement an exceptional track record of success scouting draft prospects.

Check back tomorrow for Part II of the 2022 NFL expansion series, with the NFL Expansion Draft!