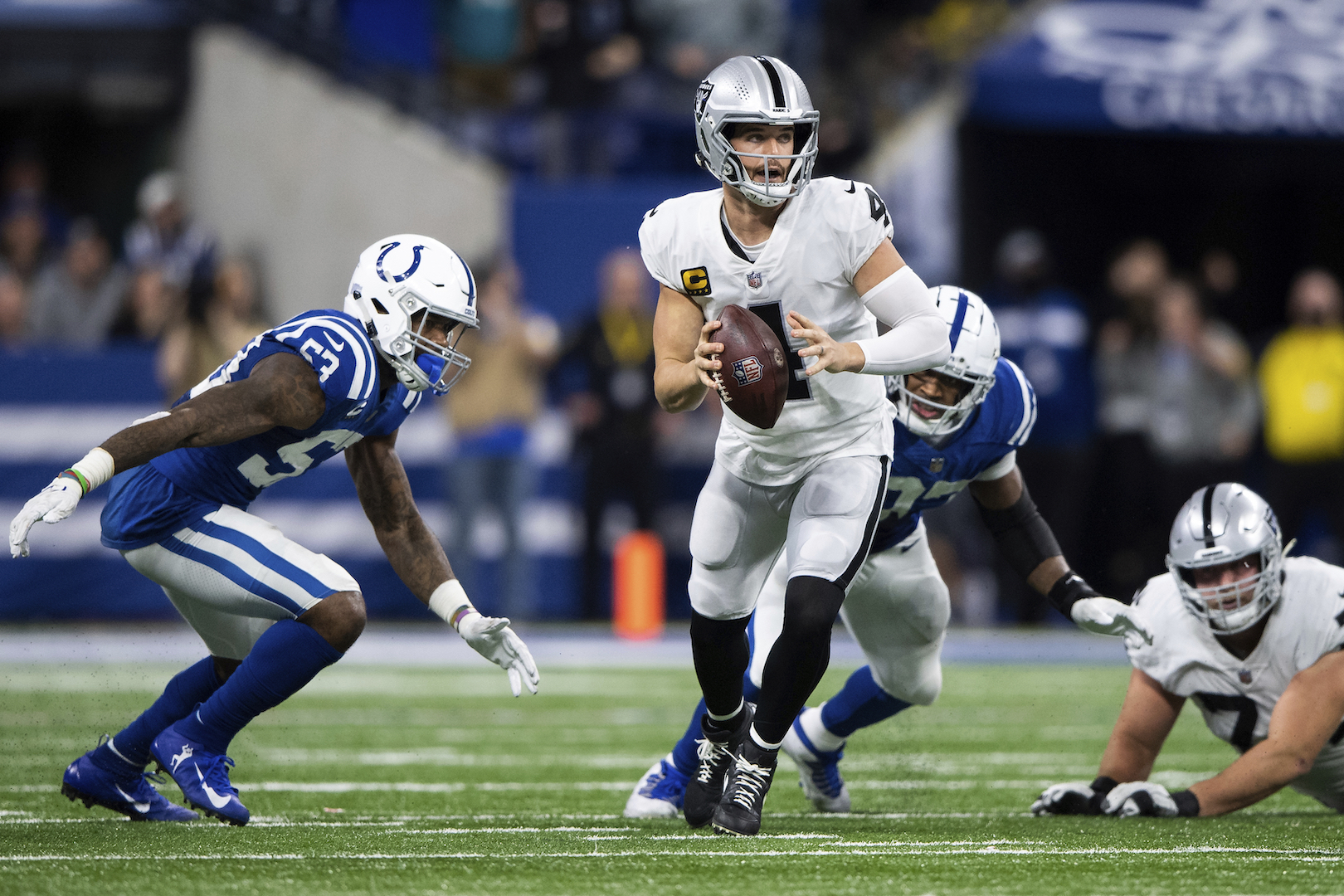 
After nine seasons with the organization, Raiders quarterback Derek Carr announced that he will be moving on this offseason:

Carr, who has a no-trade clause, and Las Vegas will now work together on a trade. These five teams are the most likely to land the quarterback heading into his tenth NFL season.

The Saints started 2022 with Jameis Winston at quarterback but soon turned to Andy Dalton and didn’t look back. It was a strong stretch to finish the year with Dalton under center. Carr would be able to play a similar style as an accurate pocket passer that can use his legs to extend plays at times—but he would arguably be an upgrade in both age and ability. Saints head coach Dennis Allen was Carr’s head coach to begin his career (Allen was fired after just a few games that season), and the veteran quarterback says the two have a “great relationship” after Allen believed in Carr. They haven’t been talked about a ton, but the Saints profile as the most likely fit for the longtime Raiders starter.

The new offensive coordinator and philosophy for the Commanders will no doubt have an impact on whether the team is a fit for Carr, but Washington has plenty of talent—Terry McLaurin, Jahan Dotson, Curtis Samuel, Brian Robinson Jr., Antonio Gibson—to be an intriguing spot for a quarterback to land. Carr has thrived off play action throughout his career, and the Commanders want to be a run-heavy attack that plays strong defense. It feels like a natural fit if Carr is comfortable with Ron Rivera and Dan Snyder (or the new owner if Snyder sells the franchise). Also, Commanders defensive coordinator Jack Del Rio was Carr’s head coach from 2015-2017 with the Raiders, and they had a 12-win season together.

The Saints and Commanders should probably be considered the clear top two fits for Carr, but the Panthers shouldn’t be counted out if the new head coach wants to bring in an experienced option at quarterback—similar to what Andy Reid did in acquiring Alex Smith when he took over the Chiefs head coaching job in 2013. Carolina has an emerging defense and offensive line that can keep Carr upright in addition to a potent rushing attack as displayed in 2022.

The Falcons might want to give Desmond Ridder a full year as the starter—or they might want to target someone higher in this spring’s draft—but Carr might be an option if Arthur Smith thinks his program is ready to make a leap in Year 3. Atlanta is another team that wants to run the ball a ton, which can help allow Carr to take advantage of play action and deep shots to Kyle Pitts and Drake London, along with certain other additions to the receiving group. The Falcons don’t feel like a likely landing spot for Carr, but don’t count them out as a darkhorse.

Finally, the Jets, I think, are the least likely option of the realistic landing spots for Carr. (I don’t see the Colts going after another veteran option this offseason.) Ultimately, New York’s interest might come down to whether they want to give former No. 2 pick Zach Wilson another shot, which it sounds like they might legitimately want to do. But overall, while the interest might not be mutual, Carr could see the Jets as the best roster with a shot to compete for a championship in 2023.