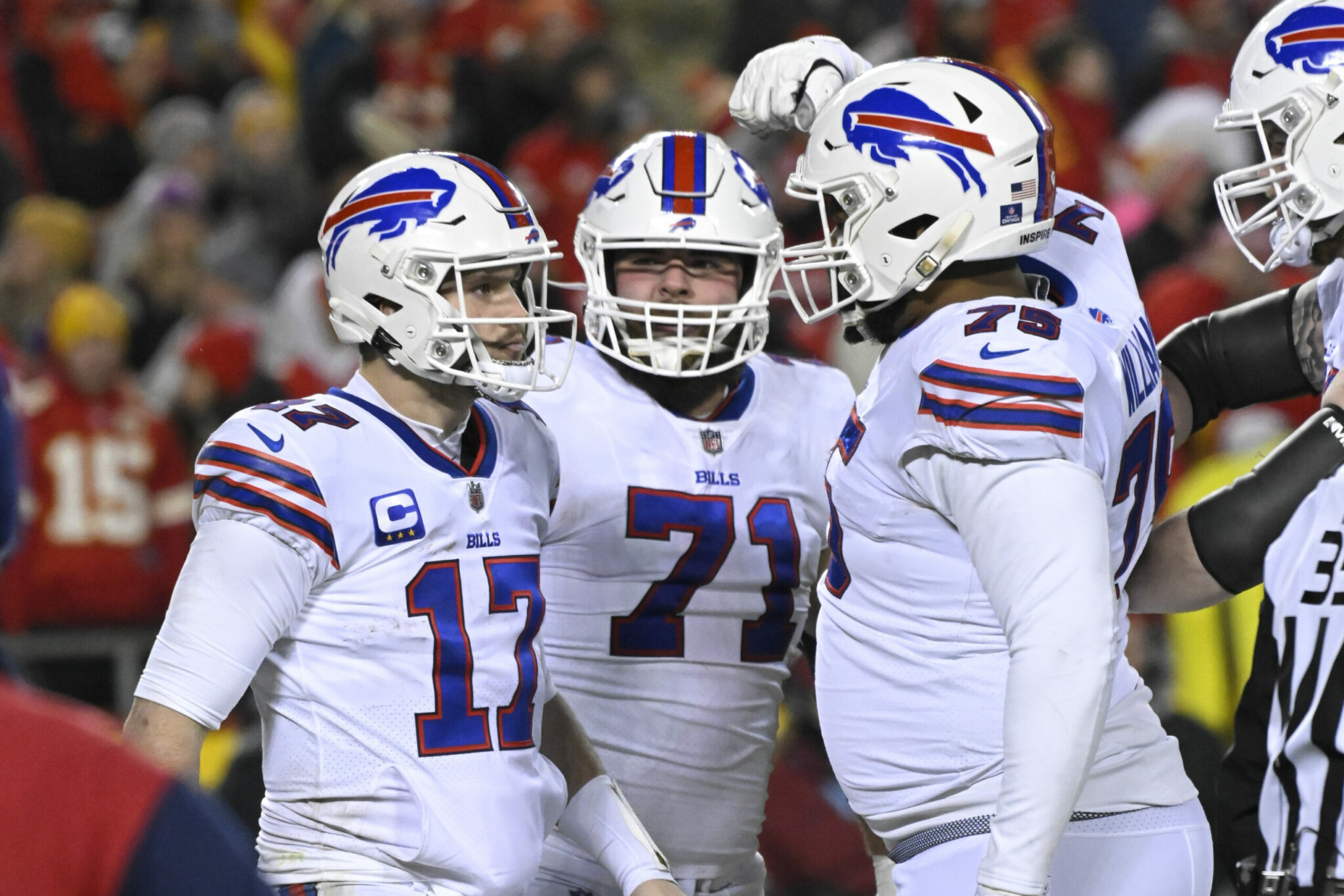 
Of course, I’m excited for every football season, but the 2022 NFL season will have a little extra excitement, with more holiday games this year. In addition to the usual Thanksgiving slate, Christmas Day falls on a Sunday this year, and we’re expected to get three games for December 25—in addition to a big slate of games on Christmas Eve. It’s quite the gift for football fans, but we’ll also have a Halloween matchup, as the spookiest day of the year falls on a Monday in 2022. With that in mind, if I was making the 2022 NFL schedule, these would be my picks for the matchups on the holidays. We’ll find out the real matchups one week from today, when the 2022 NFL schedule releases on Thursday, May 12.

The Ravens almost must be the choice for the Halloween Monday Night Football game. Their mascot is a perfect fit for the holiday, and the dark color scheme of black and purple is also obviously a match for the spirit of the evening. Lamar Jackson and company also happen to deliver entertaining primetime games, including last year’s sensational comeback victory over the Colts on a Monday night. There are plenty of choices for Baltimore’s opponent, including their three divisional foes and the Broncos; but it doesn’t get much scarier than the way Josh Allen has played quarterback, so Allen and the Bills heading on the road is the choice.

The Eagles have played in some memorable Thanksgiving games, but it’s been several years since they played on the late Thursday in November (when Calvin Johnson scored three touchdowns on them in 2015). Philadelphia has a talented roster that added A.J. Brown, Jordan Davis, and Nakobe Dean this offseason, and they should at least be a solid team that’s in the playoff mix at this stage in the year. Meanwhile, the Lions have some dynamic talent of their own, adding Aidan Hutchinson and Jameson Williams in the first round of the draft. I think the Lions can sneak up on people this season, and Philly-Detroit could be an electric high-scoring matchup.

The toughest part about this was trying to figure out where elite teams like the Bucs and Bills should go. The NFL has no issue with ratings, particularly on holidays, but it’s difficult not to be optimistic about the number of viewers for a Tampa Bay matchup at Dallas on Thanksgiving—featuring the G.O.A.T. Tom Brady against the league’s most valuable franchise. The 2021 season opener between these two teams was very entertaining, and hopefully it’d be more of the same on Thanksgiving this year. I would be somewhat surprised if this isn’t the matchup—given that the Bucs are scheduled to go to Dallas this season, FOX is no doubt begging for this to happen.

The Thanksgiving nightcap was a tough one. You want to get something familiar—maybe a divisional matchup, as I’ve liked Ravens-Steelers before it was rescheduled a couple of seasons ago due to COVID. But I’ll go with the revamped Raiders team heading to Pittsburgh to face the Steelers on Thanksgiving Night. Vegas helped provide a great game at Dallas on Thanksgiving last year, and I felt like the AFC West should be represented somewhere on this day.

‘Twas the night before Christmas… I’m not going to pick the entire Saturday schedule, but the night game on Christmas Eve is one of the first I’ll be looking for when the schedule releases next Thursday. The Packers played on Christmas Day last year, but we’ll keep them in primetime while giving them off on December 25. Lambeau Field just feels like a good fit for a holiday game in late December, and it doesn’t get much better than the Cowboys coming to town.

This should be an East Coast team hosting the first game on Christmas Day, so the options were somewhat limited. But Colts-Patriots is one of the NFL’s top non-divisional rivalries, and I wanted to go with cold weather stadiums for Christmas as opposed to domes or warm-weather environments (though Tampa Bay hosting someone wouldn’t be a bad choice). I fully expect the Colts to be competitive with Matt Ryan at quarterback, and the Patriots should not be discounted under Bill Belichick and impressive second-year quarterback Mac Jones. This could be a fun start for Christmas Day games.

Again, wanted to get the AFC West involved here. The Chargers already face the Chiefs in the first exclusive Thursday Night Football game on Amazon Prime in Week 2, so I’d go with Chiefs-Broncos at Denver in the late-afternoon Christmas Day matchup.  To be honest, the Chiefs are much more palatable to me without Tyreek Hill on the team, and the Patrick Mahomes-led offense is still going to put up fireworks—and on the other side, Russell Wilson is going to be running the show for a Broncos team that has the pieces to give Kansas City trouble. To note, I was going to put this game in Arrowhead, but the Broncos have played three Christmas Day games, and none have been at home yet (including a 2016 Christmas game they lost at KC).

Finally, while I was thinking a Christmas Night game in Buffalo would be the selection (if so, it would be the Packers, who are going to Buffalo this season, in which case Christmas Eve would be a different matchup), I liked the idea of the Bills facing the defending AFC champion Bengals instead—a showdown scheduled to happen in Cincinnati. Playoff seeding and a potential first-round bye could be at stake for Bills-Bengals, and we’d see if Josh Allen can take his Thanksgiving success over to another holiday. This would be all AFC Christmas Day matchups, but it does look like the stronger conference right now, and the NFC has four of the six teams involved on Thanksgiving for my picks.