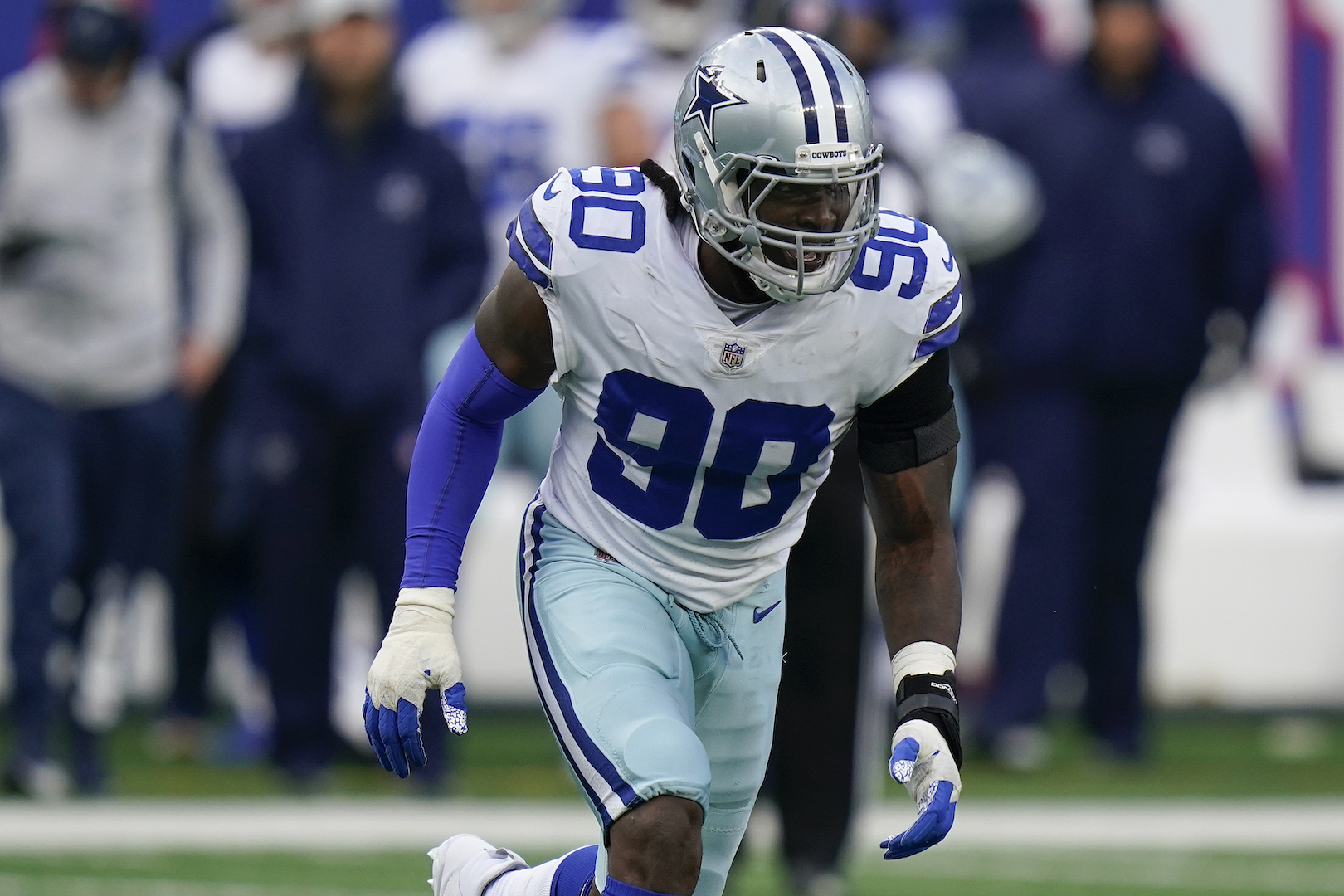 
We’ve had leaks and rumors flying all over the internet with the 2022 NFL schedule set to officially release tomorrow night. One big question is which team will face the defending champion Rams in the 2022 NFL Kickoff game on Thursday, September 8. Signs point to the Bills being the opponent, but it’s not yet official and I’m ranking the eight possible teams on the Rams’ 2022 schedule. Please note that the Broncos are not an option because it was already announced that they’ll face Los Angeles on Christmas Day.

The six through eight spots could be interchangeable, and really they are the three teams I don’t think have much of a chance of being featured in the season opener. If the Panthers went with a veteran quarterback upgrade like Jimmy Garoppolo, then I think things could be different. But Sam Darnold has had some struggles and turnover issues early in his career, and it’d be unfortunate if he and Carolina were thrown right into a matchup with the stingy Rams defense. That’s not to say that I don’t think the Panthers can be good this season—but they simply haven’t yet earned a season opener.

I like Marcus Mariota as much as anyone, but the Falcons trading away former league MVP Matt Ryan (and losing Calvin Ridley to a year-long suspension for betting on games while he was away from the team last season) pretty much put the Falcons out of the running for the 2022 NFL Kickoff game. However, Atlanta does have exciting talent including Kyle Pitts, A.J. Terrell, and Drake London, so maybe there’ll be a major surprise and the team plays in the opener. Just don’t count on it.

If the Seahawks landed former No. 1 overall pick Baker Mayfield, who is a polarizing and marketable player, I might consider it a possibility for them to face the Rams in the opener. But it’s very unlikely that Seattle will be the choice after trading away Russell Wilson this offseason. If they do, though, it would be interesting to see the Seahawks’ gameplan unveiled, as it looks like it’ll be a very run-heavy attack on offense while looking to keep games close defensively. But overall, the NFL spreads for these first three teams wouldn’t be close enough to go with them in a season opener.

The Cardinals handled the Rams in their first matchup last season, but LA eventually won the second matchup and then the all-important Wild Card Round game. So, while the playoff game did not go well at all for Arizona, it’s been a competitive series between the divisional foes. Wide receiver DeAndre Hopkins would be suspended for this one, but the Cardinals added Marquise Brown and have enough firepower to compete even without Hopkins.

While the Cardinals would not be a surprise, I fully expect it will be one of these top four teams that will open the 2022 NFL season in Los Angeles. For the Raiders, it would be a short trip, and the team boosted its roster by adding All-Pros Davante Adams and Chandler Jones on offense and defense—and they’re led by new head coach Josh McDaniels, who is getting a second crack at a lead job. Vegas delivered among the most entertaining primetime games in 2021, and they should be in strong consideration for plenty of primetime action this year.

Because the Cowboys were in the season opener last season, a repeat might be unlikely. But the schedule makers might like the idea of putting their most valuable franchise in the opening game again, as the schedule happens to line up with them playing on the road versus Los Angeles in 2022. Star power would not be lacking in a Cowboys-Rams matchup, with Dak Prescott, Ezekiel Elliott, CeeDee Lamb, Micah Parsons, DeMarcus Lawrence, and Trevon Diggs among those that’ll be on the Dallas side facing Aaron Donald and company.

The Rams were able to pull off the victory in the NFC Championship last season, but the 49ers have given them a ton of trouble over the years. DeMeco Ryans’ San Francisco defense would have even more time to prepare—though so would Sean McVay and the Rams offense on the other side—and this would be a fun one, as their matchups last season were. Also, Week 1 is fully expected to be Trey Lance’s time as the full-time starting quarterback for the Niners after a full offseason as the No. 1, so we’d be getting a nice look at his progression and the adjustments Kyle Shanahan’s offense makes with him under center.

Finally, my personal choice and the most likely to play in the season opener, the Bills are the consensus Super Bowl favorites and look to have a potential juggernaut type of squad. I basically just put Tom Brady on another level for these types of things at this point, but Josh Allen might be the best overall player in the league right now aside from the greatest in history—Allen and his Bills teammates would be fired up for this one. Buffalo will be a celebrated selection if it is in fact the opponent for the Rams in the 2022 Kickoff game.