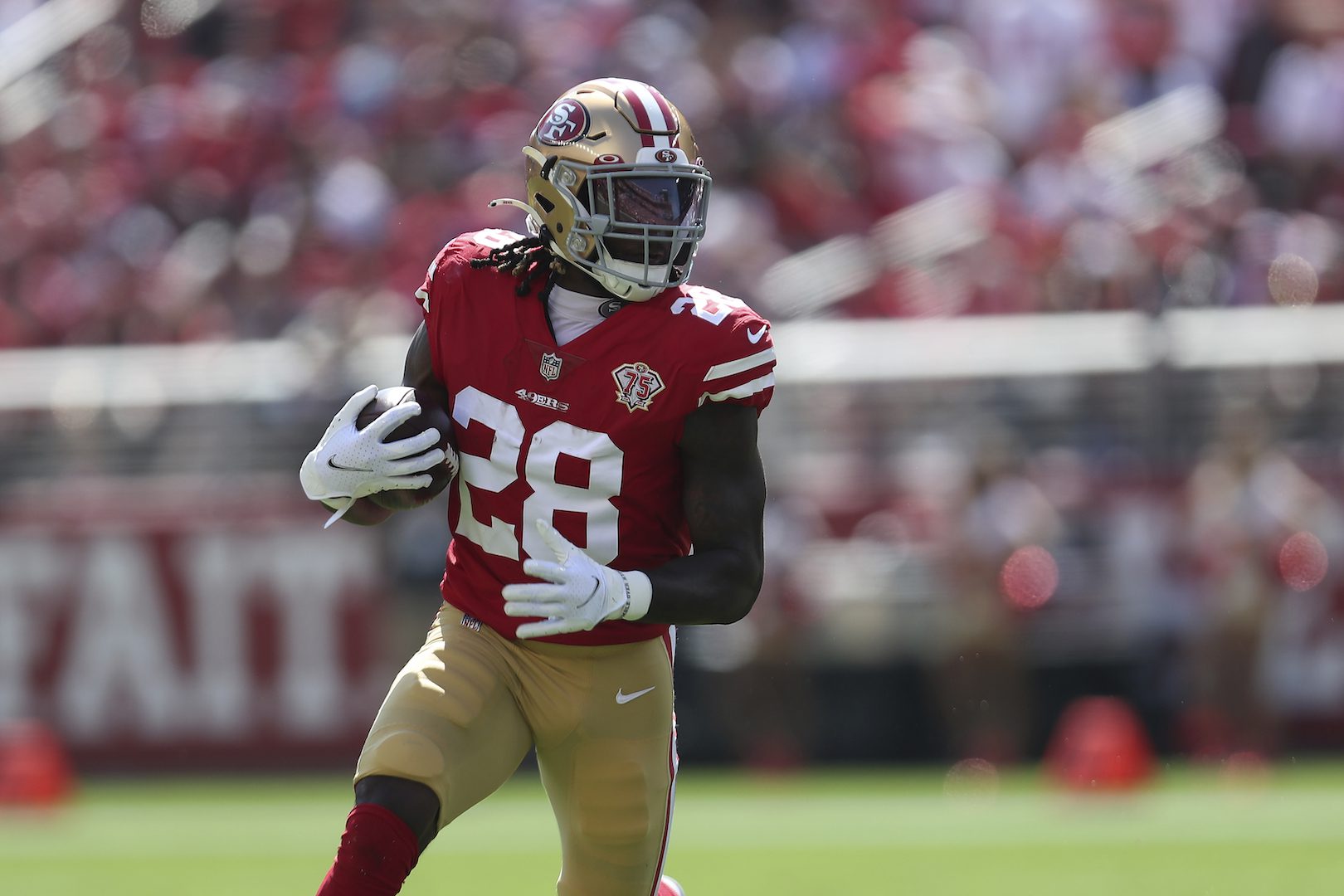 
Players are starting to report for 2022 NFL training camp, but some of them will be on the move in the coming weeks. There are trades every summer, and a few big names are known to be on the block ahead of the start of camp. Here are five realistic NFL trade possibilities before the season.

The feeling for the past several weeks, and as indicated by the selection of Montana State’s Troy Andersen in Round 2 and the signing of linebacker Nick Kwiatkoski, has been that Deion Jones will not be back with the Falcons this season. It’s somewhat surprising given that he’s been one of their most productive players since being drafted in the second round in 2016, but Atlanta probably wants to get cheaper at the position. It’s easy to envision a team like the Patriots swooping in and acquiring the all-around linebacker for a draft pick during training camp. Jones is just 27 years old and can fly around on defense, and he might get a jolt and again perform like one of the league’s top linebackers while playing in a Bill Belichick scheme.

Kansas City has Frank Clark at one defensive end spot took Purdue pass rusher George Karlaftis in the first round this year, but a hopeful Super Bowl squad can never have enough strength off the edge. Robert Quinn wants to play for a contender, and the Chiefs have shown that they are willing to get aggressive to improve their roster around Patrick Mahomes. Also, new Bears general manager Ryan Poles has been in various scouting and front office roles with the Chiefs since 2009, so the relationship is there to easily pick up the phone and get something done. The question becomes the compensation for Quinn, as Chicago isn’t expected to contend in 2022 and might not have a ton of leverage for a 32-year-old player that wants out; but on the flip side, he had 18.5 sacks last season and could be a major factor for a team like the Chiefs if he’s on top of his game. Something around a conditional fourth-rounder that can turn into a third might be fair.

For whatever reason, third-round pick Trey Sermon was out of favor with the Niners coaching staff as a rookie last season despite running well when he had the opportunity. San Francisco drafted LSU running back Tyrion Davis-Price in the third round this year—perhaps it was more of a depth move for a team that’s dealt with a ton of injuries at the position over the years, but Sermon is probably available for trade. The Eagles would be a tremendous fit, as the former Oklahoma and Ohio State runner would have room to slash behind one of the NFL’s top offensive lines. I love just about everything the Eagles have done this offseason, and this would be yet another high-upside transaction. A single Day 3 pick is almost certainly enough to get it done, and it’s a move Philadelphia should look into.

Former Jets second-round pick Denzel Mims is too talented not to find his way onto the field more this year, and a trade might be the way to make that happen. The Colts are another trade fit for Mims, but I’ll say the Raiders are the best spot for the Baylor product. Derek Carr has helped elevate receivers throughout his career, and Mims profiles as a natural weapon on the outside for the veteran quarterback. Vegas signed Demarcus Robinson and Keelan Cole to go along with Davante Adams and Hunter Renfrow, but Mims can rotate into the group—with the chance to eventually become a bonafide starter. Being in a wide receiver group led by Adams could also be a benefit for Mims, who can watch and learn from arguably the game’s best.

We’ll end with the most obvious trade candidate, 49ers quarterback Jimmy Garoppolo. This has dragged on much longer than anticipated thanks in part to Garoppolo undergoing shoulder surgery, but the 30-year-old has shown that he’s undoubtedly a starting quarterback in the league. Perhaps injury will strike this summer and more teams will become interested, but it’s probably down to the Seahawks and the Browns (assuming Deshaun Watson is actually suspended for the season, as I think he should be) in terms of likely starting gigs right now. I’ll say the Niners—while they would prefer to trade him elsewhere instead of within the division—will do right by a quarterback that helped them get to the Super Bowl a few years ago and trade him to the team he can start for in 2022.

Seattle will clearly be a very run-heavy team this season, but they also have DK Metcalf, Tyler Lockett, and tight end Noah Fant among their weapons. I believe Jimmy G, who has proven to be a clutch player, would be a strong fit playing for a defensive-minded, ball-control type of approach with the Seahawks. Garoppolo could help Seattle potentially push for a playoff spot despite trading away Russell Wilson this offseason. And to note, this is not to say Drew Lock or Geno Smith wouldn’t do a good job if one of them starts; Lock showed some flashes in Denver, and Geno played pretty well last season while Wilson was out. But Garoppolo has become one of the NFL’s most underrated players.