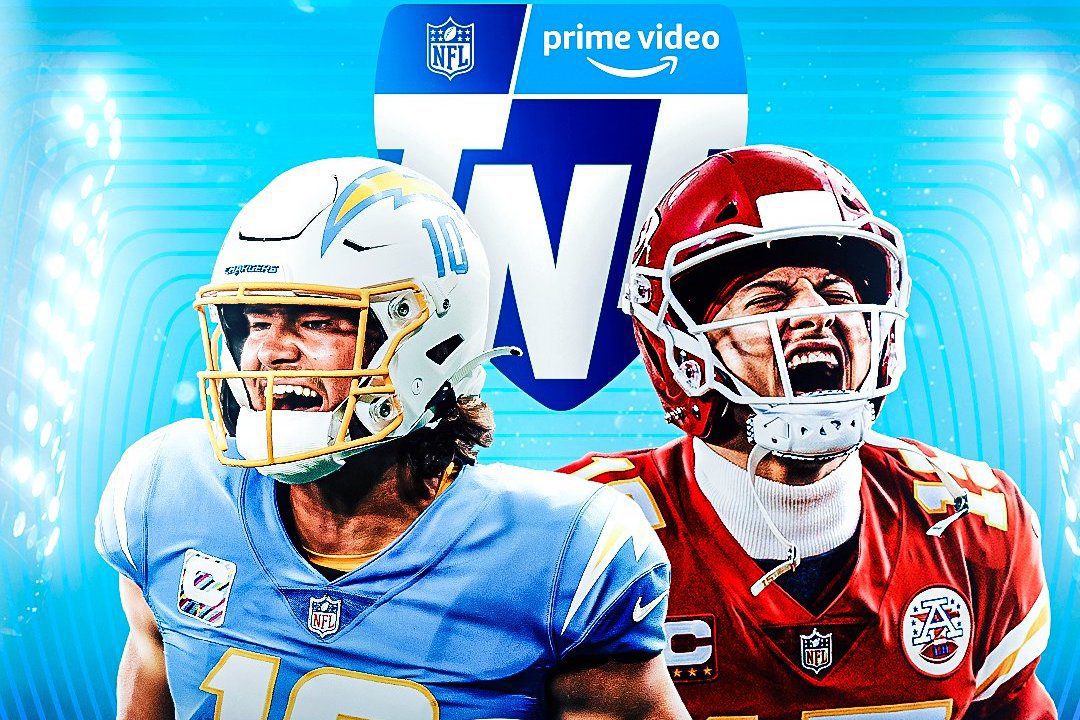 
Over the next few weeks, the Top Ten Tuesdays will highlight the best primetime games on the 2022 NFL schedule. We’re starting today with Thursday Night Football, its first season exclusively on Amazon Prime Video. The Thursday night schedule is packed, but these are the best of the best for 2022 TNF on Amazon.

The big question for this Week 3 matchup is who will be under center for the Browns. Don’t count on that player being Deshaun Watson, who should be facing a very lengthy suspension for his off-field transgressions—and the Browns might have burned the bridge when it comes to former No. 1 pick Baker Mayfield. Meanwhile, the Steelers will have a quarterback competition between Mitchell Trubisky, Kenny Pickett, and Mason Rudolph this summer. Regardless of the quarterback matchup, there’ll be plenty of star power on both sides of the field of this AFC North matchup.

Looking at things right now, this NFC showdown between the Saints and the Cardinals has some sneaky potential to be an outstanding Thursday-nighter in mid-October. Both teams can put up points and both added speedsters (Marquise Brown and Chris Olave) at receiver, and both defenses were in the top half of the league in scoring and yards allowed in 2021. Also, we’ll be tracking DeAndre Hopkins’ return from his six-game suspension; he’ll first be eligible in Week 7, but it’ll be on a short week for Thursday night.

December Derrick Henry on Prime Video? Sounds fun, and the Cowboys defense led by Micah Parsons will have quite the challenge in the penultimate week of the regular season. These two squads figure to be either fighting for a playoff spot or for playoff seeding in their respective conferences, and it should profile as a gritty and well-played contest in Tennessee. And for many fantasy leagues, this will kick off the final week of fantasy championship games.

Tua Tagovailoa is entering a critical third season as the Dolphins’ quarterback, and he appears to have a different mindset, recently calling out the “Twitter warriors” for their criticism. Tua will certainly have the pieces to show that he is a franchise quarterback after Miami traded for Tyreek Hill and revamped their running back room under first-year head coach Mike McDaniel. On the other side, no one questions Joe Burrow’s status with the Bengals, and he arguably has even better weapons. This has shootout potential, but the battle between Cincinnati’s star receivers and Miami’s star cornerbacks will be fun to watch.

The Titans are actually on Thursday Night Football twice in 2022, with their first matchup coming at Lambeau Field against the Packers the week before Thanksgiving. These two squads played a couple of seasons ago in late December, and it did not go well for the Titans in a snowy 40-14 loss during which Derrick Henry was contained (relatively speaking, rushing for 98 yards on 23 carries). Ryan Tannehill did not play well that game, so both he and the Titans defense will look to have answers on the road this time around.

Likely to be termed the “Peyton Manning Bowl”, the Colts and the Broncos will play on the first Thursday in October. By around this time in Week 5, teams should have found their footing—including these two squads with new veteran quarterbacks in Matt Ryan and Russell Wilson. The Indy and Denver defenses both have top-five upside, and Colts-Broncos has the makings of a potential playoff preview. This game could be at least a couple of spots higher, but a couple of later-season games get a boost.

Bills-Patriots on Prime Video in Week 13 (the week after Thanksgiving, which both teams play on) was one of the first known games on the 2022 NFL schedule because Amazon wanted to get New England on a broadcast for the first time. While the playoff matchup did not go well for the Pats last season, this rivalry should be much close when they face off in Foxboro to begin the month of December. Even against a stingy Buffalo pass defense, expect Year 2 Mac Jones to be able to open things up more if called upon.

After the offseason the Raiders had, if it translates to success on the field it would not be surprising if this Week 14 game in Los Angeles is called a potential Super Bowl LVII preview. The Rams are the defending champions and boast a top defense led by Aaron Donald, who is back with the team after signing a new contract; but new Vegas receiver Davante Adams has had success versus the LA defense in the past. If Derek Carr and the Raiders are in the playoff picture at this stage in the year, TNF could be an opportunity to show that they are legit championship contenders.

The first Thursday Night Football game exclusively on Prime Video was announced as the Chiefs and the Chargers, so Amazon and the NFL are obviously very excited about this one, as they should be. Patrick Mahomes and Justin Herbert are two elite quarterbacks leading talented rosters in what should be the NFL’s best division. Kansas City and Los Angeles played in two of the most memorable games last season, splitting the season series after a walk-off winner by Travis Kelce in overtime last December. Look for similar fireworks to kick off Week 2.

The rareness of this matchup is what makes it the No. 1 Thursday Night Football game on Prime Video in 2022. John Harbaugh’s Ravens are always competitive, and Lamar Jackson is looking to bounce back from a disappointing 2021—perhaps most of all, he wants to show what he can do as a passer, as there continue to be doubters of his ability there. Facing the G.O.A.T. Tom Brady on the other side will be a tremendous test for Jackson and Baltimore. There should be high levels of respect on both sides, and it would be disappointing if this isn’t one of the games of the year.