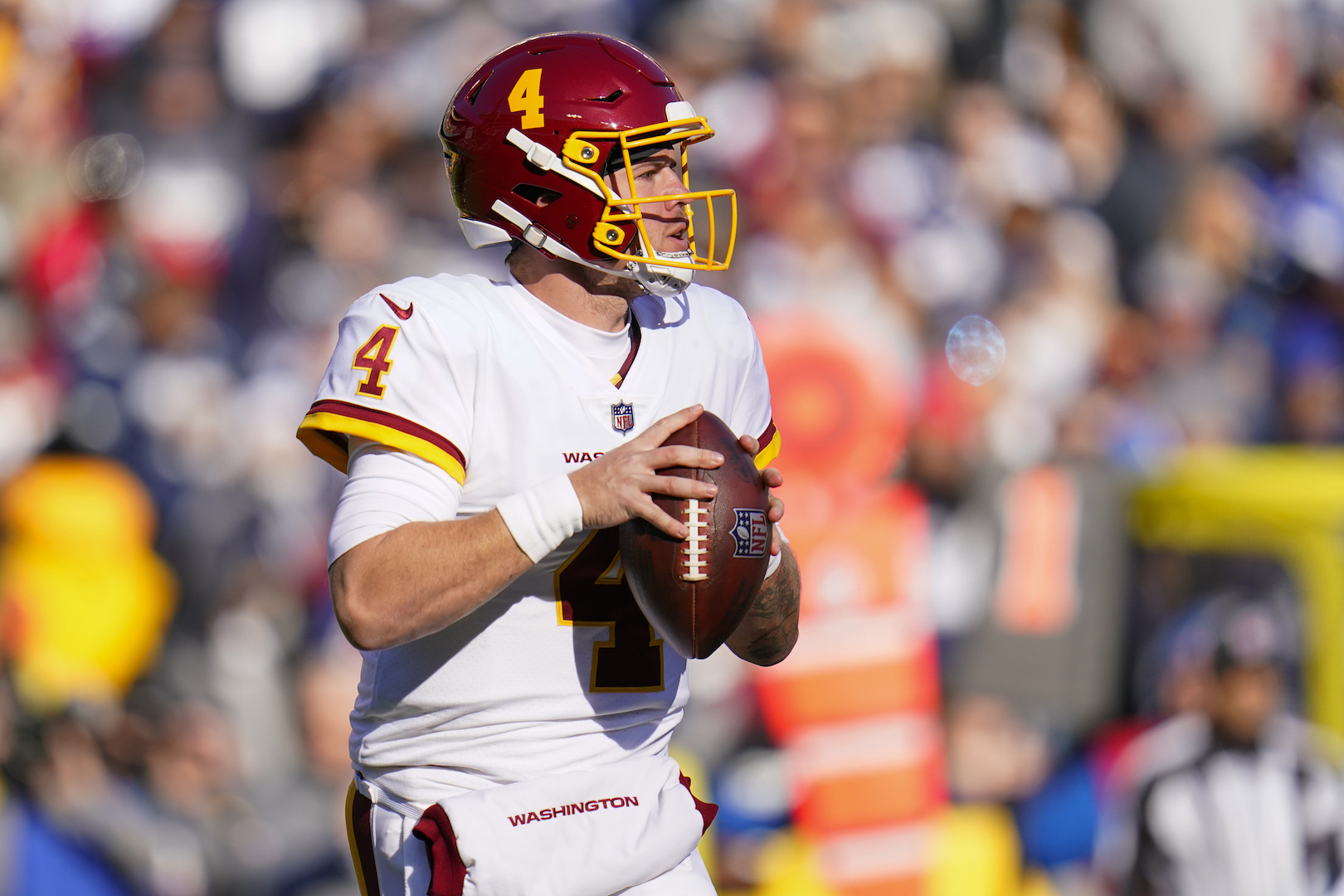 
The first full week of preseason action kicks off tonight, and this article provides some brief thoughts on what to watch out for in each game.

The New England offense has reportedly not looked impressive in practice, but there are some indications that Mac Jones could sit out tonight—which makes sense if the offensive line is still finding its footing. On the other hand, the Giants plan to play their healthy starters, so I’ll have my eyes on No. 5 overall pick Kayvon Thibodeaux and No. 7 overall pick Evan Neal in their preseason debuts.

Although Lamar Jackson isn’t playing tonight, the depth at wide receiver is still very much worth watching for a team that has a bunch of spots open behind Rashod Bateman, James Proche, and Devin Duvernay. Last year’s fourth-round pick Tylan Wallace is someone that will get a chance to shine early as he hopes to show he’s deserving of a meaningful role in the regular season.

This is a great game to have on NFL Network with Jared Goff and the starters scheduled to play for about a quarter, especially since Marcus Mariota and third-round rookie Desmond Ridder should see a chunk of the action for Atlanta’s offense. This feels like a matchup that could have competitiveness that feels somewhat comparable to the regular season.

No. 1 overall pick Travon Walker was able to get his debut out of the way in the Hall of Fame Game last week, and tomorrow night should give us the first glimpse of him alongside Josh Allen in game action. So, will they be chasing down Deshaun Watson (who Cleveland announced is set to start); or will the NFL get their way with a year-long suspension imposed before kickoff?

Kyler Murray and Colt McCoy won’t suit up tomorrow night, so Trace McSorley will have a huge opportunity to prove himself in extended action. Coming out of Penn State, we viewed McSorley as a Day 2 prospect, and he has the mobility and arm talent to make things happen.

Eagles head coach Nick Sirianni has said the starters might play a series or two this week, but I’ll mainly be watching linebacker Nakobe Dean with the hopes he gets a decent amount of run. Remember, DeVonta Smith played quite a bit last year with the backups despite being the team’s first-round pick, so Dean should get an excellent opportunity to showcase his talent in real game action for the first time since the College Football Playoff National Championship.

The 49ers are now Trey Lance’s team with Jimmy Garoppolo set to be traded or released, and a strong showing could help take the pressure off and build momentum/confidence in replacing a guy that’s led the franchise to the Super Bowl and NFC Championship in two of the past three seasons. And of course, Green Bay’s fourth-round wideout Romeo Doubs has been perhaps the MVP of training camp (if such an award existed), and he’ll try to carry it over to preseason play.

Carolina’s quarterback competition might be the main attraction here, but I’ll also be keeping an eye on Washington’s quarterbacks. Carson Wentz is the clear starter—and backup Taylor Heinicke admitted as such earlier in the offseason because of the contractual/compensatory difference—but some questions could start to surface if Wentz doesn’t show well while Heinicke and rookie Sam Howell shine.

The Bears will be playing Justin Fields and company on Saturday, so it’s important for them to show some promise with serious concerns about the perimeter weapons behind Darnell Mooney. Defensively, Chicago has a very solid group in the secondary with rookies Kyler Gordon and Jaquan Brisker joining Jaylon Johnson and Eddie Jackson—which could present a nice challenge for Patrick Mahomes if he and the wideouts suit up.

Most will have their eyes on whatever starters and well-known rookies play in preseason games, but undrafted offensive tackle Ryan Van Demark is someone I’ll be watching closely. Already listed as the backup right tackle on Indy’s depth chart, Van Demark was a top-150 prospect for me earlier this year.

Seahawks-Steelers is perhaps the game of the entire preseason, as Geno Smith versus Drew Lock and the three-way battle in Pittsburgh arguably rank as the two most wide-open quarterback competitions in the NFL. I have a high opinion of all five options (at least compared to the media/fans), so hopefully they each show well in the first big game opportunity this month.

This feels like a matchup that will include little to no starters playing after the teams practiced together this week, but second-year passer Kyle Trask should see plenty of time for the Bucs as reason to watch. Also, I want to see how undrafted rookie Braylon Sanders does at wide receiver for Miami, as he was a top-100 prospect for me, and it sounds like he has a decent chance of making the team.

The Saints don’t have a quarterback competition this year, and Jameis Winston isn’t going to suit up after getting banged up in practice. Still, there will undoubtedly be non-starters looking to prove themselves worthy of a job—which happened last year for New Orleans when Paulson Adebo impressed in 28 snaps for his first NFL action. Watch out for Houston’s hard-running rookie runner Dameon Pierce.

Dallas won’t play their starters on Saturday night, and the Broncos also seems to be on the same page. Instead, young players such as linebacker Malik Jefferson for the Cowboys and wide receiver Seth Williams for the Broncos will attempt to take advantage of their playing time.

A preseason Battle for Los Angeles obviously doesn’t catch the headlines like a possible Super Bowl matchup would, and the Rams already saying they will rest backup quarterback John Wolford in the preseason shows how little importance is placed on it for them in terms of starters preparing for the regular season. If you want to keep an eye on a player that might see action in all three games, take note of rookie cornerback Derion Kendrick.

Josh Jacobs playing in the Hall of Fame Game leads me to believe the Raiders might have their starters out there on Sunday, and the best-case scenario would be Derek Carr and Davante Adams playing at least a series. If Kevin O’Connell and the Vikings decide to go with the same philosophy as the Rams, second-year guard Wyatt Davis and rookie linebacker Brian Asamoah II—the former of whom is hoping to get his career on track—are my main players to watch.