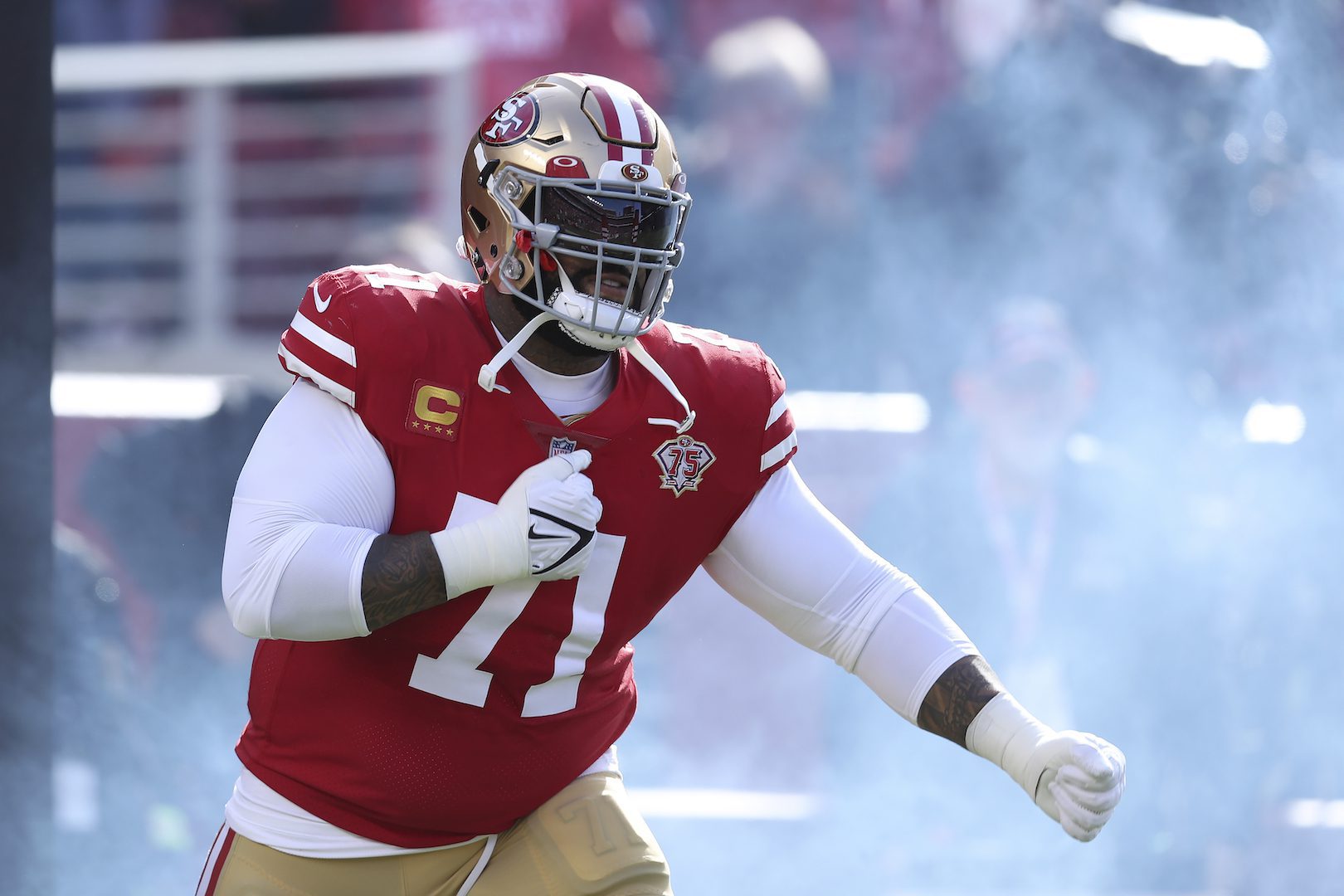 
Over the next three days, we will release our 2022 NFL All-Pro Selections—starting with the offense. As stated every year, we believe our All-Pro teams are better than the media selections (which often falls into groupthink), and it’s based solely on 2022 performance.

The quarterback selection—just like the NFL MVP race—can be given to any of Hurts, Patrick Mahomes, Josh Allen, or Joe Burrow. But the Eagles went 14-1 with their starter under center to claim the top seed in the NFC, and Hurts was pinpoint accurate as a passer to pair with high-end leadership and rare mobility (13 rushing touchdowns). The 24-year-old also took care of the ball with a more aggressive passing attack this season to prove himself as one of the NFL’s best players.

He was supported by another All-Pro at wide receiver, but Jacobs put the Raiders on his back for extended stretches this season—combining tough running with game-winning highlights as the team’s clear feature back. Overall, Jacobs averaged 20.0 carries per game despite playing through injury for a chunk of the year, and he never slowed down for Las Vegas in a disappointing campaign. The 393 touches easily led the NFL.

Jefferson being one of the two unanimous selections on the AP NFL All-Pro Team was well deserved, and he was more dangerous than ever in Kevin O’Connell’s offense—leading the league in both receptions and receiving yards. The ability to dominate underneath just as easily as he can take the top off makes Jefferson a nightmare for opponents, and he’s on an all-time pace through three NFL seasons.

The receptions and receiving yards might have dipped in Las Vegas, but Adams remained a top-tier wideout away from Aaron Rodgers—catching the majority of his 14 touchdowns from best friend Derek Carr while averaging a career-high 15.2 yards per reception. Plus, Adams was clutch like teammate Josh Jacobs, and extra attention with injuries to other Raider pass-catchers didn’t slow him down with his fourth 100-reception season over the past five years.

Brown is another superstar wideout that switched teams to catch passes from a longtime friend, and he kept up his elite efficiency (10.3 yards per target) with increased volume in Philadelphia’s dynamic offense. The team debut for Brown saw him catch ten passes for 155 yards, and he had monster games scattered throughout the season—including an 8/119/2 line versus the Titans that sparked a red-hot finish with 110.8 receiving yards over his final six outings.

The Chiefs trading away Tyreek Hill didn’t have much of an impact on Kelce’s ability to takeover games, as he set career-highs in receptions and touchdowns while surrounded by a rotating supporting cast on Kansas City’s creative offense. For opponents, the worst part of facing the Chiefs might be how easily Kelce—often on second-chance plays—can simply find space and rip off chunk yardage to break the spirit of a defense, and there is zero indication that he’ll decline in his age-33/34 campaign next season.

Andrew Thomas deserves an honorable mention here as the only constant on the offensive line of the Giants and a legitimate superstar player; but Williams has yet to be dethroned as the NFL’s best offensive tackle, and he led the way for multiple quarterbacks and running backs in 2022. Although San Francisco’s offense has playmakers all over, they’re able to operate at the level they do because of Williams’ contributions both in the passing game and running game.

Nick Chubb would have given Josh Jacobs a stronger case for the selection at running back if Cleveland didn’t slow down when Deshaun Watson entered the lineup—but Chubb and Bitonio weren’t to blame for the offense’s downturn. Not only did Bitonio consistently open holes in the running game, but he also did it without missing a single snap for the sixth year in a row.

We said last year that Kelce’s Hall of Fame resumé might have been stamped following another tremendous season, and now the question is how comfortably he could get in on the first ballot. Retirement questions lingered last offseason, but Kelce returned to anchor a Philadelphia offensive line that helped Miles Sanders make his first Pro Bowl, and the 35-year-old was always leading the way on the seemingly unstoppable quarterback sneaks by Jalen Hurts.

Martin joins Trent Williams and Jason Kelce as repeat selections on the offensive line, and he’s not seen his play drop off at all over the past two seasons after injury issues in 2020. Aside from blasting open holes for Ezekiel Elliott and Tony Pollard, Martin is one of the game’s top pass-blockers on the interior, and he only had one penalty called against him all year long. The former first-round pick is well on his way to Canton.

The value of Johnson was shown over the final two games with Philadelphia’s offensive line struggling without their six-foot-six right tackle, and he’s back on our All-Pro team for the first time since 2017. An outstanding pass protector that provides exceptional athleticism for his size, Johnson is another Eagle that has aged well into his 30s under the tutelage of offensive line coach Jeff Stoutland.