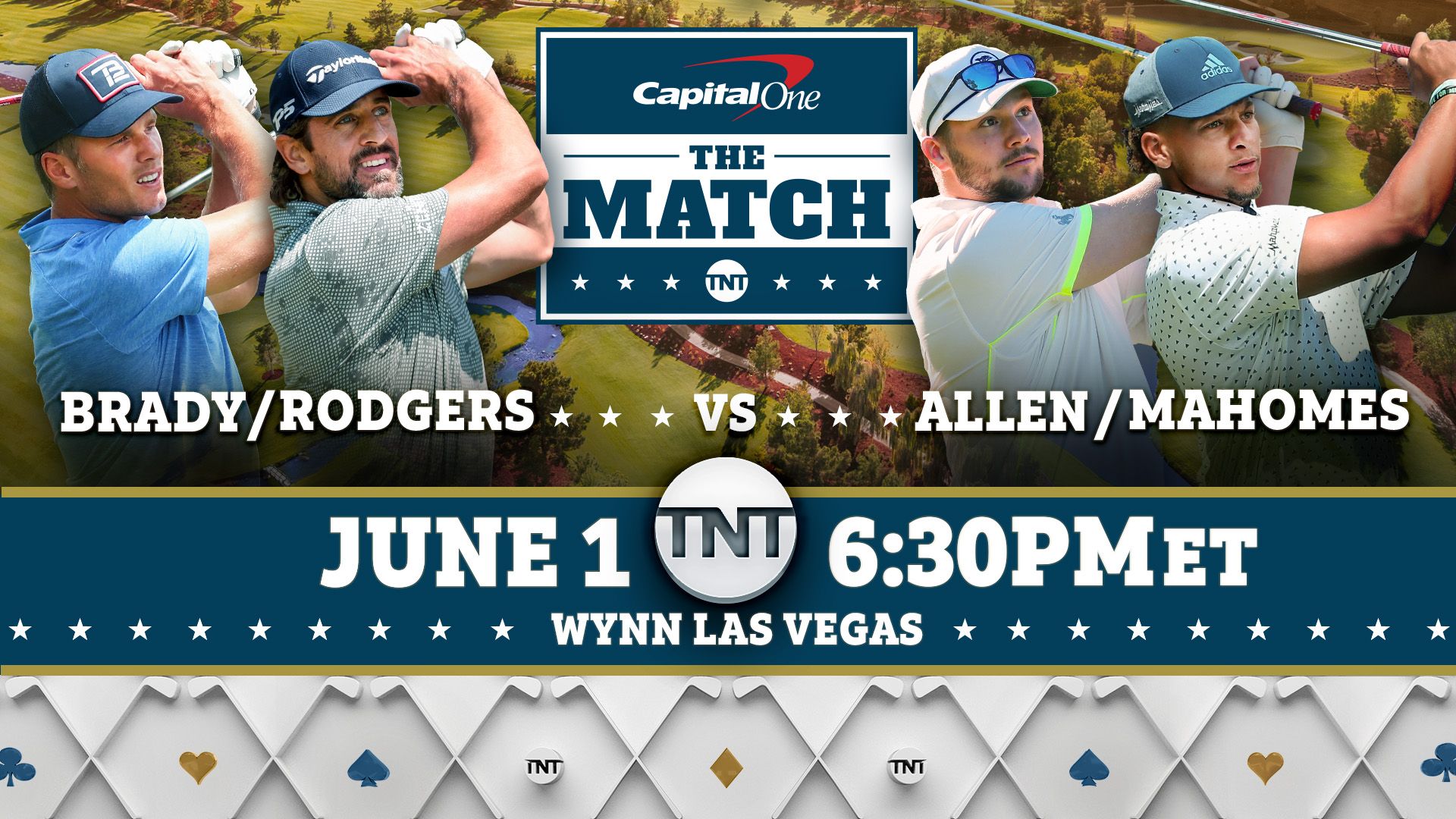 
The Match is back. After some friendly but convincing trash talk from both sides, Tom Brady, Aaron Rodgers, Josh Allen, and Patrick Mahomes will play today in Paradise, Nevada at Wynn Golf Club. This is the sixth version of Capital One’s The Match, and the third time Brady will be participating (and the second for Rodgers). Here’s what you need to know to watch The Match VI today.

All four star quarterbacks will be mic’d up during the event, so expect to hear the occasional ribbing—though these events have typically had the trash talk die down a bit when the event starts, as they’re all guys that respect each other and will be more focused on hitting shots and winning. But we’ll see if Allen and Mahomes come prepared with any comebacks to the talk from Brady and Rodgers:

Rodgers and Brady are ROASTING Mahomes and Allen 🤣

Brady lost each of his previous two appearances in The Match (paired with Phil Mickelson both times). Rodgers won his lone appearance (with Bryson DeChambeau as his partner versus Brady and Mickelson).

The Match VI will run 12 holes and will be played with the “shamble” best ball format. The shamble format means that all four players will drive, and each team can select the best drive and both teammates play it from there. For example, if Mahomes hits a perfect drive but Allen launches it into the trees, they would choose Mahomes’ drive to play off—and then both Mahomes and Allen will each finish the hole from there. So basically, each team takes the best drive and then continues the hole (with all four players finishing the hole from the best drive spot of their respective team).

Rodgers is thought to be the best golfer of the four quarterbacks, and he was excellent in his previous appearance in The Match. Brady has had some struggles, but he also hit some memorable shots:

It’ll be interesting to see Brady paired with Rodgers now. With over a decade more experience for both over their younger opponents, they should have the advantage (unless Mahomes and Allen have secretly been playing a ton of golf to catch up in time on the course).

Capital One’s The Match airs this evening at 6:30 PM ET on TNT.