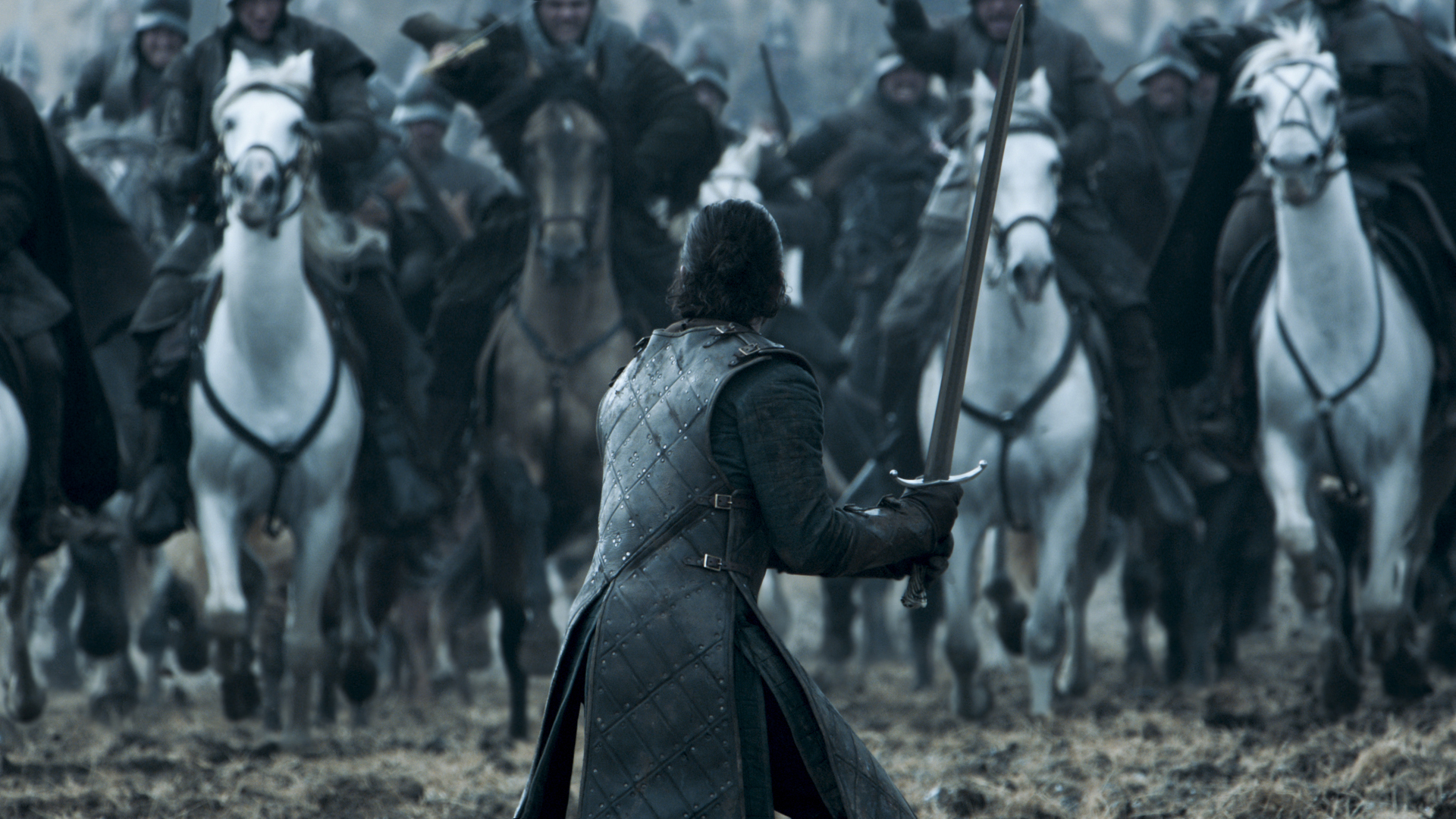 
To conclude the 2010-2019 decade, we’re picking some of the top things from the past ten years, from sports to entertainment, starting today with the top television shows from the 2010s. A decade is a long time, so plenty of worthy shows just missed the cut.

Most of The Office aired in the previous decade, but the final season with the irreplaceable Michael Scott aired at the start of the decade, while the series eventually gets to a pitch-perfect finish despite a rocky final couple of seasons without Steve Carell in the cast. Still today, The Office quotes and memes are prevalent in pop culture and on social media, and in that regard, the decade would certainly be a lot different if the show was not around. Among comedies, It’s Always Sunny in Philadelphia, Parks and Recreation, and Key & Peele are some other shows that stood out as the decade’s best.

Taking a classic movie like Fargo and expanding it into a bigger universe while doing the Coen brothers’ take justice was a tough task, but showrunner Noah Hawley and the team, with the Coen brothers as executive producers, have done it through three seasons on FX. Primarily set up north in the Dakotas and Minnesota, the show makes the viewer feel that they are in the same world every episode despite the story shifting each season while loosely connected. The comedic style might not be for everyone, but the dark comedy moments can be hilarious, and the varying cast—including Billy Bob Thornton highlighting Season 1 as the chilling villain Lorne Malvo—has been excellent every season.

It might be easy to forget Boardwalk Empire because it started at the very beginning of the decade and ended in 2014 after five seasons, but the Terence Winter-led series based on Nelson Johnson’s book, Boardwalk Empire: The Birth, High Times, and Corruption of Atlantic City, centered around Nucky Thompson (played by Steve Buscemi) masterfully weaves fact with fiction and includes historical characters like Arnold Rothstein (Michael Stuhlbarg), Stephen Graham (Al Capone), and “Lucky” Luciano (Vincent Piazza). The casting is impeccable, and the series has a Martin Scorsese (director of the pilot episode and executive producer overall) feel to it. The Prohibition period in Atlantic City gave Boardwalk Empire a distinct feel, with twists and turns as Thompson goes from political figure to straight-up gangster.

One of three shows on the list still on the air heading into the 2020s, Better Call Saul had a built-in following after the highly acclaimed Breaking Bad, but it has certainly carried the mantle about as well as imaginable for a spinoff show. Focusing on the transformation of Jimmy McGill into the infamous lawyer Saul Goodman (Bob Odenkirk), there naturally is not as much action in the series as there was in its predecessor, but there is serious drama, with a lot of it centering around Jimmy’s relationship with his brother Chuck (Michael McKean). Aside from Odenkirk’s continued fantastic portrayal of McGill/Goodman and the return of other fan favorites from Breaking Bad, Rhea Seehorn is a real standout as Kim Wexler and is an outstanding complementary main character that could probably get a spinoff series of her own.

Judging True Detective’s three seasons would likely be enough to get the anthology detective drama into the top ten shows of the decade, but the sensational first season starring Matthew McConaughey and Woody Harrelson puts it squarely on the top-five borderline. Season 1 of True Detective has an argument for the best season of a show in history, and the series from Nic Pizzolatto helped spawn more anthology series—picking up new storylines from season-to-season in many cases—from numerous networks and companies in the second half of the decade. The performance from McConaughey as Rust Cohle might have been his best ever, which is saying something for the Oscar winner; but Harrelson as Martin Hart is right there with his partner as the pair acts out a complex story spanning 17 years. Most would agree the next two seasons have not been particularly close to the standard set in the first year of the show, but the acting was very strong throughout, and it’s better than most things on television—Season 2 has a crushing ending, while Season 3 delivers an emotional story that plays out over many years.

The Americans might be the most underrated show of the decade. Set during the Cold War, the show follows Russian spies Philip and Elizabeth Jennings posing as Americans in Washington D.C.—while living across from, and befriending, FBI agent Stan Beeman. The espionage is top-notch as you would expect, but there are a bunch of themes throughout The Americans’ six seasons, including the U.S. vs. the U.S.S.R. (in terms of everything from culture to politics) and an examination of marriage. Everything comes to a head in the final season, including the heart-pounding chase and the spectacular parking garage scene among a few notable scenes in just the final two episodes. Matthew Rhys as Philip mostly played the part as somewhat reserved because of the character’s internal conflict, which made his blowups truly incredible. Meanwhile, Keri Russell as Elizabeth might have had the best performance of any actress in the past decade—TV or movie.

Influenced by Hamlet, Sons of Anarchy crosses Shakespeare with ultra-intensity to bring plenty of emotion and drama to an action-packed, violence-filled show. As set up by the loose Hamlet story structure, Sons of Anarchy was a hit because it was not just all settling scores and brute force, with shocking twists and stirring moments to keep viewers on the edge of their seats—and impatiently waiting for the next episode to air—throughout its seven-season run. The first two seasons began in the previous decade, but the show probably got better as it went. Charlie Hunnam’s versatile acting made Jax Teller a main character that can arguably be thrown in the mix with other primary protagonists like Tony Soprano and Walter White.

This all started at the end of the 2010s, and the first three (of seven) seasons aired before 2010, but Mad Men clearly belongs with the top shows of the decade. HBO’s big miss gave AMC a major powerhouse of a television series before Breaking Bad hit the air, and Mad Men really felt like it should have been a show that should have been on HBO—no disrespect to AMC, it just felt like that kind of style from The Sopranos executive producer Matthew Weiner. Mad Men was an exquisite portrayal of 1960s New York and the world at large, incorporating events and trends of the time while mostly focusing the outwardly confident Don Draper navigating—and dominating—the advertising agency landscape while battling his own inner turmoil. The period drama had the clear lead man in Draper (played by Jon Hamm, who received wide recognition for his great work in the part), but other characters like Peggy Olson (Elisabeth Moss), Pete Campbell (Vincent Kartheiser), Roger Sterling (John Slattery), Joan Holloway (Christina Hendricks), Betty Draper (January Jones), among many others, rounded out the cast perfectly.

The second consecutive AMC drama to appear in the top three of television shows from the past decade, Breaking Bad is seen by many as the top television series ever. The first two seasons (20 episodes) aired in 2008 and 2009, but the show picked up the pace as it went, and the final 42 episodes, including unforgettable chapters like “Full Measure”, “Crawl Space”, “Face Off”, “Ozymandias”, and the series finale “Felina” (just to name a few), all premiered this decade. Bryan Cranston as Walter White might be the best show protagonist in history alone, but he and Aaron Paul (as Jesse Pinkman) formed a duo that will be challenging for another series to match, and the growth (and rise and downfall) of all the characters was striking.

The disrespect Game of Thrones has gotten since the final season has been pretty crazy. Even if you disliked the final six episodes aired earlier this year to conclude the series’ run, Game of Thrones was filled with so many dramatic, chilling, heartbreaking, and memorable moments that it cannot just be discredited as a remarkable show because of an ending some vocal fans disagreed with. It’s difficult to imagine another series will be able to suddenly rip hearts out the way the Red Wedding did, completely turning things upside down in middle of the story by eliminating main characters; or deliver a battle far surpassing the quality seen in the highest-budget Hollywood films, and then matching or topping it on at least a couple of occasions; or have so many character deaths that anything can happen at any time, leaving you to think, for example, more fan favorites could be wiped out in “The Dance of Dragons”. Given how far the characters have come by the end, it was a legitimate journey that was not easy to predict, and it all happened in this decade. As a “fantasy” show, Game of Thrones might sound just OK, a little bit out there, or something you’ve seen before in Lord of the Rings or Harry Potter, but the story is so well thought out with a massive universe (created by George R.R. Martin) that is executed at the highest level possible on the screen by showrunners David Benioff and D.B. Weiss, with those fantasy elements on the outskirts of an otherwise realistic plot driven by real things like politics, relationships, war, and life-like character arcs. And the entire cast, from shorter stays like Sean Bean (Ned Stark) and Richard Madden (Robb Stark) to the mainstays like Emilia Clarke (Daenerys Targaryen), Kit Harington (Jon Snow), Peter Dinklage (Tyrion Lannister), Lena Headey (Cersei Lannister), Nikolaj Coster-Waldau (Jaime Lannister), and so many others, is as good as it gets. It’s rough right now in the eyes of some people, but Game of Thrones changed television and should be looked back on as the top show of the decade.