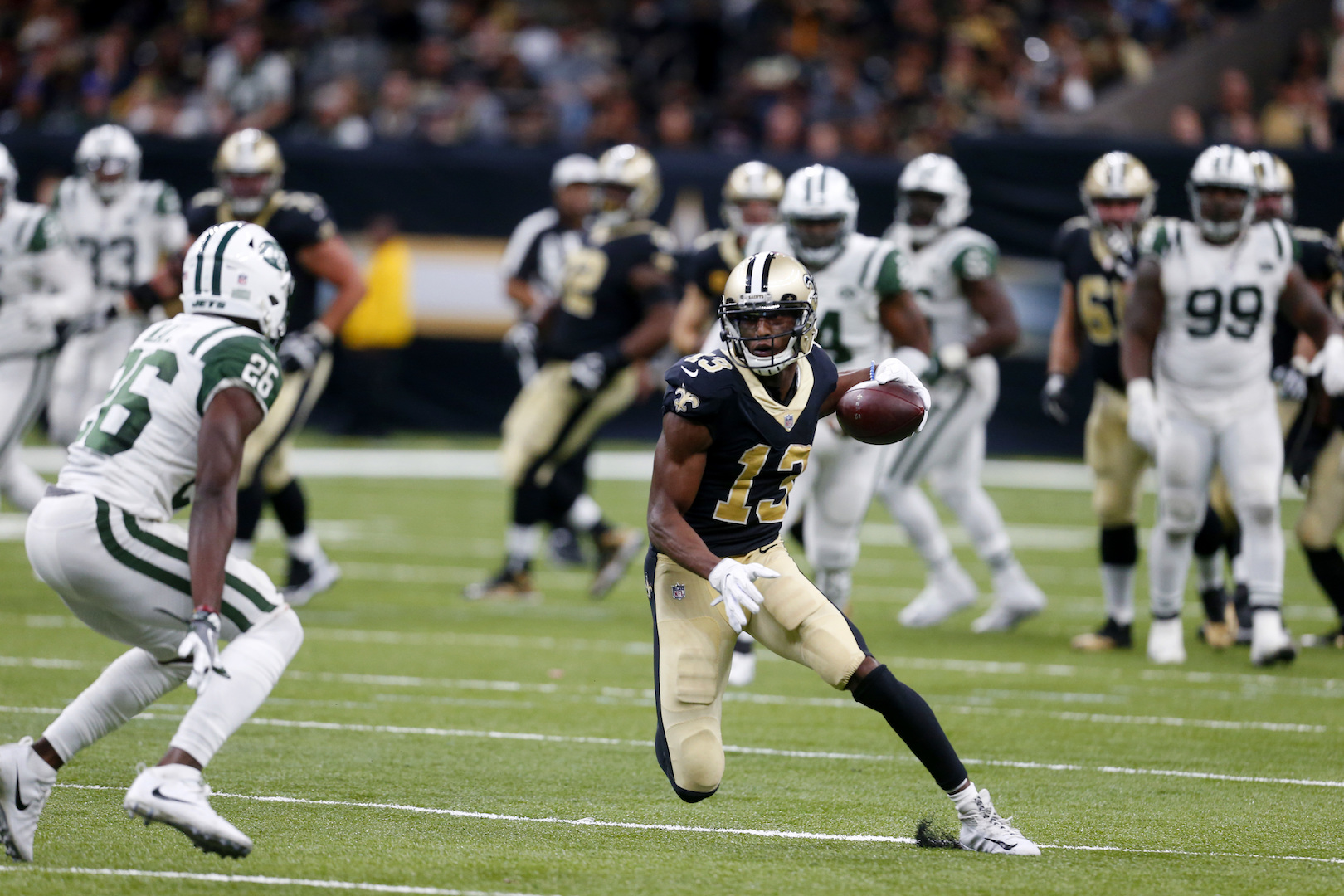 
Training camp is underway, and many people are gearing up for their fantasy football drafts for late in the summer. Over the next few days, we’ll have a look at some of the safest, riskiest, and highest-upside selections in 2018 fantasy drafts. Today, we’re starting with an All-Safe Team. This is for standard scoring with a lineup consisting of one quarterback, two running backs, two wide receivers, one tight end, and one FLEX (RB, WR, or TE).

Tom Brady hasn’t missed games because of injury since his ACL tear in 2008, and his TB12 Method has helped him become the most durable quarterback in the league even as he’s hit age 40. Aaron Rodgers is an option, but his style of play leads to more health concerns; as is Drew Brees, who would have been the choice if not for a more balanced offensive approach that led to a decline in fantasy points last season. On a fantasy points per game basis, Brady has finished as a top-four quarterback option in each of the last three seasons. His age shouldn’t be a concern.

After being a risky pick because of the six-game suspension hanging over his head last year, it won’t get much safer at the running back spot than Ezekiel Elliott in 2018. Dallas’ offense is going to run through Zeke, who could be more involved as a receiver now that Dez Bryant and Jason Witten are gone. There’s no injury history to worry about, and Elliott should be determined and relatively fresh after going through a mental strain last season.

A combined 1,541 touches in five seasons (not including postseason, while including just six games in 2015 because of his leg injury), equates to 308.2 touches per season. On the franchise tag last season, Pittsburgh gave Bell the ball a whopping 406 times; and this season, which sounds like Bell’s last with the Steelers, they could decide to give him even more touches. There’s more injury concern for him than some of the other running backs because of his injury history and the number of touches, but he still qualifies as a very safe fantasy pick because of the amount of points he puts up every single week.

Not much explanation is needed to explain the safeness of selecting Antonio Brown in fantasy drafts. His last five season finishes (from 2013-2017, starting with 2013) have been WR4, WR1, WR1, WR3, and WR2. AB has had at least 1,284 yards and eight touchdowns each season in that span, so you can pencil in that type of production if you select him in your fantasy draft.

Many fans and analysts like to get on Julio Jones because of his lack of high touchdown totals over the last few seasons, but he has at least 1,409 yards in each of those four years—which is insane. Jones has been a top-seven fantasy WR in all of those seasons, and there’s no reason to believe he won’t again be in that group in 2018. Also, the All-Pro is due for an increase in touchdowns after just three last season.

Injuries are the only reason Rob Gronkowski isn’t the choice here. Greg Olsen suffered a broken foot last season, but that was a one-off occurrence; Olsen hadn’t missed a game since the start of his career, which was back in 2007. He’s the only tight end in NFL history with over 1,000 yards in three straight seasons, which he did from 2014-2016. Back healthy with a new contract extension, Olsen is as safe as it gets at tight end.

The upside for Michael Thomas might not be that of an elite WR1 in a Drew Brees-led offense that spreads the ball, but he’s had WR9 and WR8 finishes to start his career, with lines of 92/1,137/9 and 104/1,245/5. His 196 receptions are the most in league history through two seasons, and he’ll probably break the mark for most receptions through three seasons (currently held by both Odell Beckham Jr. and Jarvis Landry, with 288).