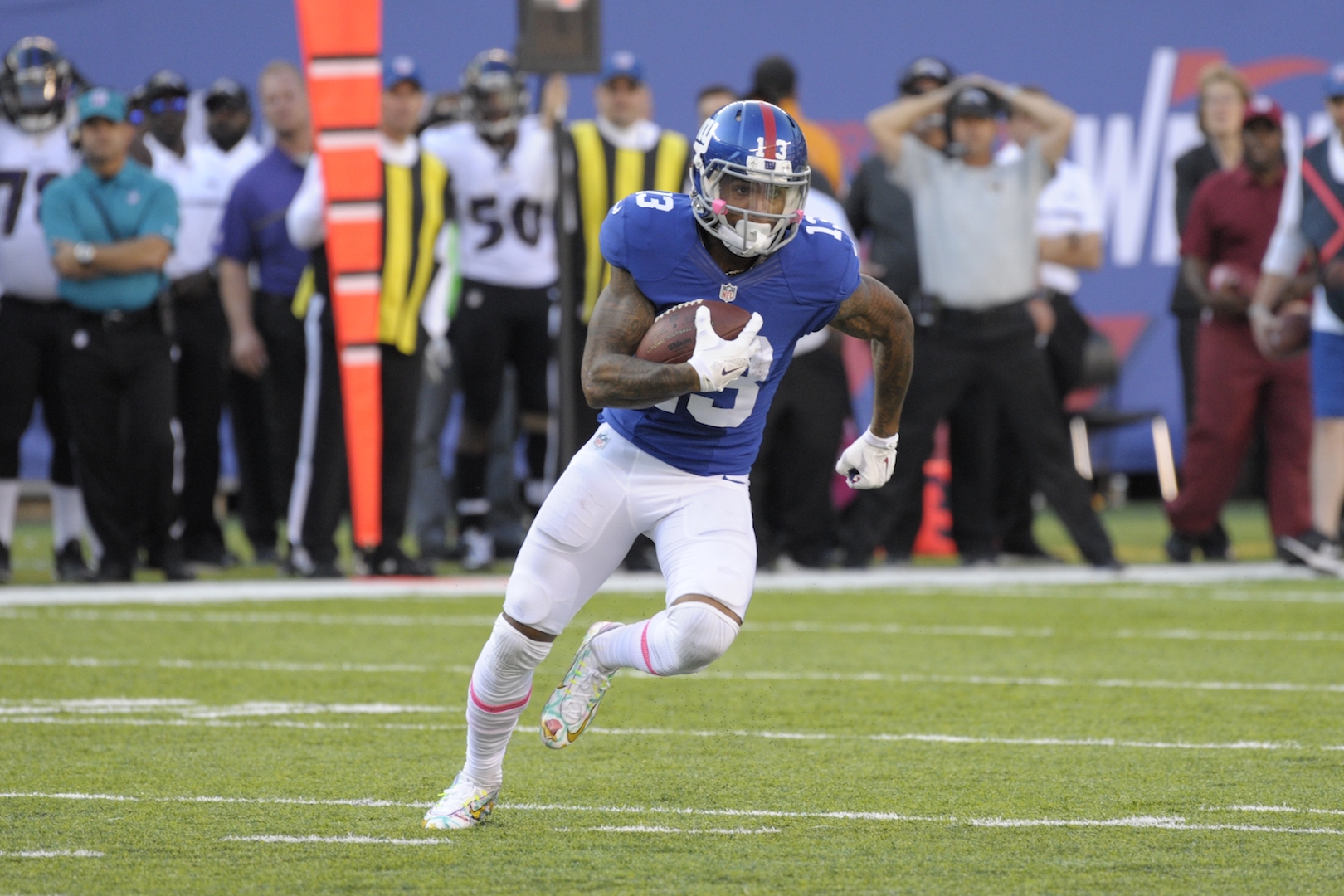 
The final of the 2018 All-Fantasy teams is the All-Touchdown-Potential Team. Touchdowns can be unpredictable, but these guys should have the best shot at getting the ball in the end zone for their real teams and your fantasy team this season. In case you missed them, the first three teams were the All-Safe Team, All-Risk Team, and All-Upside Team. This is for standard scoring with a lineup consisting of one quarterback, two running backs, two wide receivers, one tight end, and one FLEX (RB, WR, or TE).

Aaron Rodgers has hit the 40-total-touchdown mark four times in his career (most in the NFL), and he’s thrown for 40 touchdowns twice in his career. Losing Jordy Nelson is going to hurt, but the addition of touchdown-maker Jimmy Graham should help offset the loss. Rodgers has obvious potential for 40-45 touchdowns in 2018.

The Cowboys offense is going to run through Ezekiel Elliott perhaps more than ever this season, and that undoubtedly includes down in the red zone when they want to finish off drives. Elliott had 16 touchdowns as a rookie before scoring nine in ten games last season, so he’s a near lock for double-digit touchdowns and should be around 15-plus.

Last season, Gurley led the NFL with 19 combined rushing and receiving touchdowns, and there’s no reason to believe the Rams will take a step back offensively in 2018. If the defense is improved with the talented new additions they’ve made, Gurley’s squad could be in favorable positions often—which could mean more scoring opportunities for him.

His ankle injury ended the streak, but Odell Beckham Jr. started his career with three straight seasons of double-digit touchdowns. He can take a quick slant to the house in a flash, make one guy miss on an intermediate route and take it all the way, or simply run past the defense for six. History suggests OBJ should hit the ten-touchdown mark if he remains healthy.

The Packers might want to run the ball more with their staple of running backs near the goal line, and Jimmy Graham’s presence could be a concern, but Davante Adams leads the NFL with 22 receiving touchdowns over the last two seasons. Aaron Rodgers puts the ball wherever he wants, giving Adams an advantage in jump-ball situations.

Rob Gronkowski’s five seasons of ten-plus touchdowns is the most in NFL history at the position, and he’s still the best tight end in the game, so he’s an easy choice for the highest touchdown potential for tight ends.

As a rookie, Leonard Fournette scored ten touchdowns in 13 regular season games, then he followed it up with four touchdowns in the playoffs. The 2017 fourth overall pick is the unquestioned workhorse for Jacksonville, and the team is going to call his number when they’re at the goal line. Kareem Hunt and David Johnson were also strong options for this final spot.